In 2017, a shame culture still exists?when it comes to speaking up about female sexuality. Well, maybe if you’re an early-twenties Rihanna, you’re immune to the negativity that can come with talking about your lady parts publicly, but the everyday woman is reluctant and embarrassed to discuss potential problems with friends or even a doctor – regardless of age. Popular culture has attempted to dispel myths associated with female sexuality and anatomy – SATC, Girls and most recently Apple Tree Yard have all broken boundaries in this sense – but there’s still a reluctance to speak up. It’s very wrong that we should feel this way, but when we have men like Trump boasting about grabbing women “by the pussy,” is it a surprise that so many women feel shunned into silence?

Influential women in the public eye, however, have a huge platform to raise awareness about women’s health issues, which is why we rally around them when they do. From Lena Dunham opening up about her endometriosis, now we’re applauding her co-star?Zosia Mamet for speaking out about an equally painful condition: Pelvic Floor Dysfunction.

Pelvic Floor Dysfunction is experienced by over one-third of women, and this writer can attest, it’s a horribly uncomfortable condition to deal with. How do you explain to a doctor the pain that comes with your body constantly telling you to urinate when?your bladder is in fact, completely empty? Or that you’re mortified to tell this mystified professional of the unexplained pain when you attempt to have sex??Often, the condition can mask itself as UTI, making an official diagnosis hard to get. 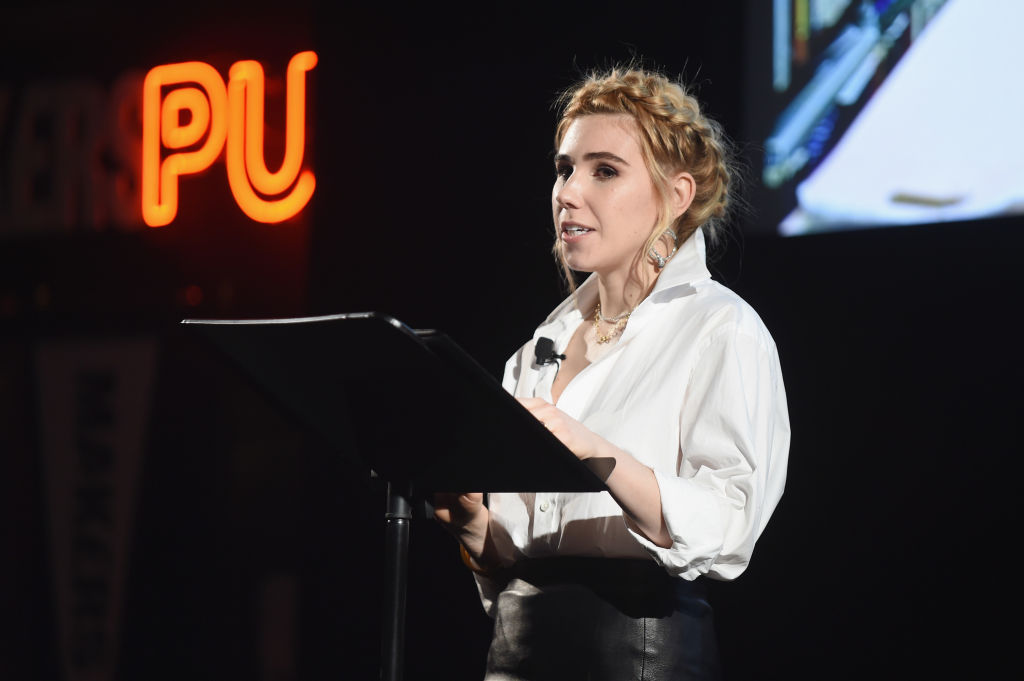 Mamet’said this was the part she understood, as for’six years doctor after doctor misdiagnosed what she now knows to be Pelvic Floor Dysfunction.

She was keen to share her story and raise awareness, so spared little detail when describing’main symptoms. They were “insane urinary frequency” and pain during sex (it felt like “a hot poker up my vag,”). ?The Girls actress went through a harrowing time as doctors struggled to treat her symptoms – one prescribed six weeks of an antibiotic for an STD that made her?gain weight and feel depressed, while another apparently poured acid into her vagina.

As if this wasn’t soul destroying enough, when every test result came up negative, more physicians told her she imagined her illness. “They told me I was crazy,” she told the crowd at the AOL’s Makers Conference in Los Angeles, while another called her “an uppity type,” and said she needed to “learn to self-soothe, missy.”

She was eventually treated by a physician who prescribed her physical therapy but said the biggest lesson came from experiencing the pain; an experience she wouldn’t change. “I wouldn’t trade in my pain,” she said. “My pain taught me everything. We need to trust our bodies. Just the fact that we are feeling it makes it real.”

And those are the words we need to remember when our bodies are telling us something doesn’t feel normal. No one ever has the right to tell you that such pain and discomfort is in your head. It isn’t. Trust yourself, trust your body and never be afraid to tell (as?Zosia puts it) “all those d**ks with plaques“?that you’re getting a second opinion.