People Magazine are reporting that Hollywood’s most famous bachelor, Mr George Clooney, is engaged to his girlfriend Amal Almuddin! Clooney has been dating the British lawyer since October last year and it is claimed the engagement happened “not that long ago.? In the past few months Almuddin has joined Clooney on trips to the White House and Tanzania. The beautiful duo have holidayed in the Seychelles together, as well as frequented some of the most exclusive Manhattan eateries. Almuddin is renowned for her legal brain when it comes to international human rights law and is Wikileaks founder Julian Assange’s barrister. Combine this with The Monuments Men star’s interest in the situation in Darfur and we think this couple might knock Brangelina off the do-gooder couple pedestal. We speculated about the brainbox here a few months ago when she first crossed our gc radar. 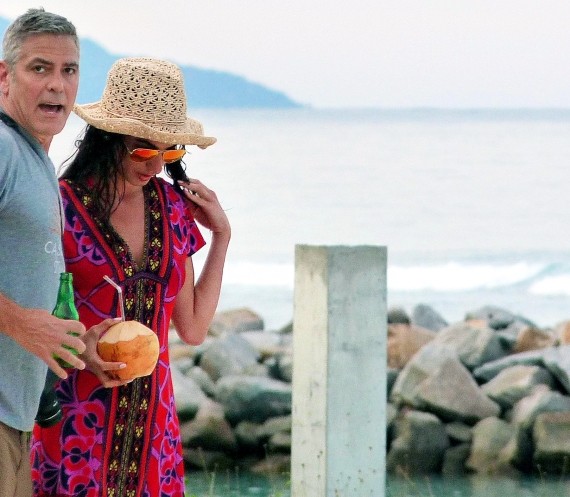 In the past Clooney has spoken about his aversion to marriage.?He was wed to Talia Balsam in the early nineties, but the union ended in divorce and ever since Gorgeous George has enjoyed an array of liaisons with women in and out of the spotlight, near or not near his Lake Como home. Journalist Mariella Frostrup, Lisa Snowden and actress Kelly Preston count among his former lovers.

Now that George is set to be a groom we’re pretty excited to see the ring he chose for Amal. Reports so far are suggesting the type of gem that gives you lockjaw. Watch this space.