George And Amal Clooney: One Year On

George and Amal Clooney are one of the most influential, talked about couples in the land of celebrity right now. Hollywood actor George shed his bachelor image and settled down with renowned lawyer Amal Clooney n?e Alamuddin just over one year ago. And despite a slew of recent celebrity splits, here is definitive proof that love is not dead as the couple recently celebrated their one-year wedding anniversary. The Clooneys tied the knot with an undoubtedly glamorous four-day ceremony in Italy and stole the hearts of all of us – they do make an adorable couple. With his range of acting accolades and her equally impressive legal career, they are easily one of the most ambitious pairs in Hollywood.

The thing that we love about these two is that they are incredibly supportive of the other’s endeavors. Amal is always by her husband’s side on the red carpet, while George frequently gushes about the amazing things his wife is working on – whether that’s juggling multiple cases at once or teaching a human rights course at Columbia Law School.

So, in honour of this special event, we’ve put together a gallery of the best ?couple? pictures and want to highlight some of their best moments as a pair over the past 12 months: 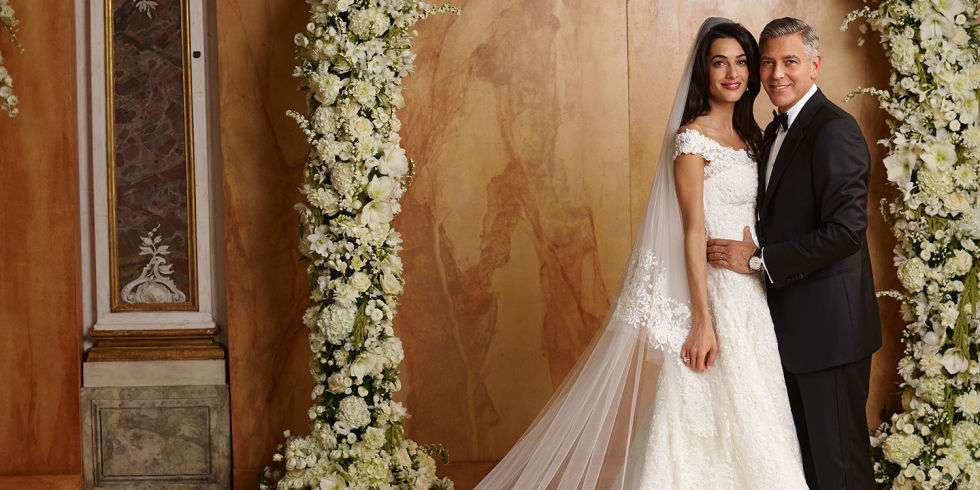 It was all romance and stunningly beautiful Oscar de la Renta for Amal while George looked equally dashing in his tux (which he recycled for the Golden Globes). It was a four-day affair in Italy with a star-studded guest list and swoon-worthy photos of the couple who looked so genuinely happy in them all that it was (almost) too much. 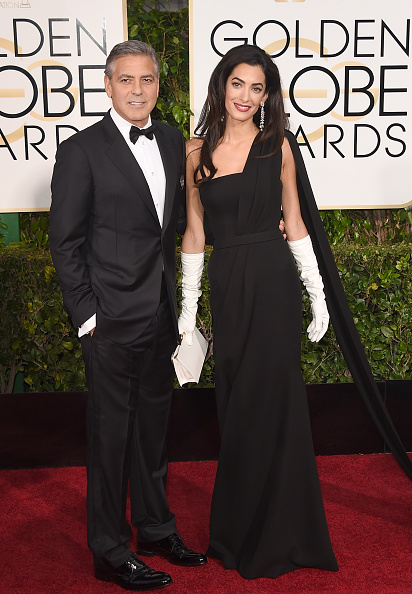 The Globes marked their first official outing as a married couple, and they arrived just before the show started, with all eyes eager to see what the newly wed Mrs Clooney would wear. Amal was a hit in an elegant black Dior gown with standout accompanying white gloves. Despite murmurs that the ensemble was a tad old fashioned, we loved the classy getup. George looked equally divine in his wedding tux, and our hearts melted when he had this to say about Amal:??Listen: It’s a humbling thing when you find someone to love?even better when you’ve been waiting your whole life. And when your whole life is 53 years, Amal, whatever alchemy it is that brought us together, I couldn’t be more proud to be your husband.? It was the sweetest moment of the whole show. 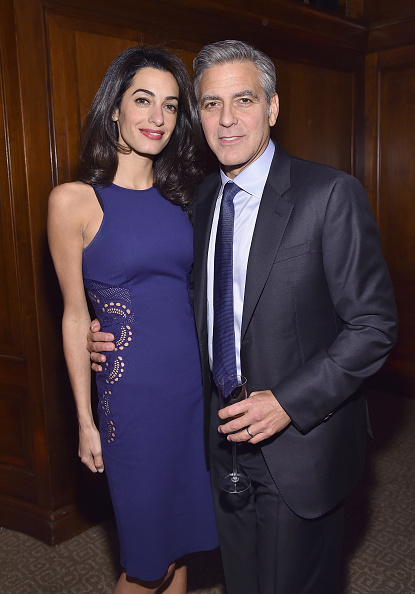 They always appear united as a couple, right down to the outfits. Their body language says it all: hands tightly clasped, bodies as close together as possible and looks of suitable adoration from each, and that’s before we even get down to Amal’s flawless designer gowns. She favours Dolce & Gabbana and counts Alexander McQueen, Giambattista Valli and Stella McCartney among her wardrobe and red carpet choices and George always ensures his wife is center stage at each outing.

This is one celebrity couple we have grown very fond of, and we hope they manage to escape the bout of bad divorces that have popped up practically every week this year. Here’s hoping they remain united.