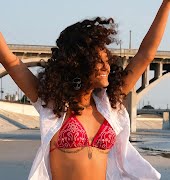 The cast of friends.

You’ll be aware by now that today marks the 20th anniversary of the first airing of Friends on US television, beginning a decade of unprecedented success and unwavering popularity for those involved, followed by a near constant stream of TV repeats that for some strange reason, never got old. Perhaps it’s the brilliant writing or the comical rhythm that we’ve come to know so well that tickles our fancy. We all know the precise moment at which Chandler will make some sarcastic remark, or that Ross will surely find some way to embarrass himself, but for all the times we’ve watched it, it’s never once become grating. How many shows can say that?

For us at home, the arrival of Friends on our small screens brought a level of comfort and companionship into our living rooms that would stick for years to come; if you ever found yourself stuck at home with the flu, it would be Ross, Chandler, Joey, Rachel, Monica and Phoebe that would keep you company. Apart from some tissues and a bottle of cough syrup, you didn’t need much else. There’s scarce a Friends fan who doesn’t feel as though they know these characters as well as their own nearest and dearest. And come to think of it, there’s scarce a person (at least who I’ve spoken to) who’s ever admitted to disliking the show. Again, how many shows that came before or after Friends can claim to have made such an impact?

For some of us at IMAGE.ie, Friends taught us the value of a hard graft. We’ll ignore the fact that they lived in a ridiculous apartment that they couldn’t afford, but rather than meet our Friends when they’re earning the big bucks, and winning at life, we meet Rachel as she tries to piece her life back together again, beginning her journey as an incompetent waitress at Central Perk. Her career in fashion won’t present itself overnight, but she’s damn well going to get there.

It also taught our teenage selves that growing up is fun. And as was the case for Joey, we learned that growing older does not necessarily equate with growing wiser. But who wants to grow up anyway?

However unsurprising, Friends taught us the value of friendship, but more importantly, old friendships. You know, those wonderful friends who know your every quirk and idiosyncrasy and remind you every now and then of those embarrassing moments from 100 years ago that you’d rather have locked away in hell for all eternity. The best ones. Relationships of a romantic nature may come and go, or in the case of Monica and Chandler, they come and they set up camp, but the one thing that should always remain constant, are your friendships.

For those of us doubting the existence of ‘the one’, we have Phoebe to thank for reminding us that everyone has a match, or rather, a lobster. Satisfying the most sought after romantic ending we could ever have hoped for, Ross and Rachel finally realised they were each other’s lobster for the last series finale. About time, right?

Perhaps most of all though, Friends taught us the very important distinction between being in a relationship and being on a break. While many will still struggle to side with either Ross or Rachel on that one, what we learned is that being on a break is a tricky, undesirable grey area. Either stick together or cut it clean, otherwise you’ll find yourself in a decade long debacle of who was right and who was wrong.

If he says someone else’s name at the altar, you’re probably not the one…

Last but by no means least, we learned to get straight off the plane should there ever be anything wrong with the left phalange.