5 Cities To Jingle Your Bells In This Festive Season 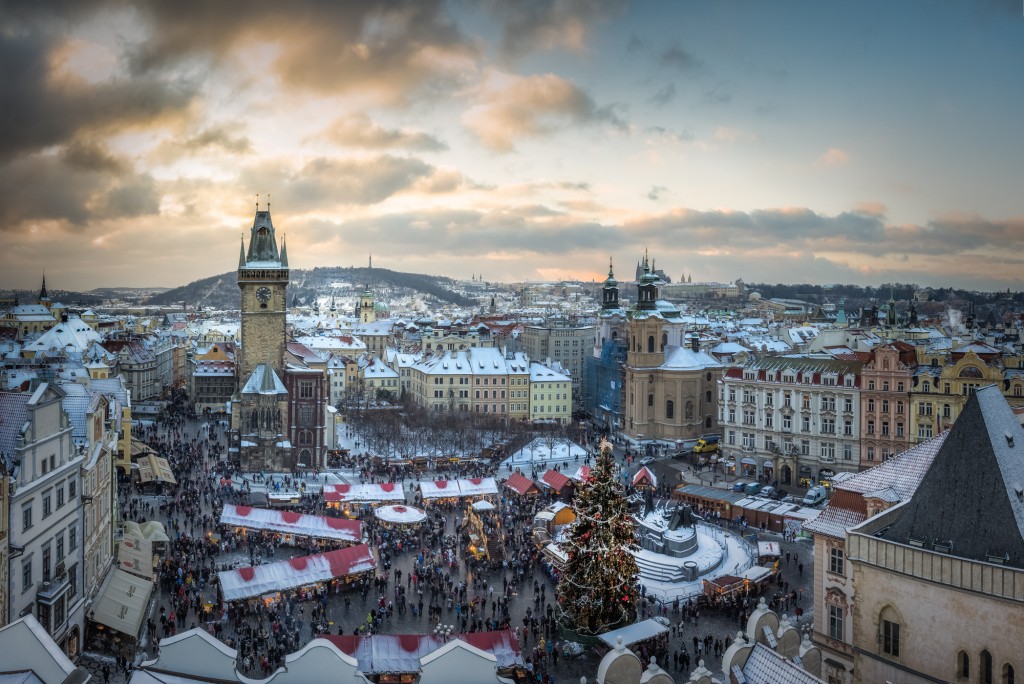 This vibrantly historical city is spectacular at any time of year, but particularly in winter when temperatures drop and the hen and stag parties become less ubiquitous. The soaring Gothic spires of the Old Town pierce crisp cold skies like splintered ice, while, below, the festive Czech bitters, becherovka, keeps the Christmas crowds warm.

There are several markets scattered across the city (December 3 to January 4, 2017), most within walking distance of one another. The principal ones are in the beautiful Old Town Square and the aptly titled Wenceslas Square, named after the Czech duke immortalised in the carol. While you can buy unusual glassware, ceramics and Christmas gifts at these markets, the big draw has to be the food. Spit-roasted hams, Czech beers, pastries, medovina (honeyed wine), barbecued sausages and sauerkraut – prepare to begin your Christmas eating habits here. Be sure not to miss trdeln?k, a rolled cake cooked over an open flame and then coated in sugar and ground walnuts.

?DON?T MISS… The ?i?kov district, a neighbourhood that comes alive at night, has a wide array of stunning architectural gems, including the ?i?kov Television Tower, the Church of the Most Sacred Heart and Ol?any Cemetery.

The Austrian capital is one of Europe’s most beautiful cities – its museums, theatres, history and stunning architecture make it a fascinating place to visit. Come November you’ll not only be looking up at the opera house and the Hofburg Palace, but also the larger-than-life lights strung up in trees outside the wiener rathaus (city hall) and the ‘snow? covered stalls beneath.

There are six Christmas markets in Vienna, the largest of which is nestled amongst the trees in front of the City Hall (November 11 to December 26; christkindlmarkt.at). One of the most spectacular markets, it’s packed with unusual, handmade decorations and gifts that can’t be found at run-of-the-mill markets. Be sure to pick up a cup of gl?hwein to keep warm and soak up the festivities of the city.

DON?T MISS… Aside from the twinkling lights of the markets, there is plenty ?to see and do. A hike up the tower of St Stephen’s Cathedral is a must for grand views over the city and its numerous palaces. The Ringstrasse encompasses some of the city’s most stunning architecture within its streets. Take your pick of museums, parliament buildings and university campus – the Zaha Hadid-designed library is a particular highlight.

SLEEP AT… The Guesthouse Vienna is within sight of the grand Vienna Opera House and the Albertina Museum, a former Habsburg palace. It’s the ideal base for a weekend in the city and the stylish rooms host some spectacular views of the historic Vienna skyline. Rooms from €217. 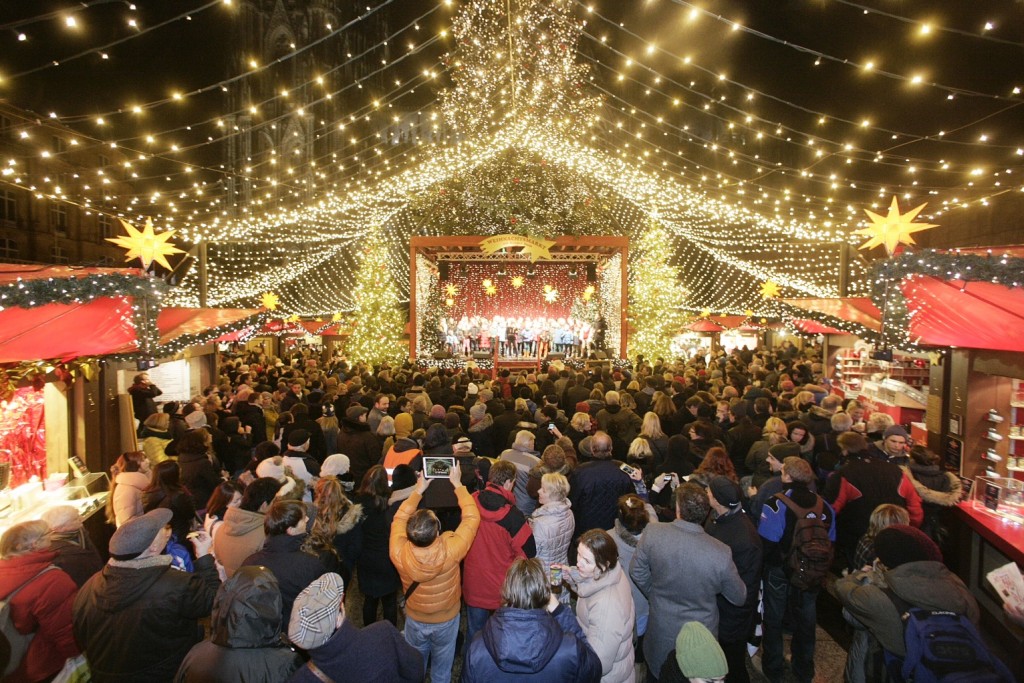 You don’t need to visit every museum, although there are many excellent ones, to understand Cologne’s history. It’s layered into the fabric of every street – Roman ruins, Medieval churches, modern architecture and avant-garde structures at every turn. But its activities are anything but retrospective; it has a vibrant art and culture scene, busy nightlife and delicious eats.

You can’t have a Christkindlmarkt list without mentioning one from the founding country and Cologne hosts some of the best in all of Germany (November 21 to December 23; cologne-tourism.com). Its collection of markets, from the beautifully festive gathering outside Cologne Cathedral and the rustic, sylvan option in Stadtgarten, to the Village of St Nicholas in the Rudolfplatz, will send imaginations into full flight.

SLEEP AT… The QVEST Hideaway hotel is in the heart of the Old Town, in a magnificent Victorian building. Leaving the period features to speak for themselves, it’s understated and chic, with all the comforts of a high-end hideaway. Rooms from €170. qvest-hotel.com?

DON?T MISS… The Chocolate Museum, beside the sail-like white tents of the Harbour Christmas Market, is a seasonal must visit (and by seasonal we mean every season). It’s only open on Mondays through December but it’s a fascinating way to spend a few hours, learning about the history and production process of chocolate, while also sipping/chowing on the stuff in the caf?. Plus, you can witness a Lindt Chocolate factory in action. chocolatemuseum-cologne.comouse.at 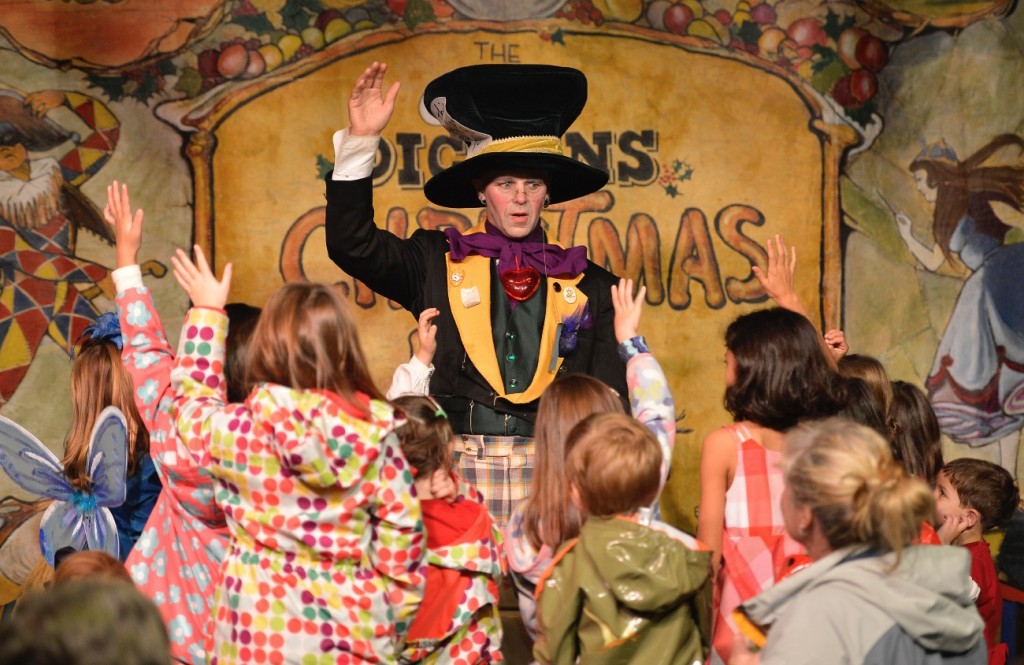 This city always has a kooky vibe but, during the holiday season, restaurants, shops and bars really get into the Christmas spirit, despite the mid-teens temperature outside. The City Hall is beautifully lit in red and green, Christmas trees adorn Fisherman’s Wharf and Union Square, with an ice-rink at the latter. Shops go all out, with windows festooned in wreaths and twinkling lights.

Journey back in time to Victorian England with the Dickens Christmas Fair in Daly City. Over five weekends from November 19, watch the Bay Area’s Cow Palace Exhibition Halls become lamp-lit London streets, complete with holiday carollers, dinky tearooms, old-fashioned Christmas gifts and hundreds of costumed merry-makers to get you in the festive mood. Have your hair braided, your fortune told and dance the night away at Fezziwig’s famous Christmas Eve party, where tables groan under the weight of roast beef, Yorkshire puddings, mince pies and buttered rum. Even Scrooge would have a good time. dickensfair.com

?SLEEP AT… You may be feeling Christmassy but this is still California and you won’t forget it in the airy Phoenix Hotel. The rough-and-ready looking motel exterior gives way to spaces that have Cali chill written into every brightly coloured hemp cushion and colour-blocked wall. Rooms from $149. jdvhotels.com

DON?T MISS … The San Francisco Great Santa Run is a 5k fun run that takes place on December 11. You’ll get a Santa suit and hat, necessary attire for all competitors, as well as a finisher’s medal that doubles up as a tree ornament. Win-win! greatsantarunsf.com 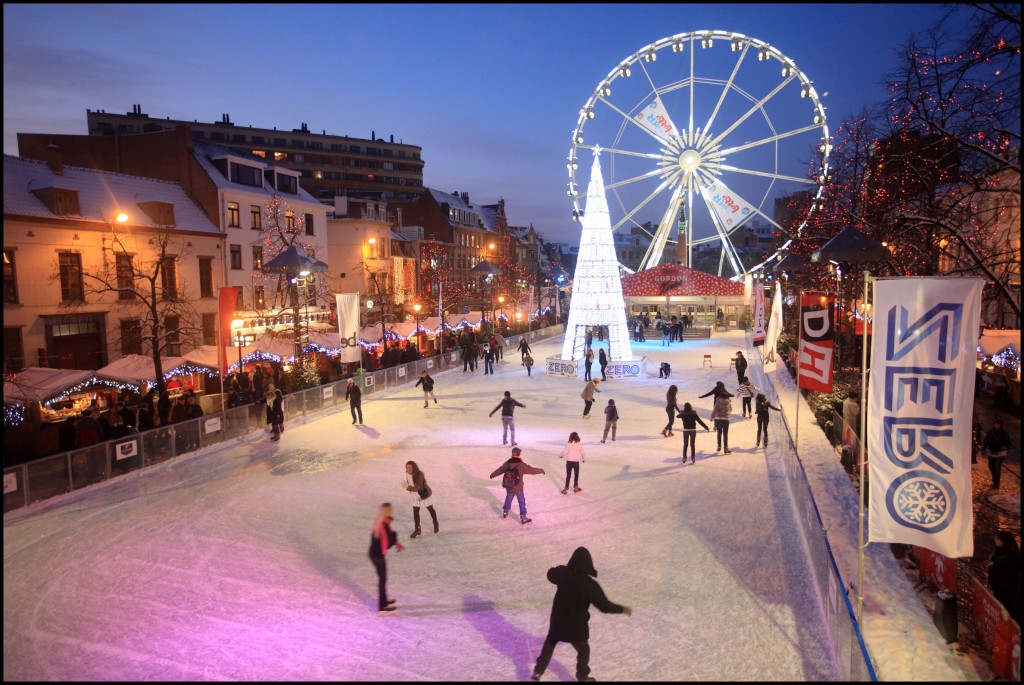 Belgian cuisine is made for winter. Hearty wheat ales, sugar-dusted waffles, split-pea soup, steaming frites with a dollop of mayo to keep you warm on the cobbled streets … We haven’t even mentioned the thick hot chocolate yet. And the capital city follows in festive suit, with numerous markets, ice-rinks and a phenomenal light display in La Grand-Place.

The city centre is littered with Christmas markets, in the Place de la Monnaie, Place Sainte-Catherine and the March? aux Poissons (November 25 to January 1, 2017; winterwonders.be), each cluster of wooden chalets hosting crafts, food, gifts and fair games, and you’ll find a spiced cider and mulled wine stand on every corner to keep the chill at bay. La Grand-Place is usually the centre of the festive goings-on, which includes an extraordinary light show projected onto the 17th-century Town Hall building, and an ice-rink beside a decked
out, eight-metre-tall Christmas tree.

DON?T MISS … Belgium is one of Europe’s smallest countries but there’s plenty to see across its 19,000-plus square kilometres. A short train journey will bring you to the Bruges, Leuven or Ghent winter wonderlands, each with its own festive specialties.

SLEEP AT … Not satisfied with simply being near one of Brussels? most beautiful buildings, L?H?tel des Galeries is actually in the historic Galeries Royales Saint-Hubert shopping arcade. The crisp sheets and gorgeous velvet curtains of this artfully contemporary hotel are enough to make you want a duvet day in chilly Brussels. But you have to get up, not least because its restaurant, Le Comptoir des Galeries in the Galerie du Roi, does some of the city’s finest waffles. Rooms from €190. hoteldesgaleries.be