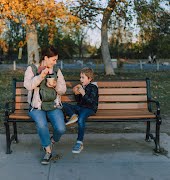 If you Google the word ‘feminism,’ this morning, the first thing you’ll be greeted with is an image of Emma Watson. The actress, UN Ambassador and feminist campaigner is heavily associated with the modern feminist movement, and over the last number of days, she’s been at the centre of a flurry of the “bad feminist” argument. Why? Because she chose to wear a cropped top only partially covering her breasts for the latest issue of Vanity Fair. It’s not even that interesting; it’s one picture in a series of an empowering, tasteful shots but that didn’t stop the sh** storm on Twitter, regardless.

Maturing from Hermione to Belle in @beautyandthebeast is a true coming-of-age story for @EmmaWatson: "I couldn't care less if I won an Oscar or not if the movie didn’t say something that I felt was important for people to hear." Read the full cover story at the link in bio. Photograph by Tim Walker.


The notion that she should, in effect, hand back her feminism card for being in touch with her sexuality and showing her skin, is so ludicrous that it’s laughable, but that was the other side of the “argument.” In 2017, it’s sad to say that we’re still clinging tenaciously to the binary argument of ?feminist/not feminist?, and the misconceptions and stereotypes that fall in with that. Such as, ‘serious? women are sexless, true advocates of equality?- such as Watson – shouldn’t dare be so brazen; she’s not covered up; therefore, she is a hypocrite. ?Why are we still having this conversation?

Because Emma Watson isn’t the point. She is one of many to support feminism, but feminism isn’t about her; feminism is about women – all women – having a choice. The choice to show skin, to cover up; to do whatever feels right to them. It’s about equality, it’s about feeling empowered and liberated as a woman having that choice. ?It is not, as Watson says, “a stick with which to beat other women with.”

“It’s about freedom; it’s about liberation, it’s about equality. I really don’t know what my tits have to do with it. It’s very confusing,” she said. ?I’m confused. Most people are confused.?

And we are confused. We’re confused because some still choose to define feminism around a woman’s set of breasts; to define feminism as a specific set of traits and behaviours, instead of focusing on championing its ideals of freedom and equality between the sexes. ?And yet, we go around and around the issue of female sexuality and feminism in a tiresome tirade, even though Watson was – and is – a woman advocating the true meaning of the movement; making her own choice about her own body for herself.

It’s 2017; we’ve long covered the topic of breasts (so to speak), it’s time to move on. And in the words of Gloria Steinem ?Feminists can wear anything they f**king want.?