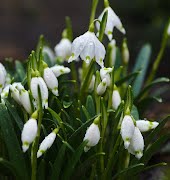 Little Dolls of Love: Project looking for 796 dolls to remember the babies lost at...

Seven inspirational role models for the young women of Ireland

We’re living in an age where the “female role model” has become a slightly ambiguous term, associated with models and reality tv stars – people worshipped for their wealth and appearance and perceived power.

But what of the women who are not followed by the flashing bulbs of paparazzi? Who haven’t made mounds of cash, haven’t released a signature perfume but who have being working quietly in the background, committing their life to a worthwhile cause.

These are the individuals who are deserving of the title “role model”. Women who overcame struggles, who have risen above adversity, who have shown ongoing compassion to those less fortunate around them and who have fought for justice. They act as a constant reminder of the magic that can happen when you follow your dreams and believe in yourself, and their example provides far more inspiration than even the most convincing of self-help books ever could.

And it’s for this reason that we hope you encourage your daughters, granddaughters, nieces and friends to look these women up. See how they got to where they are today, what advice they have to share, and how we all can learn from their example. 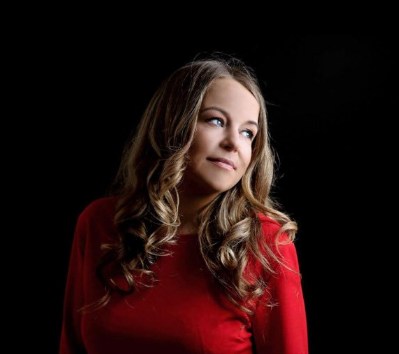 Jillian McNulty (42) is an award-winning Cystic Fibrosis campaigner, fighting for the rights of patients for the past 11 years, and more specifically, she’s been campaigning for nation-wide access to the life-saving drug Orkambi.

Jillian has won a national award The Hidden Hero’s Triumph Over Adversity Award 2017 and the Longford Person Of The Year 2017. It’s been a phenomenal 11 years for Jillian, who insists that she was very shy growing up, “if someone had told me 20 years ago that I’d end up campaigning nationally and internationally on television, radio and newspapers I wouldn’t have believed them”.

“I’d urge anyone to always stand up and be counted, always make your opinion matter. If you feel something needs to be said, SAY IT” 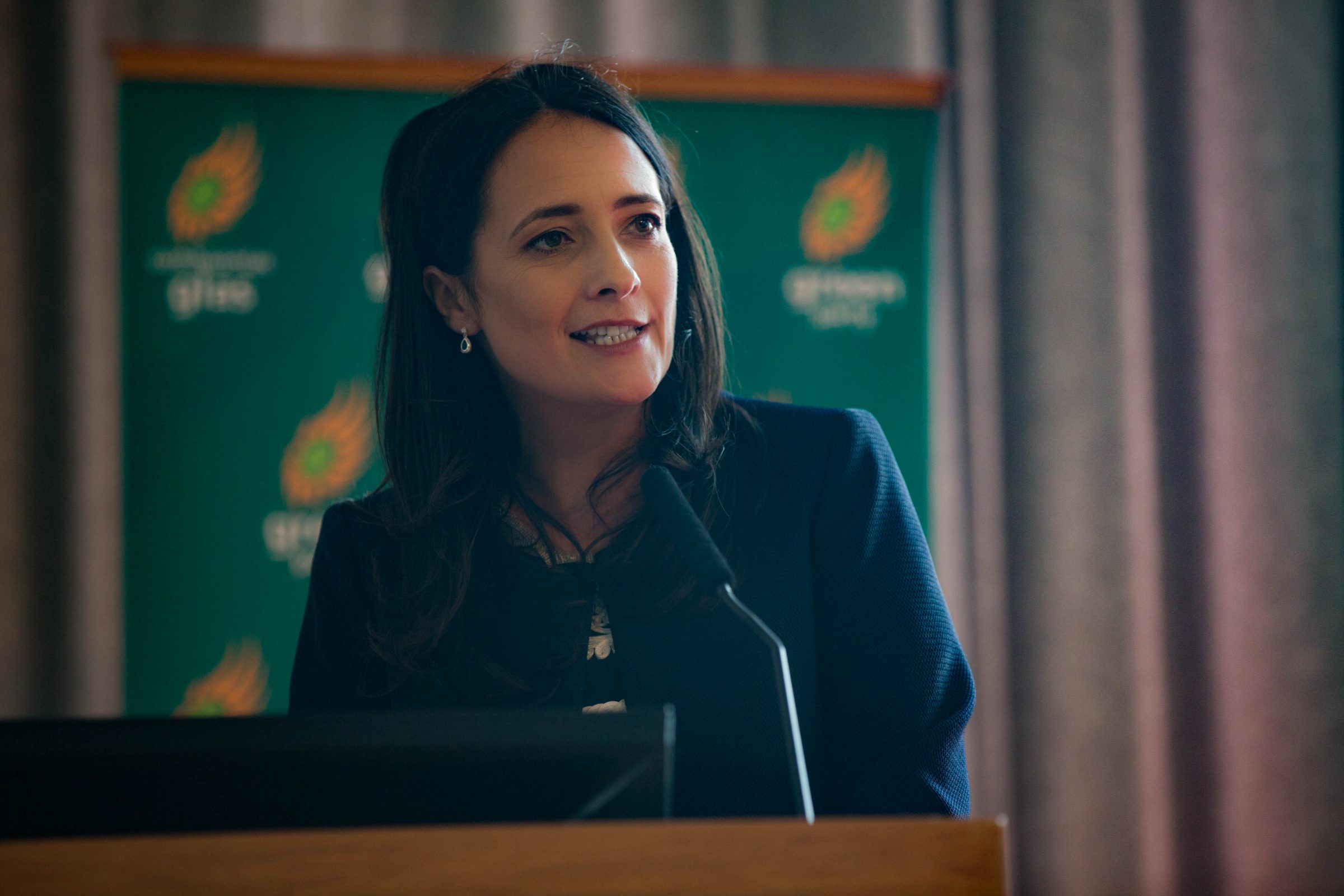 Originally from Co Monaghan, Catherine’s passions in school consisted of music, Irish and debating. She went on to study English, Irish and Music Performance (voice) in NUI Maynooth and joined the Green Party when their first child (Turlough) was born in 2007. Catherine wanted to ensure that Turlough would live in a fairer, more equal and inclusive Ireland, and saw this as her way to do so. She says that her experience in debating and performance in those formative years continue to help her now in her political career.

Catherine is committed to tackling the discrimination and inequality that female parliamentarians face, as seen in her establishing the Parliamentary  Women’s Caucus, amongst other initiatives. As Catherine puts it “Young girls cannot aim to be what they cannot see so it is my intention that many mighty women will be visible”

“Time passes by quickly and opportunities need to be grasped when they present themselves. Often we can miss out by being too hesitant.”

Related: 25 Empowering Movies That’ll Make You Proud To Be A Woman 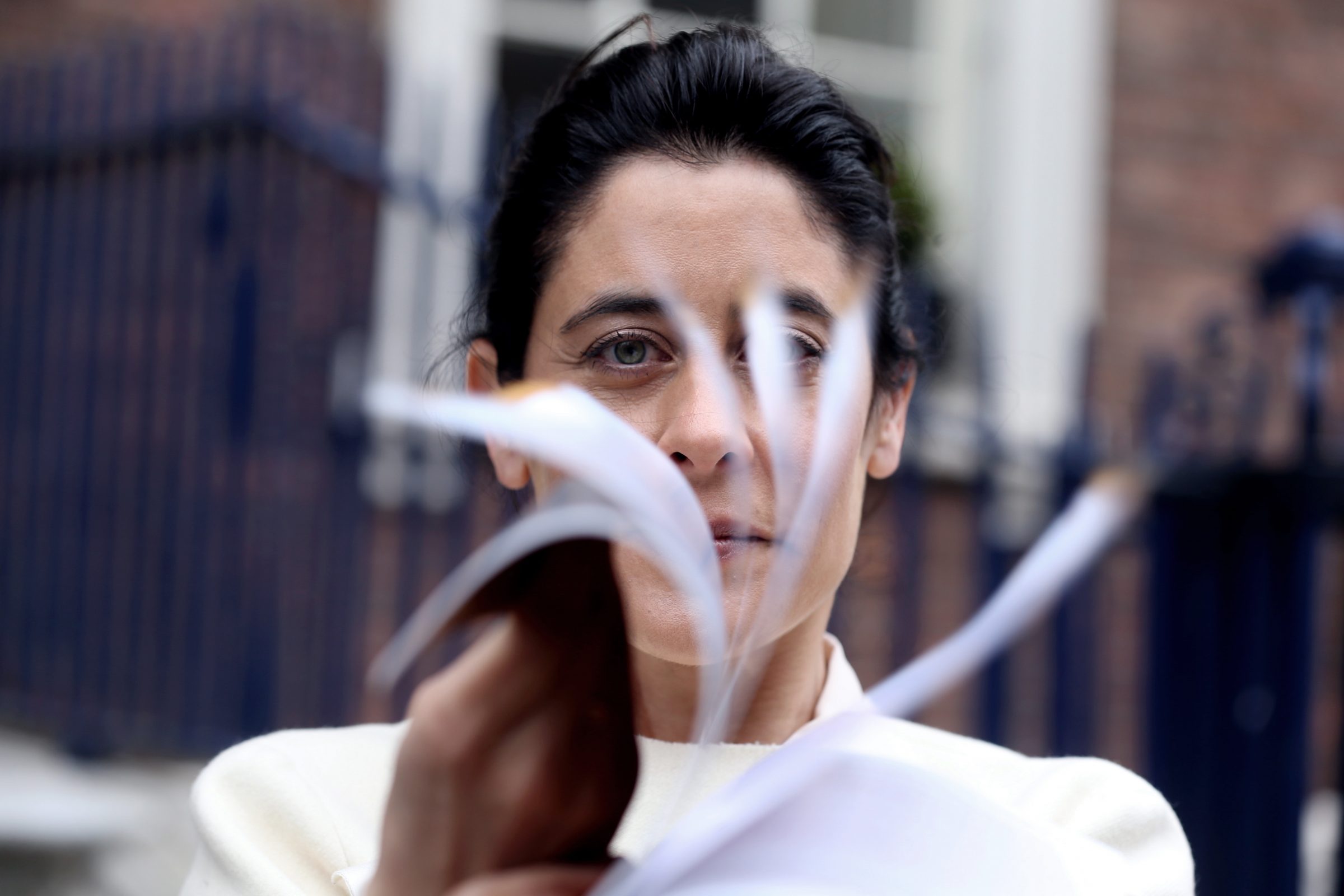 “I always wanted to study law” says Simone George, who as a child was regularly seen mediating fights over roller skates and bikes in the middle of her road. True to form, Simone went on to study Law, first in NUIG and then in the College of Europe in Bruges. Her personal interest has always been in human rights and equality, in particular, gender equality.

Simone now represents women and their children who have experienced abuse and/or violence in their homes, and her work with the national domestic violence agency, Safe Ireland has led to significant amendments to the domestic violence legislation. She also co-created and curates the Safe World Summit, which has set out to make Ireland the safest country in the world for women and children.

Life has not always been smooth sailing for George, however. In 2010, her fiancé – blind adventure athlete Mark Pollock – broke his back in a sudden accident. Simone turned her grief into action and launched into relentless research and advocacy, which has since spurred worldwide research for a cure for paralysis.

One piece of advice:

“The status quo benefits from girls and women thinking that they are not enough. We need to subvert that. Find other feminists, gather in person (not only on social media) and support and amplify each other.”

Simone is currently looking for sponsors to support this year’s Safe Summit, which takes place on October 22 & 23 in the Mansion House 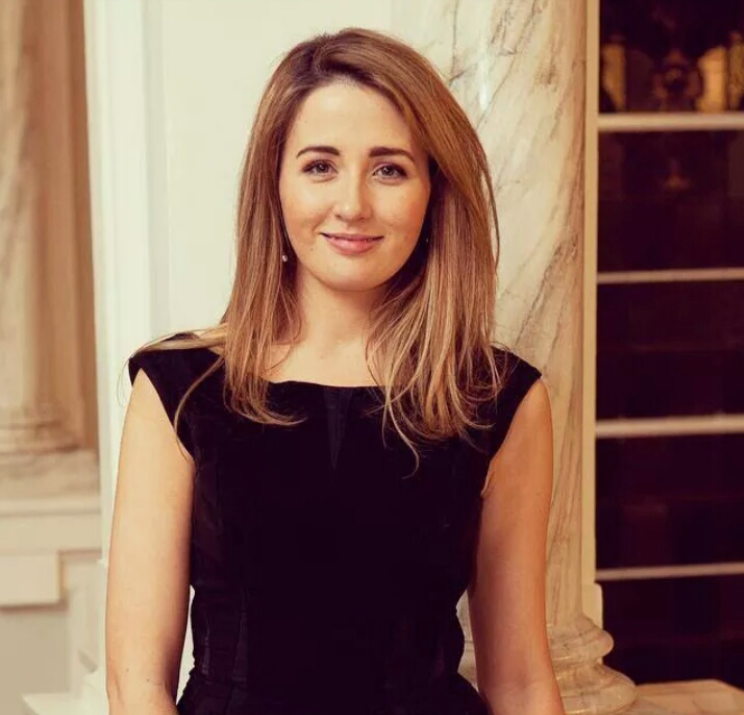 Emily Glen (30) is the co-presenter of FAIRGAME, a podcast about Irish female athletes, their lives both on and off the pitch.

Not at all “sporty” in school, Emily opted out of PE for years and loved subjects like English, History and Debating. Nonetheless, she remained an avid sports fan; trawling the internet in search of interviews with her favourite sporting heroes and heroines.

It didn’t take long before she started to notice a nasty habit whereby female athletes had to succeed first and then they get the attention of media. Even then the quality of the coverage could be condescending, and the general message put forward was that female athletes don’t deserve equality in sport; they weren’t getting paid as much as men, and certainly didn’t get the same sponsorships or media attention.

In setting up FAIRGAME, Emily and her co-host Elaine Buckley decided to become part of a solution by carrying out long-form interviews with Irish female athletes, and providing a constant stream of news and views about the world of women’s sport, at home and abroad.

Emily feels that although the tide is turning (Irish women’s sporting events are setting record attendance figures), there’s still work to be done in terms of giving a platform to the voices and pursuits which don’t feature as commonly in the media.

If you can’t find your niche, create it. 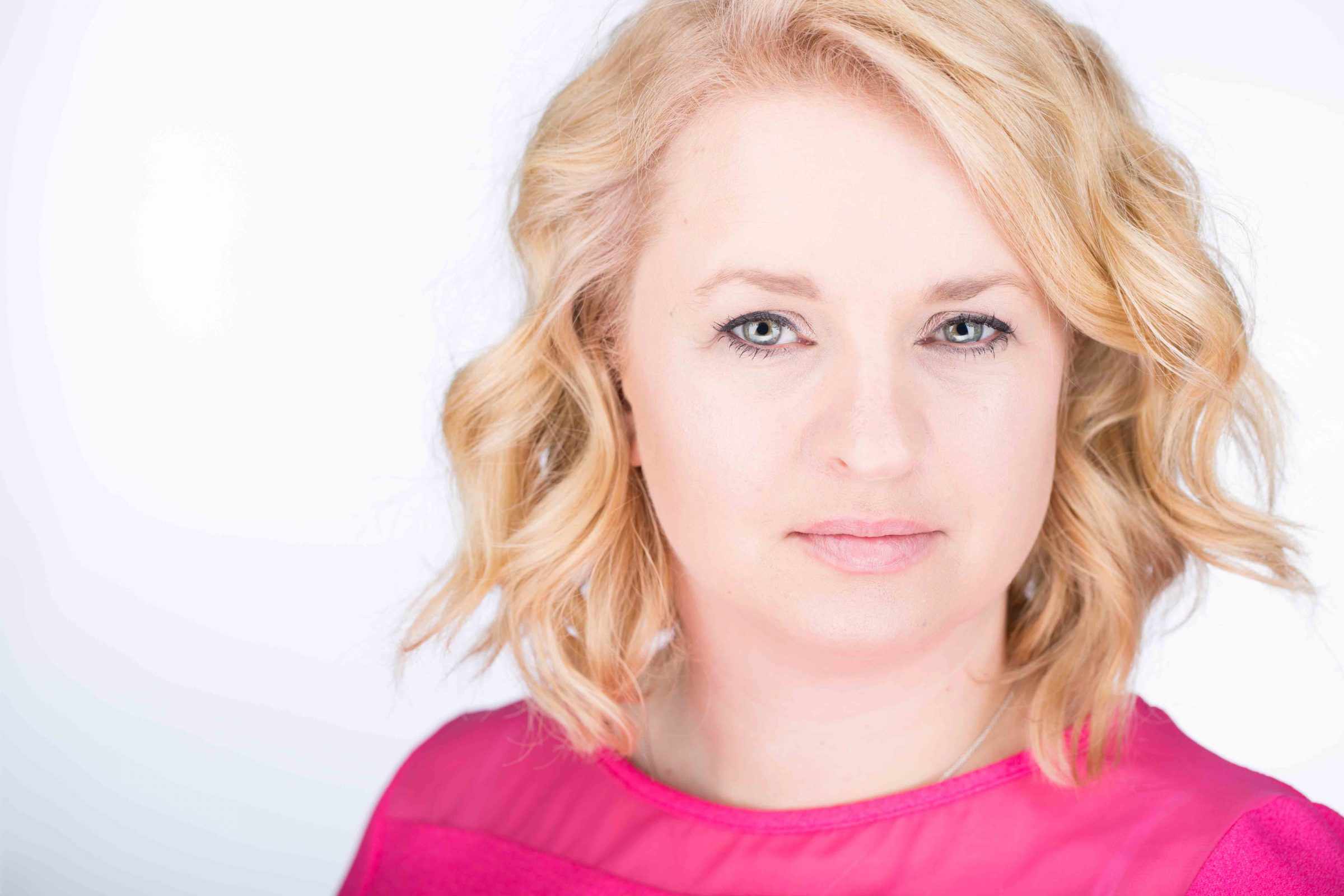 Tammy’s sister Shona was diagnosed with a brain injury at 15, and has been in 24-hour nursing care ever since. With her sisterly relationship being forever changed, alongside merciless bullying in school and becoming a young mother at 18, Tammy Darcy had an undeniably tough teenage experience.

However, Tammy quickly realised that many other girls had also gone through struggles that they didn’t feel comfortable talking about either. From this realisation The Shona Project was born, as Tammy wanted the young women of Ireland to know that it’s okay to make mistakes, to not have life figured out, to be less than “perfect”.

At its core Tammy’s non-profit organisation facilitates an online community that offers girls advice, information, and a safe place to be heard. This comes alongside school visits to meet girls and discuss how to find their identity, and encourage girls to be kind to each other, and especially to themselves.

“Try to find the learning in challenges. The toughest, smartest most amazing women I know have been where you are now. Be kind to yourself.” 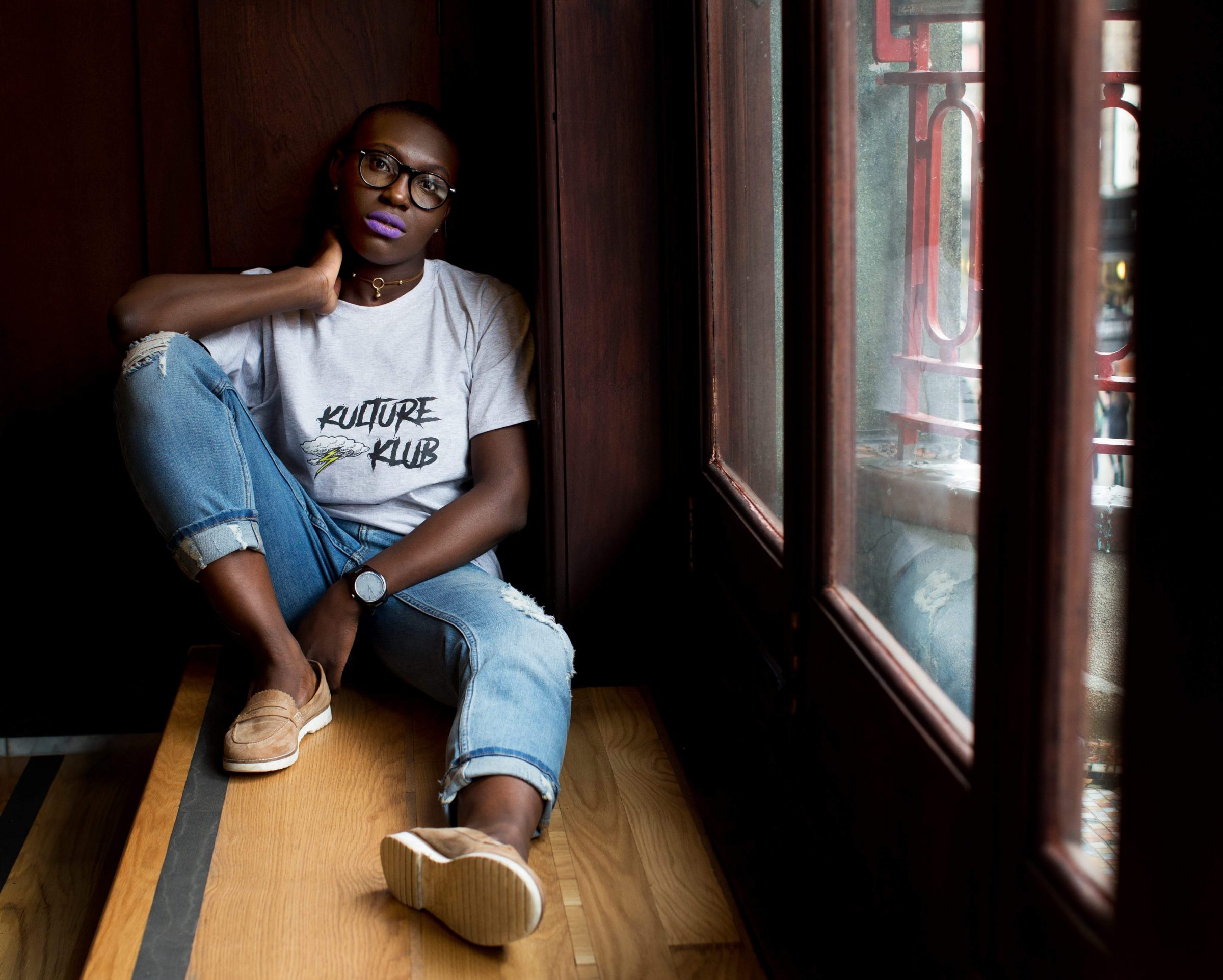 Felicia Olusanya is a Nigerian-Irish spoken word performance artist and writer who is fast becoming one of the most exciting and in-demand poets in Ireland.

Feli started writing diaries at the age of 12 years old, and only got serious about poetry from the age of 16. Having been awarded a “gold star for trying” at her first poetry performance in a Maynooth University poetry slam, she came back victorious the following year, winning the grand title and going on to represent Maynooth in Ireland’s first intervarsity poetry slam. She has since performed at multiple events around Ireland, with a notably show-stopping performance at the St Patrick’s Festival Young Blood event at the National Concert Hall in 2017.

Feli hopes that in inviting the public to see her imperfect experiences and processes through life, then they might start to celebrate their own. Because at the end of the day, perfect, “ready made” women don’t exist. And as far as Feli is concerned, the sooner we all realise that, the better.

“Don’t let anyone box you. You don’t have to be “Clara, the fashion girl” and that be your conclusion.” 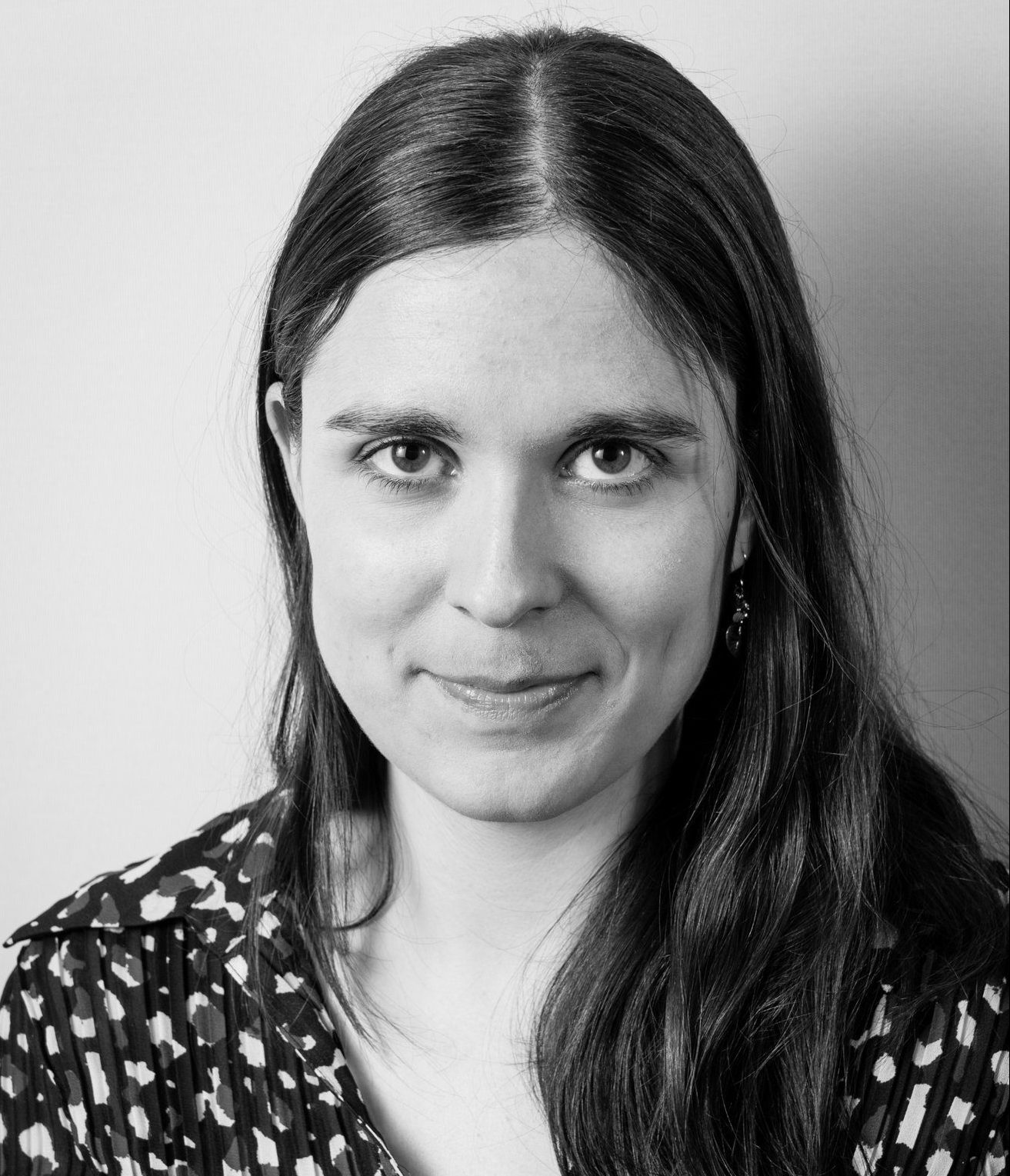 Claire Hennessy (32) is the author of twelve young adult novels, most recently Like Other Girls (2017) and Nothing Tastes As Good (2016). Her writing often discusses body image and teenage angst, “Nowadays there is increased pressure on girls to be ultra-aware of how they look, but literature shows girls that life is about more than how you look.”

A lifelong bookworm, Claire was first published as a teenager and went on to study English and History at Trinity College. Despite her education she asserts that the majority of what she learned came from a) reading and b) actually sitting down to write. Practice definitely made perfect as far as Hennessy was concerned.

When Claire isn’t writing books she’s she’s reviewing young adult fiction for the Irish Times; co-editing the literary journal Banshee, and teaching creative writing workshops at festivals around the country and at The Big Smoke Writing Factory which is her own creative writing school in Dublin.

“It’s so easy to let other people’s assessments of you be what matters, but external validation can only get you so far. What makes you feel happy or satisfied? We all have to live with ourselves so we might as well make sure we like ourselves, rather than pretending to be something for others.”

Lynn Enright: ‘Still, too much of the media is dominated by an agenda set by men’