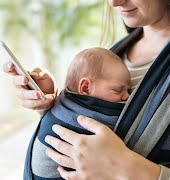 Trinny Woodall on her obsession with skincare, make-up essentials and setting up a brand

Everyone Should Drink And Breastfeed

Anyone who’s ever pumped breast milk with a hangover will know that it feels like trying to juice your eyeballs. You wince in rhythm with the calming (said no one, ever) hum of your electric milking machine, as it sucks every last ounce of moisture from your body. In the next room, your other half desperately tries to convince your shrieking, hungry, boob-only baby to submit to the bottle. It’s a far cry from the Monster Munch-filled Saturday mornings of your youth, when a hangover was the legitimate excuse to bow out of any social commitment or adult responsibility. It’s just not worth it, you think, convincing yourself that Netflix and a singular glass of wine is just as cathartic a Friday night escape as the absolute craic in a subterranean sweatbox, with twenty of your pals and a third as many gin and tonics (but who’s counting).

I’ve done this once, so far, in the year my baby has been breastfeeding. Now, in retrospect and out of that hangover, it was totally worth it and gave me a sense of freedom, of being my old non-mom self, which sustained me through a good month of ?Mamma!! He’s smashing my Lego Robot Shooter Machine!?. Nobody died because I gave a night to my bad self and I appreciated purity of my life with the cherubs, all the more for it, afterwards. I should have done it sooner. But, even knowing this, I’ll eat my Lego hat if I don’t feel like calling Tusla on myself the next time I wind up milking that eyeball.

Research on the relationship between alcohol and breastfeeding has been limited until recently, most bodies just considering the breastfeeding period as a continuation of pregnancy – i.e. no booze, whatsoever – just to be on the safe side. This is both unfair and unfounded. During pregnancy, alcohol passes directly to the baby, via the placenta; it’s super bad for the fetus. The passing of alcohol to a baby, via mother’s milk, is very different and to deny this must surely be a contributing factor to our low, low breastfeeding stick rates (only 6% of babies are still being breastfed at six months).

Now, I’m not suggesting an insatiable booze-lust in 94% of mothers is the reason, but, whether we like it or not, we live in a country whose social interactions rely heavily on alcohol consumption. While pregnant, a woman is largely excluded from these for nine months; add to this the optimal two breastfeeding years and you have yourself a shocking case of maternal isolation, a longing to return to normal and a box of powdered cow’s milk looking like the very sensible (if subconsciously decided upon) option. Ireland’s alcoholism obviously requires a whole other piece of analysis, but our main concern here is pouring you a little drink and letting you enjoy it neat, no guilty garnish. 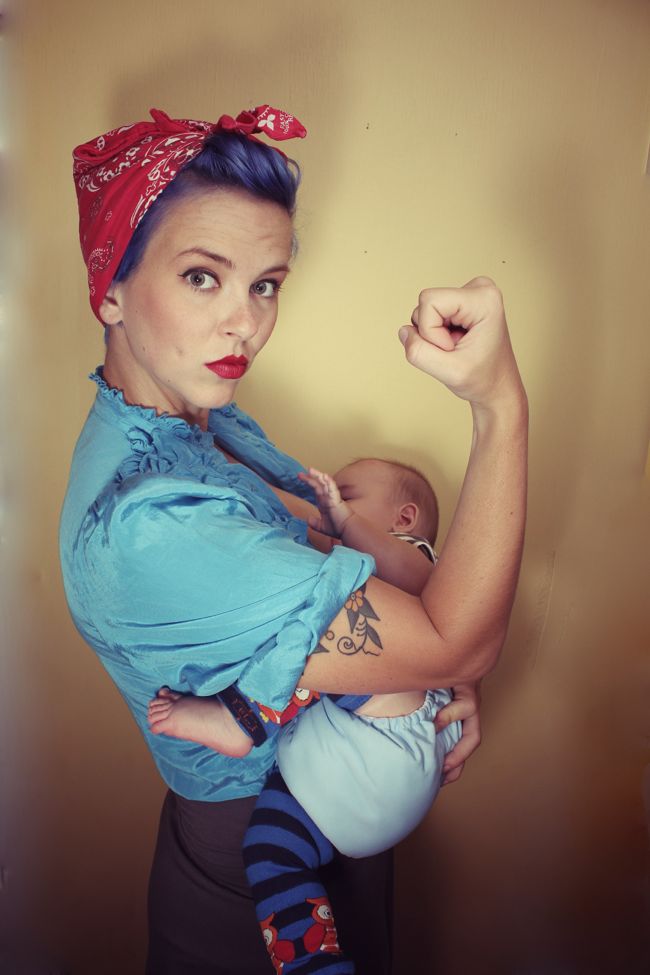 The HSE’s website issues the decree that we must ?express and discard breast milk that may be tainted with alcohol?. This is our first problem; even our health service is promoting misinformation regarding how breast milk is actually produced in the body, perpetuating the pointless practice of pumping and dumping. Here’s the science bit: Milk synthesis happens in the alveoli cells, where it stays until it’s pushed through the ducts and into the nipples, during feeding. While most of us know this, we don’t fully understand it, imagining some sort of reservoir where milk is stored as a finished product; when in fact, the milk remains a living, evolving substance, just like the blood in our veins. So, the idea that milk could be permanently contaminated by alcohol, fit only for dumping, is ridiculous. Once your blood is clear of alcohol, so is your milk. The only reason for pumping and dumping might be if your supply is high and your breasts feel uncomfortably full; pump just enough to give you relief.

On this basis, the suggested waiting time is three hours per unit of alcohol; fine if you have three small glasses of wine, go to bed at 10pm and your baby wakes to feed at 7am, having slept all night. But what if – like me, until a month ago – your baby feeds twice a night? Or, what if – like me, once a year – you like to have actual fun? Well, you’re not allowed. According to the Booze Nazis, my seven gins should have prohibited me from feeding for twenty-one hours, that’s almost a day of deprivation for my child and me wallowing in a soup made of self-hatred and green breast milk (why green? Keep reading).

However, this newer (and sounder) research considers that even the three-hours per drink rule is overly cautious, suggesting instead a much more mom-friendly approach. We’ve already learned that alcohol exists in your milk in the same concentration that it does in your blood, but what we’ve been misunderstanding is the subsequent effect that milk has on your baby’s blood. If you drink a glass of wine, at 12%, your blood – and milk – alcohol level doesn’t spike to 12% (if it did, a shared glass of wine could kill forty people); it’s about 0.013%. So, if your baby then drinks that milk, their blood alcohol level doesn’t go to 0.013%, but a concentration far, far lower. In fact, as an extreme example, imagine you’ve had four drinks, one after the other and fed your baby while at your drunkest, the baby would only have a blood alcohol level of less than 0.005% – that’s about what yours would be if you drank one-eighth of a small bottle of Bud Light.

Now, before you put the Cristal on ice, there are a number of important things to note, such as: you obviously never want to be responsible for your baby, after four drinks – it’s neither safe, nor sensible, nor a particularly good time. Neither is it advisable to drink seven gins, fall home at 3am and feed your baby at 7am, every week, but if it happens once, or even a few times, a year – according to my fave piece of research, at least – the effect on your baby is clinically negligible, and far, far preferable for their health, than abandoning the boob early. The main problem with alcohol and breastfeeding is a decrease in milk production, so it’s probably best to abstain altogether during the first three months, while your production stabilises (and your baby’s liver is really very tiny). 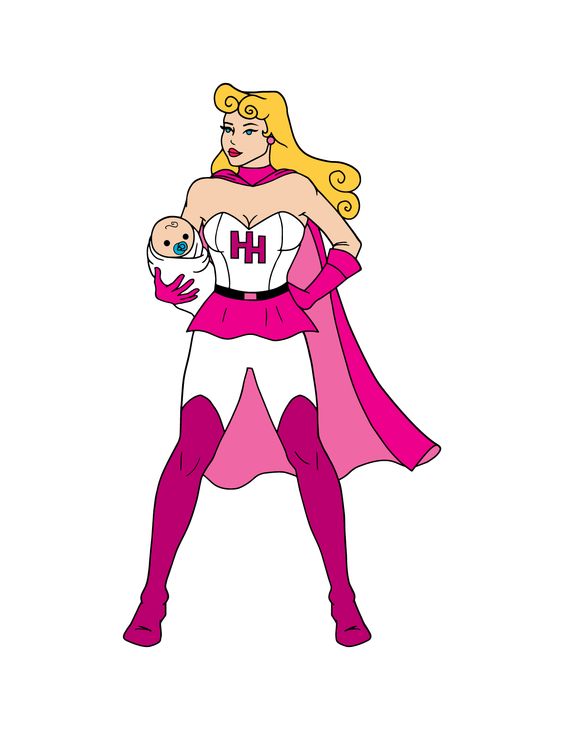 While I won’t be penciling a monthly bender into my diary, what I will be rejoicing in is something as little as going out for a nice lunch, enjoying a glass of wine, feeding the baby concurrently and having the perfect response for anyone who, in their ignorance, dares to mom shame me (obviously, both the shaming and responding will be done using only eyes; Irish people never actually say stuff like this).

But back to that green breast milk? imagine my surprise at seeing this slosh through the pump, at 7am on a grim Saturday morning. Until I remembered that tasty Chlorella smoothie I’d downed before the social excursion. Chlorella is a powerful alga that’s not only packed with nutrients, but detoxifies the body of environmental pollutants and increases your liver’s ability to metabolise alcohol. Though official research into its effect on milk alcohol levels is lacking, I’ve found that my hangover is reduced by about 70%, if I chug down one of these beauts before hitting the bottle, so I have to assume my milk is being cleared of booze, more quickly, too? and, at the very least, it helps me to function at a significantly more mom-ish level.

Lash all of this? 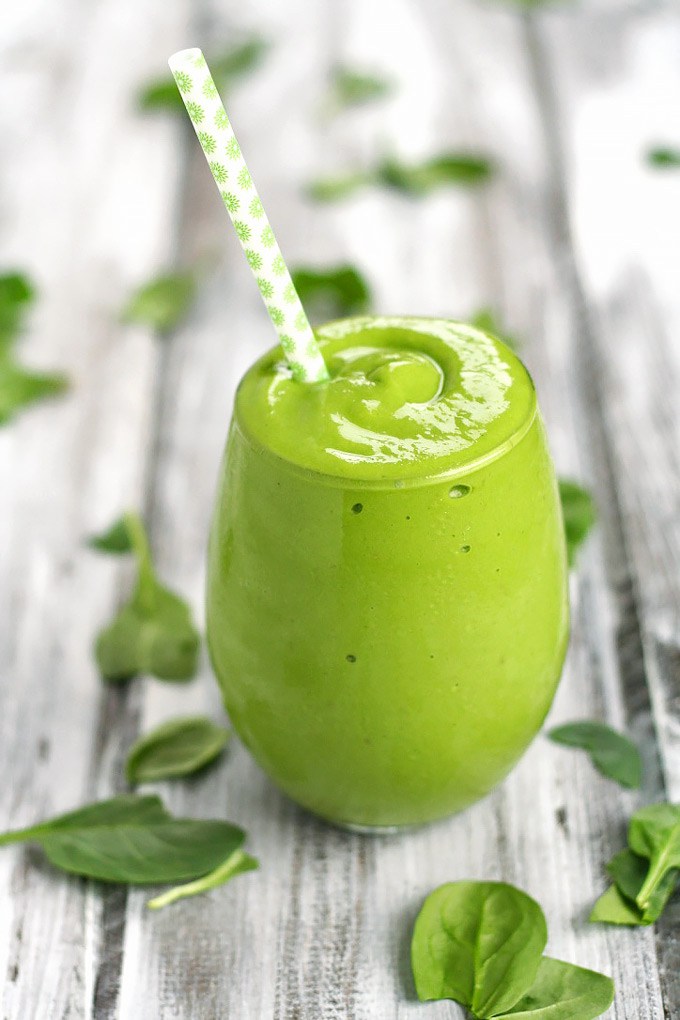 ? in the trusty Nutribullet and drink, an hour before your first boozy beverage. Don’t forget to brush your teeth and apply lipstick, afterwards, or your efforts to enter the world all polished and together, may be thwarted, thanks to pond mouth.?