Even These Successful Women Deal With Imposter Syndrome

What do Nobel Prize winner, Gabriel Garc?a M?rquez, Chief Operating Officer of Facebook Sheryl Sandberg and Academy Award winner and most nominated actress or actor ever, Meryl Streep have in common?

They all suffer from Imposter Syndrome.

Having Imposter Syndrome means you feel like a fraud,?you are unable to acknowledge your own accomplishments, and even though your work is great, you feel like you don’t belong in your job. As if you are an imposter, just waiting to be caught out.

This is not a new phenomenon. The term Imposter Syndrome came to us in 1978 when Oberlin psychologists Pauline Clance and Suzanne Imes when in Psychotherapy: Theory, Research, and Practice they penned ?The Imposter Phenomenon in High Achieving Women?.

Women are more likely than men to fall victim to Imposter Syndrome (thanks patriarchy!) and high achievers tend to suffer more from it.

It’s a common feeling among professional women. You are not alone! Here are some talented leaders that also have had these thoughts.

?You think, ?Why would anyone want to see me again in a movie? And I don’t know how to act anyway, so why am I doing this??

?Making my deal with HBO as a 23-year-old woman, I felt that I had so much to prove. I felt like I had to be the person who answered emails the fastest, stayed up the latest, worked the hardest. As much as I loved my job, I really, like, injured myself in some ways. If I had felt like, ?You’re worthy of eight hours of sleep, not four; you’re worthy of turning your phone off on a Saturday,? I don’t think it would have changed the outcome of the show. [But] I could have worked with a sense of joy and excitement, rather than guilt and anxiety of being ?found out.? The advice I would give any woman going into a job if she has a sense of impostor syndrome would be: There will be nothing if you don’t look out for you. And I can’t wait, on my next project, to go into it with the strength that comes from, like, valuing your own body and your own mental health.?

In her book, Lean In

?Every time I was called on in class, I was sure that I was about to embarrass myself. Every time I took a test, I was sure that it had gone badly. And every time I didn’t embarrass myself – or even excelled – I believed that I had fooled everyone yet again. One day soon, the jig would be up – This phenomenon of capable people being plagued by self-doubt has a name – the impostor syndrome. Both men and women are susceptible to the impostor syndrome, but women tend to experience it more intensely and be more limited by it.? 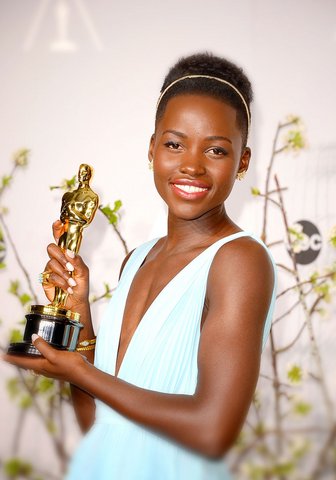 In an interview with Time Out

?What’s it called when you have a disease and it keeps recurring? I go through (impostor syndrome) with every role. I think winning an Oscar may in fact have made it worse. Now I’ve achieved this, what am I going to do next? What do I strive for? Then I remember that I didn’t get into acting for the accolades, I got into it for the joy of telling stories.?

?I feel like a tourist in Hollywood ?The truth is, I make a lot of jokes about myself, and I have the same moments where I lose all self-esteem and cannot believe anyone has managed to get an erection at my expense. When Judd Apatow gave me the opportunity to be in this movie that he would make and direct I just thought, ?Yeah, he sees me as like, Seth Rogen.? And we were doing this interview and he said to me, ?I think that you’re prettier than you understand,? and I just wanted to punch him in the face and ruin the opportunity because I was like, ?You’re crazy!? And I thought, Why is Hollywood playing this big trick on me? When are they going to realize that I’m disgusting and that I have no right to be in a movie and that I should be doing the Funny Bone and begging for half-off wings, which I’d been doing for ten years, happily? And I was just ready for this big backlash, bracing myself. And it never happened – Because I’ve been getting backlash since 2006. I’ve gotten death threats for about eight years. But I’m not going to stop.?

?It’s almost like the better I do, the more my feeling of inadequacy actually increases, because I’m just going, Any moment, someone’s going to find out I’m a total fraud, and that I don’t deserve any of what I’ve achieved. I can’t possibly live up to what everyone thinks I am and what everyone’s expectations of me are. It’s weird – sometimes [success] can be incredibly validating, but sometimes it can be incredibly unnerving and throw your balance off a bit, because you’re trying to reconcile how you feel about yourself with how the rest of the world perceives you.?

Have you suffered from Imposter Syndrome? Take advice from Tina Fey, after she experienced it – ‘seriously, I’ve just realised that almost everyone is a fraud, so I try not to feel too bad about it.?