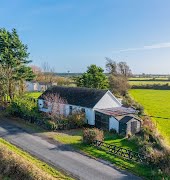 Barbie gets serious and Leans In?

Earlier this week?Mattel launched Entrepreneur Barbie. The revolution has come full circle. The fourth wave is in full swing. Yes, your daughters have a new can-do role model. Sure, she still has the unattainable Scarlett O?Hara waistline but she’s also got monetary ambition!

Entrepreneur Barbie is part of Mattel’s latest foray into the tween market and this time they’re tackling the whole empowerment trend with a series of dolls that fall under the umbrella of ?I Can Be?. Barbie can be an astronaut, a pilot, a ballerina, a football player, and of course, an entrepreneur. Entrepreneur Barbie has all the accessories a start-up founder requires – a tablet, a smartphone, a perfectly coiffed ponytail and a bright tailored?pink dress. All she needs to complete the pretty picture is a miniature copy of Sheryl Sandberg’s millennial career manual?Lean In. Entrepreneur Barbie comes with her own team of Chief Inspirational Officers, counting among them Reshma Saujani, the founder of Girls Who Code and Rent the Runway founders Jennifer Hyman and Jenny Fleiss. The social media brains behind the brand engineered a Twitter chat this week, a so-called ?Pink Power Lunch?, with the hashtag #unapologetic. Barbie’s copywriter asked the great interactive void questions like ‘Where do you find inspiration?’ Barbie has had about 150 jobs in her lifetime so we guess the answer to that is pretty open-ended.

?We always try to make career Barbie a reflection of the times,? said Michelle Chidoni, a spokesperson for Mattel. Chidoni noted how entrepreneurship is a growing trend among memebers of the female sex. ?Women entrepreneurs are more prevalent now and they’re growing in number. [It’s] a great way to encourage girls to also learn about this role.? While it is pretty awesome that some of Silicon Valley’s coolest founders are getting on board with encouraging young women towards entrepreneurship do they have to do it in such a hollow buzzword-y way via an anatomically unattainable ?role-model??

Ban bossy, buy a doll, forget the fact Barbie was on the most recent Swimsuit Issue of Sports Illustrated. Or embrace the fact Barbie can be a scantily clad inanimate cover girl as well?