The Emmys 2019: Winners and the best of the purple carpet

The 71st annual Emmy Awards were held on Sunday night and it was a night for some dramatic watching when it came to the purple carpet. Stars went for full glamour; Gwendoline Christie provided a Game of Thrones goddess moment in eye-catching Gucci, while co-star Emilia Clarke stood out in Khaleesi-worthy Valentino. And it wasn’t all about going full octave with statement gowns: minimalism experienced a moment with stars like Sophie Turner in Louis Vuttion, proving less can be more.

Actress Zoe Kazan added a touch of whimsy with a giant pink Gucci bow, wrapping up the night, if you will.  Michelle Williams went for understated elegance in Louis Vuitton (she and BFF Busy Philips both wore the same designer) while Naomi Watts went all out in a full-skirted Dior number.

You can see more in our gallery above.

Highlights: Calls for diversity, equal pay and Fleabag is triumphant

Game of Thrones took the top award but it was the brilliant Pheobe Waller-Bridge’s Fleabag who emerged triumphant, making frequent trips to the podium; she took home the awards for outstanding writing, best comedy series and best directing. Waller-Bridge also claimed lead actress in a comedy series, a surprise win over Julia Louis-Dreyfus, who many expected to win her ninth trophy for her role in Veep.

“I’m in mourning every day of my life.” #TheAct‘s Patricia Arquette (@PattyArquette) talks about the passing of her sister Alexis Arquette and the persecution of trans people during her acceptance speech for lead actress in a limited series https://thr.cm/l6YzeK #Emmys pic.twitter.com/E1iMULV5QV

Patricia Arquette called attention to the persecution of trans people by tearfully invoking her late sister Alexis, who was an actor and transgender activist. Michelle Williams stumped for equal pay by describing how the executives behind Fosse/Verdon empowered her performance.

“The next time a woman, and especially a woman of colour – because she stands to make 52 cents on the dollar compared to her white male counterpart – tells you what she needs in order to do her job, listen to her,” Williams said. “Believe her, because one day she might stand in front of you and say thank you for allowing [her] to succeed because of her workplace environment and not in spite of it.” 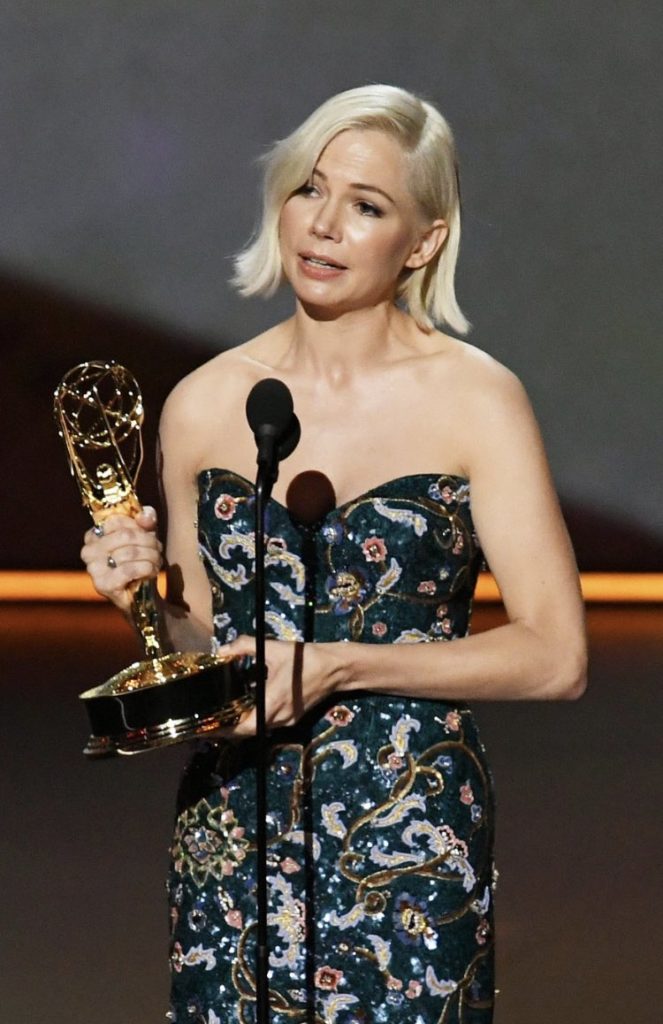 And when Thrones‘ Peter Dinklage won for Best Supporting Actor in a Drama Series, he stressed the importance of diversity, saying, “in no other place I’d be standing on a stage like this.”

“I’m so fortunate to be a member of a community that is nothing but all about tolerance and diversity.” Watch #GameOfThrones‘ Peter Dinklage accept the award for best supporting actor in a drama https://thr.cm/l6YzeK #Emmys pic.twitter.com/HJJSig7JPg