Emily Hourican: Why Ireland Will Always Be The Place I Call Home

In an ongoing effort to “get away,” best-selling author Emily Hourican has hung her hat in a lot of places, but she’s discovered Ireland is the place she wants to call home

As a kid, my favourite threat when things didn’t go as I wanted was “I’m running away and I’m never coming back…” I said it because I wanted to say something, utter some kind of threat that I was capable of carrying out (“I’m going to kill you” was never that convincing), but also because I felt, keenly, the urge to get out. Get away. Go somewhere and be someone else. As for who I wanted to be – probably someone more indulged and cosseted, who didn’t feel the need to compete with younger brothers and sisters for time, attention, new toys. Mostly, I would be talked down before I got further than the gate, but I remember once, aged maybe five, making it to the end of the road, complete with pink plush elephant, only to find an invisible barrier I could not cross. I stood there for a long time, walked away and came back, tried the approach from different angles, as if I might find a secret way through. I still couldn’t do it. Setting foot beyond the psychological boundary of my life was too much. Too hard.

So I went home. No one had noticed my departure. Looking back, I think what kept me frozen on my side of the invisible barrier was not just fear, but also an understanding of how much I had to lose by crossing it. By calling its bluff in a sense. Because while the going is exciting, getting there can be terrifying. Going is an act full of hope, and determination. Getting there usually means confronting reality all over again. A new reality, perhaps, but reality all the same. And in the Great Dream of Escape, reality is not the point. Going is a leap into the unknown that lasts as long as it takes for you to arrive, and realise that the unknown is always, in the end, known. That’s the moment at which all the magic of possibility, the illusion of change, drains away.

As a five-year-old, that’s pretty terrifying, although I suspect it still daunts many of us as adults. Running away is a glorious act of defiance and ambition. Getting there is a cold realisation – you’re on your own, you’re lost, you wish you’d never started this. Some years after the failed escape, we moved as a family, to Brussels, Belgium, and maybe the fact of moving house and country gave me courage, because my running away became more effective. I made it to town, then to different towns, finally to Italy, where I stayed for a year. In Italy, I actually was someone else – which had always been the point of running away. I was an interesting foreigner, elusive, exciting; who knew what was going on behind that limited grasp of Italian and peculiar, reckless determination to drink the odd beer, so unlike Italian girls? I loved it for a while, gleefully cultivating my own mysteriousness with the help of a friend who spoke perfect Italian and was more than happy to translate my deliberately kooky sayings and interpret my un-Italian behaviour in a favourable light.

I came to Dublin in what I see now was a search for somewhere that would be even more firmly, more broadly, ‘home’ than the house my parents lived in

After six months or so, though, I got sick of being this arch stranger. Who wouldn’t? She was exhausting, with her fey ways and rather mystical pronouncements. I had been making plans to run farther. America definitely, India preferably, Africa, Asia, all the bits of Europe I had not yet seen, but after a year of being someone so other than myself, I did something very different.

I came to Dublin, to UCD, in what I see now was a search for somewhere that would be even more firmly, more broadly, ?home? than the house my parents still lived in, in Brussels. After all, in all the years of living, growing up, going to school in Brussels, Ireland was always talked about as ‘home’. This is true of most ex-pats, that feeling of perching in a foreign country, never quite sliding below the surface. Each summer, we would come ‘back’ to Ireland. When the summer ended and we left, we were also going ‘back’, to Brussels, but in a way that was definitely temporary.

In UCD, no one thought I was elusive or exciting. They thought I was pretentious, and needed to try a lot harder to be interesting and funny. They were right. I was out of practice at being witty, or authentic, or myself. I got the hang of it again pretty fast. After a while, shored up, and now with a degree, I began to contemplate running away again. Back to Brussels, then Spain, then, who knew?

Some instinct told me to stay put, and I obeyed. Perhaps it was an understanding of the effort I had needed to put in first time around; I may have thought I was Irish, and coming ‘back’ to live in Dublin, but to nearly everyone I met in my first few years, I was the worst kind of foreign, the ‘uncanny valley’ kind; not the real thing, but close enough to cause unease. Those years in UCD showed me clearly that I wanted to be Irish. I wanted this country to be home in a way that it couldn’t be unless I invested in it. Immersed myself in it. Owned it. And that to leave again so soon would be to accept that this would never happen.

So I stayed, and I’ve never been sorry. I was right, I believe, in my assessment of what was required, but also of the payback involved. I like feeling that I belong here. And that my children do. They will never have to make a conscious choice about where ‘home’ is. They can up and leave as adults, for as long as they want, knowing exactly who they are and where they come from.

Robert Frost has a great line about home. He calls it “the place where, when you have to go there, they have to take you in”. I love that. It’s so laconic, so undemonstrative, but also non-negotiable. The other side of Frost’s line, I would argue, is that, once in, you have to be yourself. 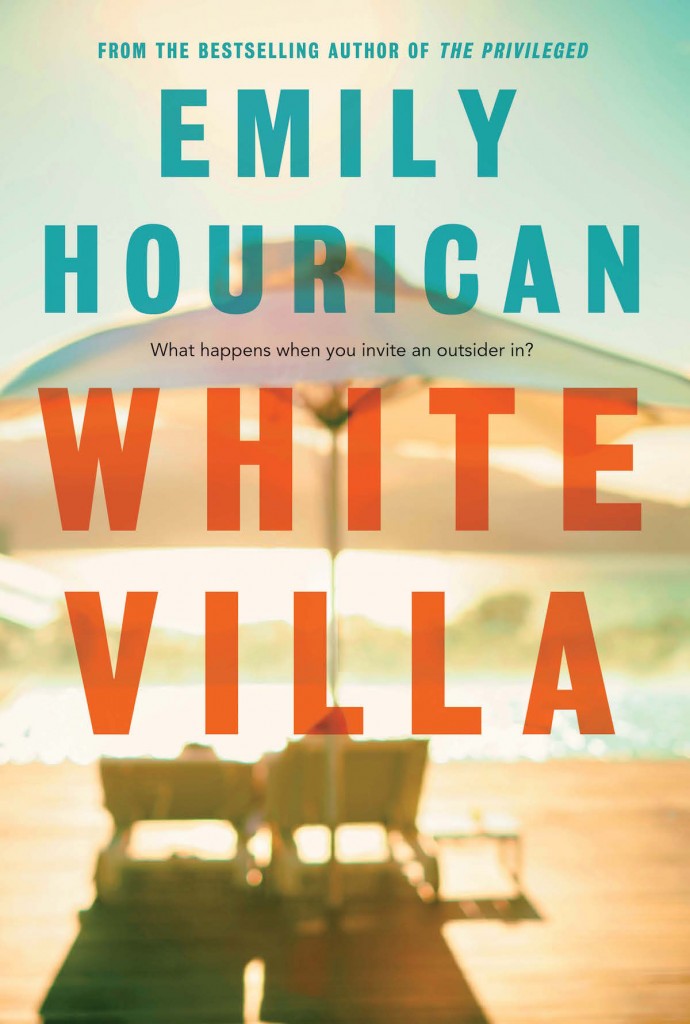