Ellen Page Talks About Her Decision To Come Out

Ellen Page became a bonafide heroine last year after she delivered a searing and emotional speech at a human rights conference during which she came out as a lesbian.”I’m here today because I am gay, and because maybe I can make a difference, to help others have an easier and more hopeful time,” she announced to the crowd gathered at the Time to Thrive event on Valentine’s Day 2014. “Regardless, for me, I feel a personal obligation and a social responsibility. I am tired of hiding and I am tired of lying by omission. I suffered for years because I was scared to be out. My spirit suffered, my mental health suffered and my relationships suffered. And I’m standing here today, with all of you, on the other side of all that pain.”

In a new interview with Out, the 28-year-old actress says it was a movie, Freeheld, which prompted her to go public with her sexuality, after years of media speculation on her private life. The part in question was that of Stacie Andree, a woman whose partner Lt. Laurel Hester, portrayed by Julianne Moore, had to fight a bureaucratic battle to pass her pension benefits onto her long-term girlfriend following a diagnosis of terminal cancer. 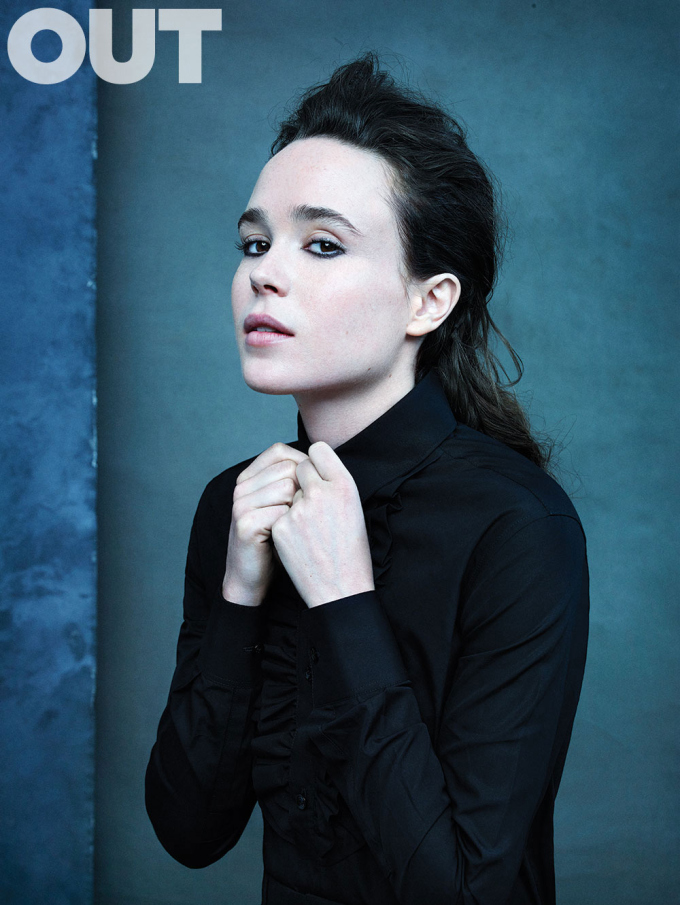 The film is based on a true story and Page said ?lots of stuff surfaced? for her when she played Andree. The movie was shot after Page’s speech and announcement, but the actress had been involved with the production since she was 21, soon after her debut in Juno. ?I remember thinking,?Ellen, how in God’s name could you make this film and not be out?? she said.

The years of getting ready for the production and her personal life fed into each other. ?What’s interesting to me is how long it took to make the movie – for it to finally come together – and how my internal progression toward coming out was naturally in line with it.,? she said. ?Stacie and Laurel’s story is incredibly inspiring and did take a lot of courage, particularly in a time of such unimaginable difficulty. It really did make me go,??Dude, just tell people you’re gay. Just get over yourself, honestly, and support those who are not as privileged.? It’s like, ?You have f***ing privilege, so do something with it.??

Watch the trailer for Freeheld?below.