?I can’t go down for breakfast. I just can’t eat anymore!? I wail, my belly glutted with Porthilly oysters, fresh lobster and Tunisian orange cake, from the night before. It’s day six in Cornwall and I have reached peak food.

Frankly, it should have come earlier, given that we’ve literally eaten, and drank, our way around this most south-westerly part of England, where local produce is so good it has protected status: the Cornish pasty, Cornish clotted cream and Cornish sardines. Naturally, we’ve tried all these, too, so I am now Woman vs Food and, this morning, I admit defeat.

Our gastronomic adventure started in Padstow – where else? – that’s synonymous with super chef and restaurateur Rick Stein. It’s abuzz with fellow gluttons gorging on fish ?n? chips, Cornish pasties and ice cream. The ?Do Not Feed the Seagulls? signs were no surprise – we had been warned – however, the hair braiding, temporary tattoo and Dreamcatcher stalls lining the harbour are at odds with the pretty old fishermen’s cottages. Still, we weren’t there to have our hair culturally reappropriated, we were there to work – at the Rick Stein Cookery School (rickstein.com). 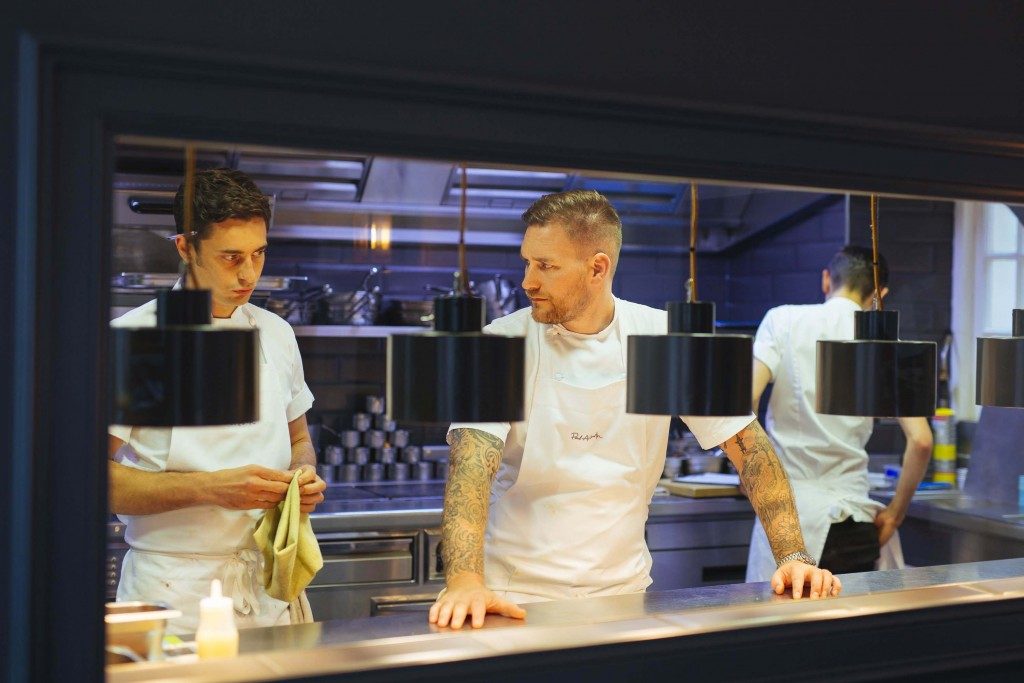 Under the tutelage of chef lecturers Sam Beech and Nick Evans, we did a full-day fish and shellfish course, preparing and cooking four dishes: clams with beer, black beans and ginger; prawn caldine; lemon sole with a lemon butter sauce, and sea bream with sauce vierge. Each one was demonstrated by the lads and then, in pairs, we made our own – fish gutting, filleting and all – becoming gradually emboldened by a steady stream of Sauvignon Touraine. Our Rick Stein experience concluded with dinner at his venerable Seafood Restaurant (also a classy B&B – see ?Sleep? on page 74). My main course, in particular, was exceptional: chargrilled sea bass with olive oil, minted spuds, runner beans and pepper ribbons, but it was the vanilla butter that made the flavours sing.

All meals in Cornwall seemed to start with indescribably good bread. And at the Michelin-starred Paul Ainsworth at No.6 (paul-ainsworth.co.uk) on Padstow’s Middle Street, it was accompanied by a trio of evenly matched butters (hello caramelisation!). Staff were friendly, allowing me to mix and match between the – la carte, vegetarian and vegan menus, each dish delivering a surprise at every mouthful. Petit fours arrived as a Box of Delights – a wooden chest loaded with sweet treasures. That Ainsworth’s senior sous chef, Chris McClurg, is from Belfast was the icing on the truffle.The restaurant also offered our second, glorious taste of Camel Valley ros?, whose family-run winery (camelvalley.com) we’d visited the day before and had a fun and fact-packed tour. Located in rural Bodmin, its owners, Bob and Annie Lindo, have been producing wine since 1989. They’ve won every important award, including International Sparkling Winemaker of the Year bestowed on their son, chief winemaker Sam. 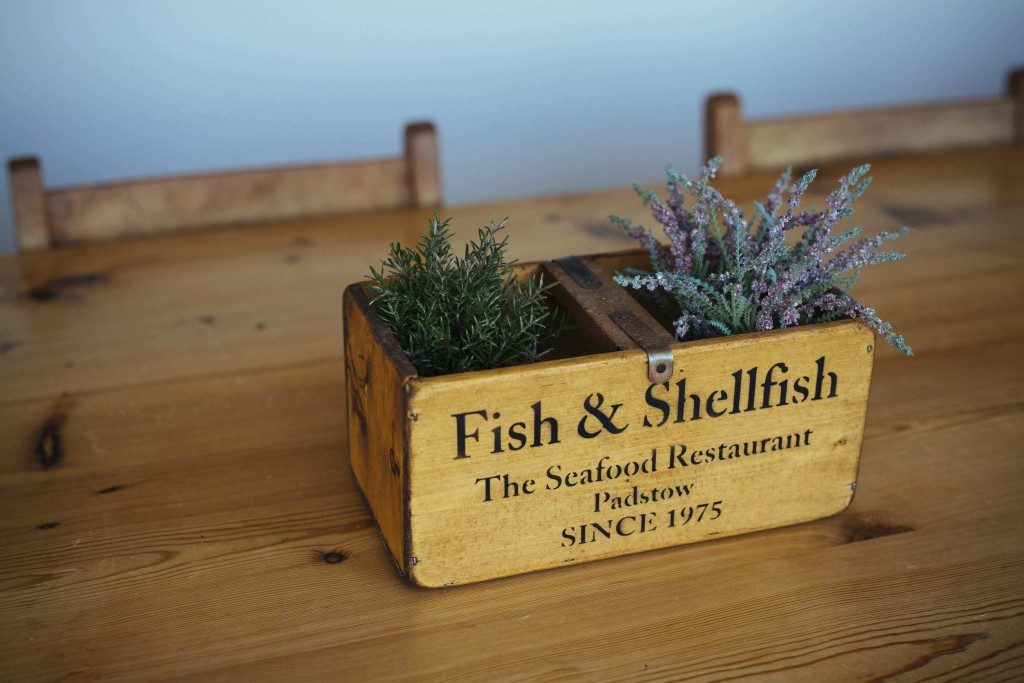 We journeyed on to Mousehole (pronounced Mouse-ull), some 90 minutes south-west. It couldn’t be any more Cornish than if it was smothered in cream by Ross Poldark himself. Wetsuits hang out to dry in the nooks, crannies and courtyards of Lilliputian stone cottages that recede to a small, pasty-shaped harbour. There are tea rooms, fine art galleries, even an antique shop selling wizard’s wands. It’s little wonder that brothers Charles and Edmund Inkin opened a B&B here, The Old Coastguard (see ?Sleep? on page 74). Charles studied at Ballymaloe Cookery School in the 1990s, his passion for food echoed in the Coastguard’s restaurant that’s helmed by chef Matt Smith. From a gutsy Welsh rarebit for breakfast to a knockout aubergine, chickpea and harissa stew with minted labneh, the spread is impressive. 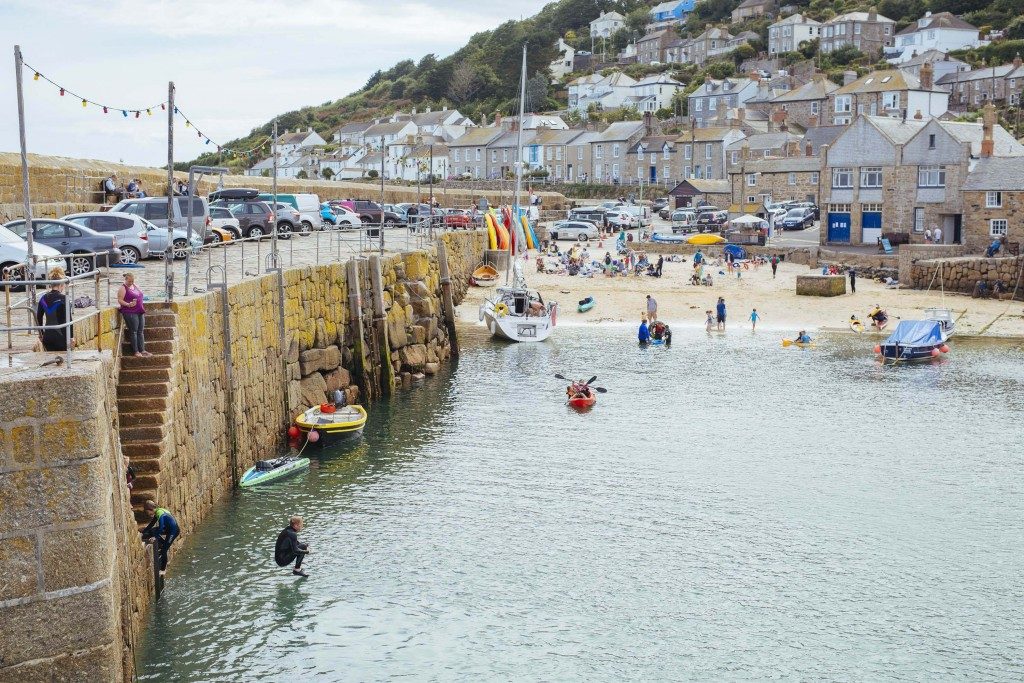 Our last few nights were at the Hotel Tresanton in quaint St Mawes – the elegant brainchild of hotelier extraordinaire, Olga Polizzi (see ?Sleep? on page 74), and where I reach peak food. We valeted the car and walked on for cosy pints at the Victory Inn (+44 1326 270 324), a simple, shabby-chic bar frequented by local fishermen and sailors. The only struggle here is dithering between the vast selection of local gins – Tarquin vs Tevethan – draught Cornish ales and ciders.

No visit to St Mawes is complete without feasting at The Idle Rocks (idlerocks.com) and The Watch House (watchhousestmawes.co.uk), both of which overlook the sea and share an understated nautical aesthetic. At the former we sampled Seafood Saturdays, a menu signalled on arrival with huge, iced platters of fresh seafood, and a glass of Pommery. Again, the bread selection was incredible, as was the Heligan’s salad, whose seasonal ingredients are supplied by the local, historic gardens of the same name. It looked and tasted of summer, chock-full of heritage carrots, chard, artichoke, mint, edible flowers, charred potato, quail egg and truffle dressing. He went large with garlic butter lobster and new potatoes. At The Watch House the following night, we overindulged on Poldark and Stormy cocktails (can you see what they did there?) and top-class fish ?n? chips with mushy peas. 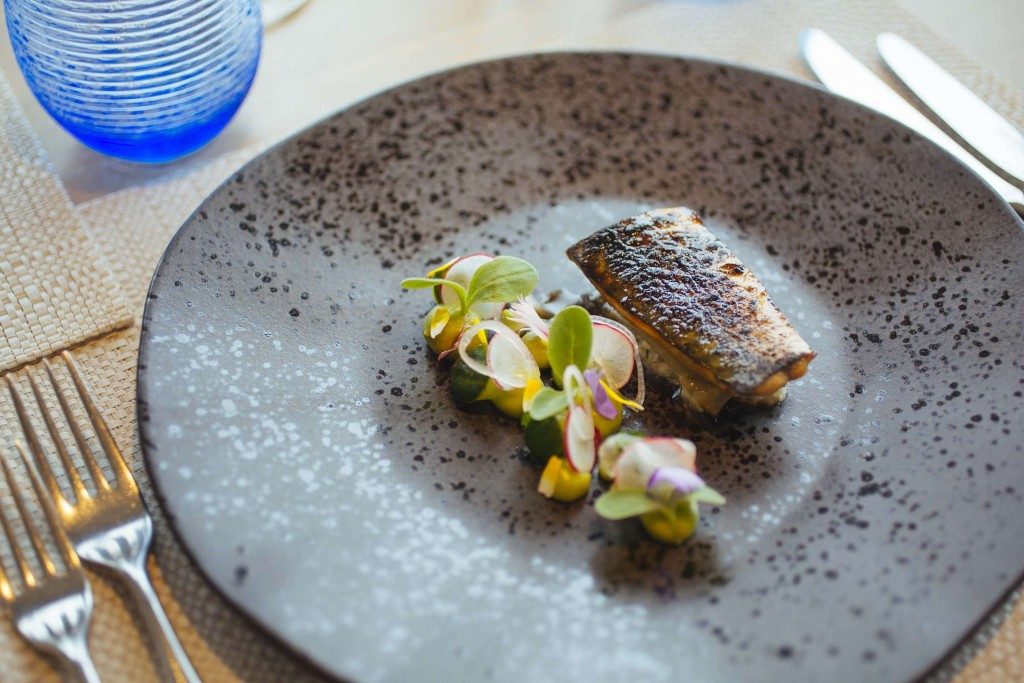 Our last meal in Cornwall was the cheapest but no less sensational, at the pleasingly ramshackle Hidden Hut (hiddenhut.co.uk) on Porthcurnick beach, Truro, upon which sun-kissed families with well-behaved dogs pitch their towels and blankets. It being Soup Sunday, I selected the Hut’s fish offering and … just wow.?We left Cornwall with the waves literally ringing in our ears. What a souvenir. That, and the spare tyre around our midriffs.

NEWQUAY From the outside, there’s an ?institutional? air about the Victorian-era Headland Hotel & Spa. Step inside, though, and this huge, historic, Grade-II listed four-star has all the welcome of a roaring fire. Recently renovated rooms are very comfortable and the large indoor pool and spa thoroughly contemporary. Book a sea-facing room for awesome vistas. B&B from €110; self-catering cottages available. (Fistral Beach Complex, Headland Road, +44 1637 872 211; headlandhotel.co.uk)

A great value option is Whipsiderry House B&B, a homely three-star that’s run with warmth and conviviality by its owners of 45 years, Lisa
and Andy Burbridge. Views of Porth Bay are gorgeous and there’s an outdoor pool for summer dips. B&B from €66. (Trevelgue Road, +44 1637 874 777; whipsiderry.co.uk)
PADSTOW Seafood Restaurant is also the name of Rick Stein’s flagship B&B. This 16-room retreat has stylish, spacious rooms – ours had a private outdoor patio with water feature. Furnishings are top quality and the artworks carefully selected from Rick and Jill’s collection. Great location and the roof deck is spot-on for summer nights. B&B from €165. (Riverside, +44 1841 532 700; rickstein.com)
MOUSEHOLE Overlooking St Clement’s Isle in Penzance, The Old Coastguard exudes old-world charm – giant sofas, bookcases, vintage-style Robertson radios – and has a lovely, palm-tree-studded lawn that rolls towards the shoreline. Food here is outstanding, so be sure to visit its sister B&B in Zennor, The Gurnard’s Head (gurnardshead.co.uk), en route to salubrious St Ives. B&B from €140. (The Parade, +44 1736 731 222; oldcoastguardhotel.co.uk)

ST MAWES Bought by Olga Polizzi in 1997, Hotel Tresanton is a clutch of conjoined properties beside the sea. Each room is unique; ours overlooked the ocean, making for a heavenly soundtrack of lapping waves. There’s a dog-friendly bar, while the restaurant is distinctly Poirot-esque. Beautiful outdoor terrace for clement weather. Rooms from €210. (27 Lower Castle Road,
+44 1326 270055; tresanton.com)
SMART TIPS

The A30 dual carriageway is the main artery that runs all the way to Britain’s most southwesterly point, Land’s End. Otherwise, the narrow, country roads aren’t for the fainthearted or for anyone in a hurry. So take it slow.

Do not leave Cornwall without visiting the Eden Project, whose very slick, free park-and-ride system makes entry to the site a cinch. There, two huge, balmy, temperature-controlled biomes house tropical and Mediterranean plants, so it’s a no-brainer day out in winter. There are also education and exhibition spaces and, naturally, gorgeous grounds. The food hall is pretty intense so my advice is to eat at the table-service eatery in the Mediterranean biome. edenproject.com

If tides and climes allow, walk the causeway to St Michael’s Mount off the small town of Marazion (stmichaelsmount.co.uk). Just 30 residents live on this picture-perfect island that’s topped with a castle whose oldest parts date back to the 12th century.

This feature appears in the October/November 2017 issue of Cara magazine, the in-flight publication of Aer Lingus. For fares and timetables from Ireland to Newquay Airport, visit www.aerlingus.com.