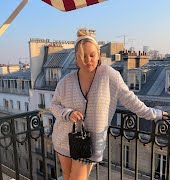 Thinking about a full fringe? I got one a few months ago and here’s what...

Forgiveness in adult relationships can be difficult, but sometimes you have to do it –...

According to the internet, 2022 should be our villain era — but what does that...

In the editor’s letter from the Volume 1 issue of IMAGE Magazine, Lizzie Gore-Grimes contemplates adding more to life by doing less.

I read a superb essay recently in The Atlantic, which contrary to its slightly depressing title: “Your Professional Decline is Coming (Much) Sooner Than You Think” was one of the most thought-provoking and uplifting things I’ve read in a long time. Written by the American social scientist and think-tank leader Arthur C Brooks, the piece talks about the freedom to be found in unravelling the tangled-up strings of career success and self-worth; ditching the drive to amass more and finding peace in (being) less.

“What I need to do,” he says, “is stop seeing my life as a canvas to fill, and start seeing it more as a block of marble to chip away at and shape something out of. I need a reverse bucket list. My goal for each year of the rest of my life should be to throw out things, obligations, and relationships until I can clearly see my refined self in its best form.”

He references finding the perfect succinct summation of this in The New Yorker cartoon of a man on his deathbed saying, “I wish I’d bought more crap”. The very feeling that inspired South African-born stylist Kim Gray, on page 26, to design her Dublin home to be as clutter-free as possible with a determination to buy well but own less. No mean feat when you’re a mum of four children under the age of six, including two-year-old triplets. “For me, it’s the balance of trying to create an inspiring and comforting home with thoughtful and considered pieces – but keeping things simple,” says Kim, while writer Suzie Coen describes her style as “the interiors equivalent of a pared-back high fashion look; a style that’s well made but not show-offy.”

But Kim is quick to affirm that’s it’s also about finding your own happy medium: “Be mindful in your choices but don’t live with the guilt of not being perfect.” Sentiments powerfully echoed by Sinéad McSweeney on page 116. As former advisor to two attorney generals, head of communications for the PSNI and the Garda Síochána and now MD of Twitter Ireland, Sinéad McSweeney, our IMAGE Businesswoman of the Year 2019, is the kind of woman, leader – and human being – we might all aspire to be in this new decade.

Having suffered the loss of her husband in the last year, Sinéad feels strongly that women need to re-evaluate the notion of “leaning in”. “I think women actually need to lean out,” she states. “We put this inordinate pressure on ourselves. You almost need a hierarchy within your priorities, and to know that it’s okay not to do everything at 100 per cent.”

When Leonie Corcoran writes about “the compulsion we all feel to orient our persona towards being who we think others want us to be” in her brilliant piece on finding confidence on page 63, she asks the question: “Have you ever heard someone speak passionately and authentically about a subject? Have you been energised and inspired by them? Finding these voices – in your group of friends or in history – is one way you can find the same in yourself.” That person for me is Sinéad, who sums up success as “not about a title, but knowing that you are being the best version of yourself through constant development… I realise now that there’s very little we can leave behind us that matters, but if we impact other people for the better, that is a good enough legacy.”

As we welcome an exciting new decade, naturally our thoughts turn to what it might hold in store for us. For me, I think I’ll be adding more to my life by being and doing just that little bit less.

Read more: How she does it: Triona McCarthy’s party-prep beauty tips

Read more: Can you Marie Kondo your mind? Yes, you can, and here’s why you should

Read more: 5 ways to help you fend off festive anxiety this year