MELANIE MORRIS steps onboard the Europa 2 to discover the true definition of luxury cruising.

There should be laws surrounding the use of the word ?luxury?. It’s a term that, in my opinion, is bandied about way too loosely, particularly when it comes to describing cruise ships and their offerings. I mean, call me fussy, but I don’t call two- seating dining (meaning you have to eat at either an early or late hour assigned to you) luxurious. Nor do I define a bathroom the size of a sugar lump luxurious, nor being herded on and off a ship with thousands of other travellers, or a cabin without a window to the world, or a dribble of free sparkling wine, served in a plastic glass.

These are all commonplace things on cruise ships that categorise themselves as ?luxury?. Then I discovered the ‘super luxury? category, and my head was turned. 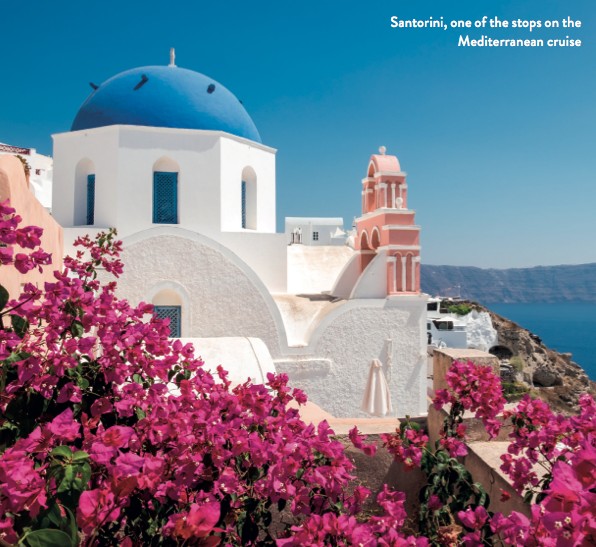 Hapag-Lloyd Cruises are the purveyors of super luxury. They understand and lead the class. Well known on their native German soil, but really only recognised for the freight side of the empire in Ireland, Hapag-Lloyd Cruises has a fleet of four ships, two of which are ?expedition? vessels, sailing around the world’s more obscure destinations; the other two – Europa and Europa 2 – are more leisure-oriented, cruising the Caribbean, the Far East, Australia and the Mediterranean. Europa is traditionally formal – think tuxedo dinners and wood panelling – where everything is conducted in German. Europa 2 offers a more modern perspective – discreet luxury without stuffy butlers and formal nights – and a bilingual service.

Boarding the Europa 2 on part of a Mediterranean cruise earlier this year, my first impression of the ship was of space: bright, double-height, extended-width areas with airy atriums. Space at sea is a true luxury, and on Europa 2 things have been removed, rather than added. On every deck, light from each side of the ship floods across to the other; there are no interior cabins to interrupt the flow of air, people or light. No expense has been spared in the interior design, with beautiful contemporary art, plenty of opulent Murano glass and a sliding roof over the swimming pool deck to always ensure a perfect climate. 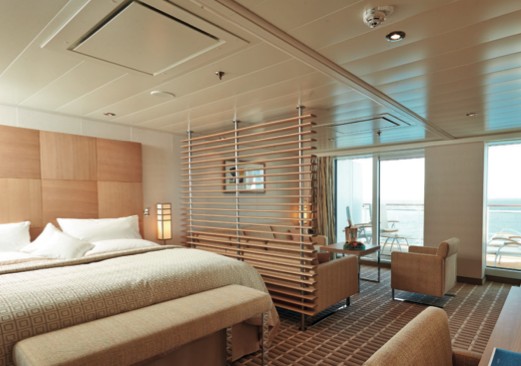 As I stepped onboard, waiters appeared with glasses (real) of champagne (also real). Check-in was speedy, the passenger number is shy of 500 at maximum, and the atmosphere is more refined members? club than bedraggled tour group; I’ve never seen more cashmere in one place.

As I settled in, I began to understand that Hapag- Lloyd’s point of difference is that they deep-dive into detail. Cabins, even the most basic class, are generously proportioned – there’s room to swing a cat, possibly even a lion. Bathrooms have baths (most with Jacuzzis) and separate waterfall showers as standard; most have a separate lavatory. Dressing rooms come as standard, as does a generous veranda, big enough to house two sun loungers and other outdoor furniture. In the cabin, minibars are re-stocked (free of charge) twice daily, as is the fruit bowl. Every night, there’s a different gift sitting on each pillow, and an elaborate room service menu is available 24/7.

This is a different level of cruising; any-time, any- restaurant dining means you can book a table in one (or all) of nine onboard restaurants and food-serving bars for whatever time you fancy, and there are no supplements for dining in the speciality Asian, French, Italian and sushi restaurants (common irritant on most ships). The casual buffet restaurant, the Yacht Club, is so much better than its descriptor, offering a perfectly curated selection, from Ayurvedic to indulgent, and includes plenty of lobster, salads and freshly grilled meat and seafood, in addition to an extensive selection of treats.

The ship’s excursions are considered, and a far cry from tourist cliche?, so they offer the sort of experiences and access that super luxury calls for. As a lovely touch, there are also a few incredible surprises throughout each cruise which come free and as a bonus, like the generous pool party where champagne, cocktails and canape’s flowed endlessly while successive bands entertained as we partied under the stars – I felt like I was in a Baz Luhrmann movie. On another day, there was an impromptu beach barbecue party, where passengers were loaded onto the ship’s Zodiac motorised rubber boats and bounced ashore, to more champagne, cocktails, food and entertainment. Yes, it really is the sort of holiday you’d recommend to an off-duty James Bond. 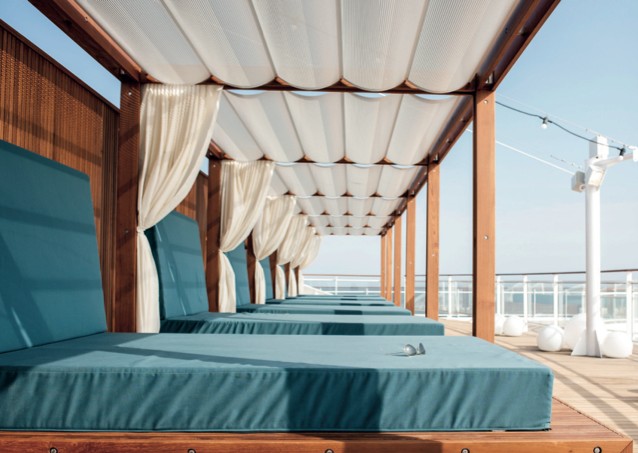 In quieter moments, there are canopied daybeds to stretch out on by the pool; there’s a refined daily afternoon tea in the top-deck Belvedere lounge and movies in the posh screening room at night. Europa 2 boasts a spa complete with panoramic whirlpool, treatment rooms with floor-to-ceiling windows, and an extensive thermal suite; there’s even a virtual golf course onboard to master that swing. For those who love the finer things in life, there’s wine tasting, gin tasting and a huge cigar humidor to indulge in.

Then there’s the whole point of cruising… the variety of new destinations that come to you, without any need for packing or planning. Because of Europa 2’s size, it can get in to ports most other cruise ships can only dream about (or need to tender to and from), disembarkation and embarkation is fast and stress- free, with far more flexibility (and German efficiency) than cruisers might be used to.

The age of passengers onboard Europa 2 is varied. Families are welcome and brilliantly catered for, with kids? clubs, nannies, dedicated children’s meals and on-shore excursions, meaning those travelling without children don’t get overrun by small people – it’s almost like two parallel universes cruising happily and beautifully together.

Overall, the devil is in the detail on Europa 2. Every whim is anticipated and provided for; this is cruising with distinction, for those who rate space and experience as key luxuries in modern life.

In truth, my experience on Europa 2 was as though I was being shown behind a velvet curtain… that this is how the in-crowd really cruise; this is going on right now, but only the very select are in-the-know. Part of me wants to desperately keep it that way.

The Europa 2 offers a series of seven-night Mediterranean cruises between May and July 2017, with cruise-only fares from approx €3,585 per person sharing. For reservations or more information, contact John Galligan Travel, jgt.ie or visit hl-cruises.com. This article originally appeared in the November issue of IMAGE magazine.