Ahead of his upcoming “An audience with Donal Skehan” event in Dublin this September 6th, we sat down with Donal to hear about the fascinating method with which he and Sofie have chosen to move baby Noah onto solids.

Baby-led weaning (or baby-led feeding) is not a new concept; since the dawn of time mothers have gone from feeding their babies milk, to allowing them to self-feed soft solids as soon as they were ready – there was none of this puréed food in between.

Nonetheless, the whole concept can still seem a bit daunting for first-timers, especially when such a practice is not necessarily the norm and when they’ve only known their baby to guzzle milk up to this point.

“A bit nervous at first”

At nearly nine months old, Noah Skehan is now firmly on solids. Donal admits to having initially been a bit nervous about leaving food in front him and expecting him to self-feed adequately at such a young age. However, now the celebrity chef speaks with enthusiasm as he discusses the practice.

“We have found baby-led weaning to be absolutely amazing, it’s great to see Noah naturally work out his own food preferences, plus it’s hilarious to watch. There should definitely be a youtube channel or a tv station where you can just watch kids eat – it’s the most hilarious thing to see!”

When it comes to BLW, you want to keep the food solid enough that the child can grab hold of it, but soft enough that they’ll be able to easily mash into it with their gums.

“When we started we just used simple ingredients like fruit and steamed veg; living in California we opted for avocado to kick it all off. After that, we went onto steamed broccoli (which he LOVES), carrot and sweet potato, always ensuring it was well-cooked and not too hot, so that he could munch away happily.”

With BLW, the child is trusted to know when, what, and how much they need to eat. This practice can be a little messy, but it fast-tracks children into learning to feed themselves as they develop hand-eye coordination and motor skills (by grasping food and moving it to their mouth) from such an early age.

Donal and Sofie found it fascinating to see their little boy grab figure out he wanted, grab it and gnaw away happily –

“it didn’t take long for us to realise that he eats everything!”

Because they don’t have to set time aside to feed him with a spoon; the family are now able to all eat together at the table, “we now try to keep Noah’s food roughly in line to whatever we ourselves are eating at the table (obviously within reason – nothing too salty or difficult for him to chew). This makes preparing his food easier for us, but I think he likes to feel included in that sense. ”

“Above all, however, steamed broccoli remains his favourite!”

Tickets now available for “An audience with Donal Skehan” 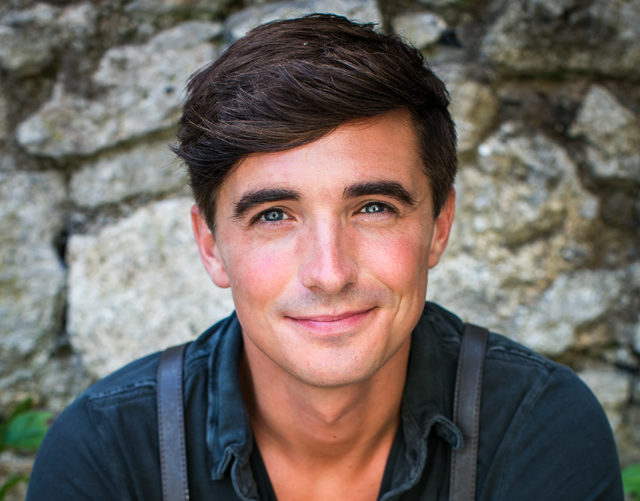 Join us for an evening with Donal Skehan at the Alex Hotel on Thursday, September 6 to celebrate the launch of his brand new book – Meals in Minutes.

WHERE The Alex Hotel, Dublin

*Including gift bag & treats for all plus a few surprises along the way!