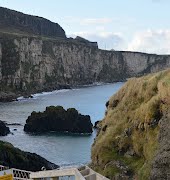 I was diagnosed with Cystic Fibrosis at 36

It took more than 20 years for doctors to discover that mum-of-two Claire Covey carried a rare gene that led to her finally being diagnosed with Cystic Fibrosis at the age of 36. Here, ahead of Cystic Fibrosis Ireland’s 65 Roses Day on Friday, April 13, she tells us just what it’s like to live with the disease, and how we can all do our part to help others with CF…

How my diagnosis finally came to be
I constantly had a cough, and years of pneumonia; there was also a shadowing on the lung, and the ability to conceive was another issue for me. I was diagnosed with asthma at the age of 18, then bronchiectasis at 22. In 2006, I was referred to Temple Street Hospital for genetic testing, and that’s when it was discovered that I was a carrier. I was constantly getting chest infections and went to the Mater Hospital for bronchoscopies and different tests, and eventually the consultant decided to send me to St Vincent’s for a second opinion. After further gene testing I was diagnosed with Cystic Fibrosis (CF). One of my CF genes is one of the common ones – F508del; the other gene, D1152H, is very rare. There’s something like 1,500 mutations of CF, and only something like 96 of them are commonly tested. Even in babies now, when they test, they only test for those common genes. So even if I had a blood test now they still wouldn’t pick it up. I was finally diagnosed in December 2010. I was 36 years old. The consultant at the Mater rang me on my mobile with the results. It was two weeks before Christmas. He said to me, “Would you like me to tell you on the phone or would you like to come into the office?” and I said, “Just tell me – I just want to know.” I was picking my son up from Montessori – he was three at the time; my daughter was just 11 months old. I knew what CF was, because I had been told I was a carrier, and used to go to school with a girl who had CF – I always remember her being off school and hooked up to machines and tubes and having her back patted after school when we would be out playing… So I suppose the big thing for me was wondering what the future held.

Living with CF means a lot of time spent in hospital and receiving treatments – it’s a full-time job
I first went into St Vincent’s as a patient in January 2011. The new CF unit opened in July 2012. I was admitted for six weeks, and it was the very first admission I had; my lung function was only 52% at the time. Every year, there’s been about one admission; my shortest stay was two weeks and my longest was last year, which lasted four-and-a-half months. It was for a particularly bad infection and the treatment for it was quite new to Ireland, and I’m still on the treatment now, almost a year later. The treatment has caused a number of side effects, some permanent and some temporary. I’m coming to the end of that treatment, thankfully, which will reduce my physio slightly and give me some precious time back. My physio is very time consuming and has to be performed twice a day, along with fitting in regular exercise, so it’s a full-time job.

My family have supported me as much as anyone can
When they first heard about my diagnosis, my family were very supportive. Many of them didn’t really know what CF was; my mum did because she’s a nurse. I don’t have any extended family in Ireland – they’re all in the UK. It’s easier now, because the kids are older and my husband’s parents are retired now and my mum’s partially retired, so they can come over at short notice, which makes life easier. When the kids were younger, we had to rely on friends if I was in hospital. And my mum could get maybe one or two weeks at a time off work. Quite often now, we say, “How did we manage?”

There’s a lot to juggle, especially when I’m in hospital
It’s all the little things like how the kids are, and letting the school know what’s going on and communicating with them, because the kids’ schoolwork could deteriorate and they get quite upset. Bedtimes are quite difficult – it’s much easier now that we have FaceTime. Now, when I’m in hospital, we FaceTime in the mornings and have breakfast together, and they can ring me when they get home from school. But it’s very tiring – the hospital is so far away from home. If they visit me after school, they have to do their homework when they get home at night, and they can get upset when they have to leave me.

My mum battled when I was young, trying to find out what was wrong
Before I was diagnosed with asthma, my mum was often taking me to the doctor and was told to just give me a cough bottle. I think a lot of that was because she was young when she had me – and she was a nurse as well, so I think they just thought she was an over-anxious mother. But I had this barking cough and used to cough all the time. It wasn’t until I started getting the right treatment that the cough sort of went.

Living with CF means a lifetime of infections and treatments
I worry about things like hospital appointments, shopping centres and doing pick-ups from the school. When people are around you, it’s just being aware of it and not going near them if you know they might be sick. On top of that, there are the allergies – with cats, dogs, dust mites, trees and grass. I’m multi-allergic, which brings further complications. There are all these fantastic drugs now, but the drugs don’t always work the way you hope they will. I’ve lost part of my hearing due to one drug treatment, so I’ve got hearing aids now. The drugs are there to help you, and then you’ve got other drugs to counteract issues with those drugs. Treatments I’ve been on in the past have led to me needing a blood transfusion.

No two CF patients are the same
There are so many different mutations – every CF patient is different. One thing you see is people are getting diagnosed later in life. There is one guy I’ve heard about who was just recently diagnosed in his seventies. It’s because now, every year, they are finding new mutations, and what I’m hearing myself is there seems to be a connection with bronchiectasis as well. People are being diagnosed with bronchiectasis, and then later they’re finding there’s actually a cause behind it. I was also told CF actually causes bronchiectasis. When I was diagnosed, I think it was quite new for older people to be diagnosed with CF; I found the leaflets I was given back then were all about children – there was nothing about being an adult CF patient.

How people can help patients living with CF
I’d encourage everyone to become an organ donor. When I was in hospital, I think there were about two or three organs that were donated to CF patients in the four months. I’d like to see awareness raised about the condition to help find a cure that will give people living with the condition a better quality of life.

My advice to anyone facing a CF diagnosis is…
To have a strong relationship with your CF nurse specialist, physiotherapists, and nutritionists at your clinic because they are there to help you. There’s a lot of help and support out there. I have built up a relationship with Cystic Fibrosis Ireland. One example of how they’ve helped me was when we were going to the States and I was trying to get travel insurance and was getting costs for two or three grand because of my illness. So I called Cystic Fibrosis Ireland and they couldn’t believe it. They must have rung around because they came back to me with a name for an insurance company – ACE – that would insure me for a reasonable amount. There are grants available for people too.

Do your research – there’s a lot of information out there, and every case is different. If you’re doing any research on the internet, look at current information, don’t look at information from six, seven or even four years ago because things have changed so much and they’re changing so quickly; and never compare yourself to anybody else because your mutation is different.

Try and create a normal life for yourself – avoid germs if possible; getting sick is unavoidable, but stay healthy and minimise exposure to germs and bacteria. I think if I were diagnosed earlier in life, there would have been things I wouldn’t have done or achieved knowing I had CF, so try and keep your life as normal as possible. Life can be really difficult, but if you want to do things, do them.

Make sure to do your physio – especially teenagers; I know teenagers out there who don’t do their physio who go into denial because they can’t go out and party and all those sorts of things, but do your physio and keep well.

CF has taught me a lot – to appreciate time with family and friends, appreciate life. Talking to people is important – I think that’s been quite a big thing for me, talking about my illness. I think most people I know now know about it because I don’t hide it; I used to, but after I had a pulmonary embolism, I started telling people. I think it makes it easier when people know, because they know why you’re down or if you have to cancel things, they understand.

Do your physio, keep your lungs moving, and yeah, times can be difficult, but just get on with it as much as you can.

Friday, April 13, 2018 is 65 Roses Day – the annual fundraising day for Cystic Fibrosis Ireland. You can purchase a CF purple rose from one of the many volunteers situated in shopping centres and elsewhere around the country. Or text 65Roses to 50300 to donate €2 (100% of the cost goes to the charity across most network providers; some providers apply VAT which means a minimum of €1.63 will go to CF Ireland). For more details on how you can support, visit cfireland.ie.