HOLLYWOOD, CA - JULY 31: Actress Cynthia Nixon arrives at the DoSomething.org and VH1's 2013 Do Something Awards at Avalon on July 31, 2013 in Hollywood, California. (Photo by Jason Merritt/Getty Images)

When will the prospect of a third Sex and the City movie be put the rest? When will the Hollywood powers that be finally sunder all hopes of a reunion? Very soon, if Cynthia Nixon has her way. The actress, who played the part of lawyer Miranda in the long-running series, has decided to give her thoughts on the rumours that stalk all four of the actresses who have been trying to move on ever since the sequel movie was released. Her thoughts are not very warm and fuzzy in relation to a further chapter.

“With something that is such a success, it’s very hard to know what all went into us capturing that moment,” she told?The Guardian in an interview promoting her upcoming movie Ruth and Alex. “We don’t need another?Sex and the City?because we learned the lesson of the show: marriage isn’t the be all and end all in women’s minds anymore, and women are friends with each other in a way that rivals their romantic relationships.? 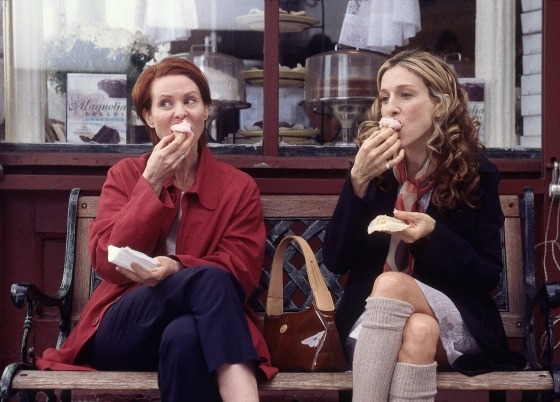 In the interview, Cynthia references just how much of cultural touchstone the show, which told the story of four single women in their mid- to late-thirties, continues to be. While she admits to being a Miranda (“I would totally be a Miranda. I’m really not like the others in any way.”), she also mentions being approached by hen nights during her lunch, and about how speculation about the characters will not abate. It all sounds rather tiresome.

Considering the show wrapped in 2004 and the last movie was released in 2010, it grows increasingly likely that SATC 3 is not going to happen. Even if Sarah Jessica Parker and the show’s creators do drop major hints from time to time.

However, on behalf of women who are interested in seeing a movie about four middle-aged women the vast majority of television fans regard as friends, it’s very hard to get closure when Comedy Central keeps showing episodes at prime tv-food-coma time. Can you imagine how fevered we would be if the entire series was on Netflix?