Tessa Thompson is one of those actresses everyone knows is on her way to stardom. She starred in the acclaimed Selma two years ago and this month Irish audiences can watch her in Creed, the Rocky sequel about the titular former boxer training the son of his rival Apollo Creed, Adonis Johnson?played by Michael B. Jordan. Thompson takes on the role of Philadelphia musician Bianca, ostensibly Jordan’s love interest, who rises above all the usual WAG tropes as a fully fledged female character. Bianca is a woman who supports herself and her boyfriend simultaneously. She’s got goals beyond being associated with a rising star. This gal wants to blaze her own trail, which is why she’s such a charming and necessary presence in the movie. Here Thompson talks about the process of making Creed?and how she channeled her own musical background for the part.

How did you get the role, and what did you think of the script when you read it?

I wanted to make the movie before I knew what it was. I just knew that it was called Creed, and I knew it was Ryan Coogler’s next movie. And so I really wanted to make it. When I found out that there was something in it for me, and that it was to play a musician. Ive long time?I’ve dabbled in music. I sang at a band for a couple of years. My dad’s a musician. But it’s always been a dream of mine to play a musician in a movie, so that was something that was exciting to me. And then to enter this iconic film institution but to enter it in such a fresh way, a standalone way… Reading the script, you wouldn’t have to be familiar with the Rocky movies at all, to be invested in the universe. And then to know that beyond that, there’s this body of work that you can watch if you’re still interested in the world that this movie takes place in. I loved all those elements of it, and getting to work with Michael B. Jordan. I just think he’s so uniquely talented. So it just felt like a project that I would’ve been very upset, if I didn’t get to do.

Who is Bianca, your character, and what do you like about her?

She is, some people would say, a Philly John, which means a real Philly girl. She’s sort of born and bred in Philadelphia. She is someone that is in the pursuit of having some measure of success in the music industry. She is really passionate about these batch of songs, but they’re kind of experimental. So I think she’s elusive. She’s hard to pin down. Because of the work that she does, she’s holed up in her house. So she’s not really the most extroverted or available person when she first meets Adonis. And for that reason, I think she’s a tough nut to crack. But once you do get to her center, you realize that it’s really quite soft and quite vulnerable, and I thought that that was something that was really special about her. I also really fell in love with Philadelphia, when I was coming here to do research. And so I really stole from a lot of the women that I met here. There’s a lot of them on screen. 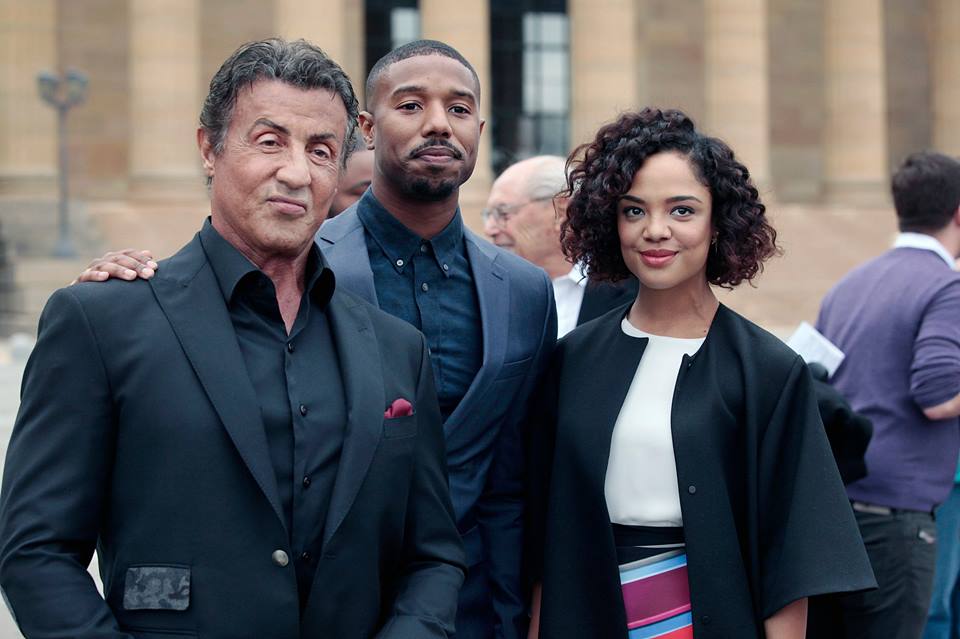 How did you prepare this role? It’s a complex character.

There was the dialect which was really the trickiest thing at first, figuring out how she spoke, because it needed to sound like Philadelphia, but depending on where you are in Philly, it’s really different. There’s not a standard wash of Philly that you do. Depending on the person’s experiences, and that’s true of all of us in the way that we speak, changes the way that we speak. So we really wanted her to really be specific, and be something that audiences could watch and believe in. So I spent a lot of time hanging out in the city. I went to beauty salons. I would take out my voice memo on my phone all the time, and I would record people secretly. And I would listen to all of that and I would pick here. And then there are also reference points, someone like Jill Scott for example, who’s a Philly-based artist, so she was a perfect person for me to look at. And also would have been someone that Bianca would look to, because whenever someone makes it out of your hometown and get’s a claim, that’s someone that you look up to. So there were so many reference points for me.

Adonis has his dreams, but so does Bianca. What do they see in each other?

I think they see that in each other. I think they find that really alluring and really exciting. And also, at some point I think they find that that’s a tricky thing to navigate, because it means that they each, respectively, are dealing with falling in love with someone, that is in love with something maybe a little more than them sometimes. Adonis wants it so badly. He wants success so badly, and wants to prove that he is his father’s son. And for Bianca, I think she wants to prove that her voice can be heard, and that she’s enough. And so I think they help quiet that in each other, and help each other hopefully realize that while those things are really important, connection is also really important, and the people around you are also really important. 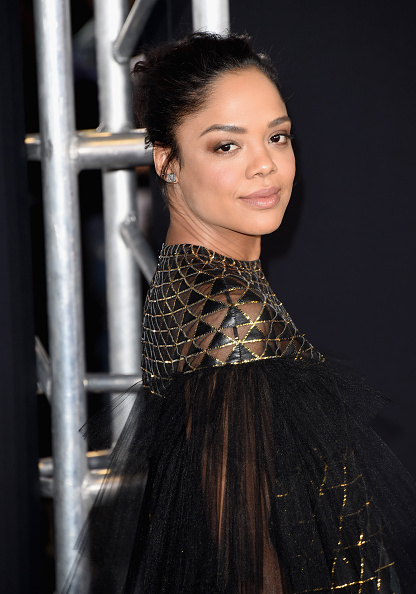 What can you say about Michael B. Jordan and what he brought to that character?

Well, he brought an incredible… Truthfully, I fell so in love with his work ethic, and just the spirit that he brought to wanting to really capture the heart of a fighter. And so it was really easy to be able to fall in love with him on screen because I just felt like he was just working so hard, and almost for the space of a year. And then also watching his collaboration with Ryan Coogler. They worked together on Fruitvale Station. They have such an incredible… they are such brothers. They really root for each other. They’re really like ringside. They are each other’s biggest champions. And also they keep each other honest, in the way that family does. So that was really special to watch, to watch them together.

Talk about the musical aspect of your performance, and your collaboration with composer Ludwig G?ransson.

That was so cool. Ryan called me on a Friday to ask me if I wanted to make the movie, and he said, ?You should start working on the music soon with Ludwig.” And I was like, “When?” And he was like, “Tomorrow.” And I started the very next day, and we worked together for weeks every day straight, from morning till night. And he’s just such a talented, talented, just a genius. Can play anything, can work in whatever which way. Sometimes, we would build a track, ground up, sitting at his computer. And sometimes we would start at a grand piano, and we would start a song that way. He and Ryan have been really good friends since they were in college. They met when Ludwig was living in a tiny little closet of a fraternity house that had been on suspension. And they met, Ryan was playing pool, and they became fast friends, and are longtime collaborators now. So it was just really special. I felt like I was being invited into a family.

He’s kind of exactly what he’s like as a person, which is someone that’s really open, that’s really available, really present. Cute things about him… One thing, for example is he likes to hide. He likes to be as close to the scene as possible, so he can be inside of it. And instead of always watching on a monitor, with everybody else, he’d have his own little monitor in case he needed to reference things, but liked to watch live to see what’s happening. Or, if he couldn’t watch because he’d be in the way, he liked to listen. So if we were shooting the scene now, he might literally pop up from right… He might be sitting here the whole time, just crouched, listening. And then he would pop up to give you notes. Or when they were shooting the boxing scenes… One day they were in a boxing scene, and suddenly he literally pops up from under the boxing ring, and he’s been there the whole time, directing from under there. There could not be a more hands-on director if you tried.


How was it for you to work closely with a legend like Sylvester Stallone?

Incredible because, he really… There is a danger if you say that someone that you’re in the presence of a legend and you sense that, because there’s this idea sometimes, that a legend is this fully formed thing all the time, that walks around knowing how legendary it is. And he’s not that at all. He’s incredibly humble, and open and just fun. Legends don’t really sound that fun. You don’t really want to have a beer with a legend. Well, maybe you do. It depends on the legend, but you know what I mean. There’s something stoic about that term, and he’s anything but that. But he’s just an incredible wealth of film history, and such a champion of young and up-and-coming artists, which is so cool for someone that’s as established as he is. He doesn’t have to be that way and he just is. Because he remembers so palpably when he was there. He talks about having mastered the art of poverty, back in the day, when he was trying to get Rocky made. And truthfully, he doesn’t feel like he’s changed all that much since then.

How was it to shoot those comedic moments? Because there’s humor between the three of you.

We had so much fun making it. Honestly, we just had so much fun making the movie that it would be crazy if it didn’t get communicated on screen. We were just so happy. This was really a movie that came… It was the brainchild of Ryan. He wrote this movie because it meant so much to him. And then he was able, over time, to convince Sly to get onboard, and then Sly convinced the studio to make it. So I think we were all just so happy that we were getting to tell this story.