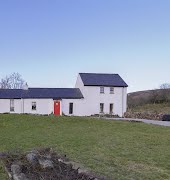 WIN dinner and drinks for four at Hang Dai, including a set by DJ John...

Comment: Our obsession with being thin hasn’t gone away. It’s just hiding in plain sight

“Sit your fat bums down on those chairs,” says the female teacher to the class of all girls, jokingly. But you can’t joke about words like fat anymore can you, the parent’s WhatsApp group wonders?  Or maybe we are the ones making a big deal out of it? Maybe the girls haven’t even noticed…yet.

They will because we still live in a world where body shape is everything. It shouldn’t be, but there is no point in pretending that we are not obsessed with how our bodies look with or without clothes. We will be judged on our size, the outline of our flesh against our clothes. Assumptions about our self-control and our priorities will be made based on a quick glance at our trunk.

And all around us, body positivity campaigns abound. Eating disorders and obesity have never been more spoken about, still we cannot shake this ideation that being thin is the most important thing, especially if you are female.

So we talk about empowering ourselves, and all the while we starve ourselves. No cake. I have to fit into this dress. You are so lucky you don’t put on weight. I have to get rid of this tummy. I’m huge.

We idolise those who’ve managed to fit into those impossibly small jeans.

Being thin is associated with being famous, being rich, being younger…being better. But why is thin considered better?

Maybe there is a form of beauty in fragility, an attractive physical symmetry in the straightness of lines? But biologically, in times past, being skinny would made you the runt of the litter, the weakest, the least healthiest, the less likely to get you a mate because of the ‘appearance’ of your reproductive health.

But beauty ideals have been turned on their heads.

The average person is now overweight, so like everything that is more rare, being thin is therefore perhaps more in demand. This shouldn’t be a judgement of worth, but instead, basic economics that might explain our desire to join this club.

And while fat-acceptance groups have exploded (books like Embracing Your Fat Ass and plus-size celebrities like Tess Holliday have promoted the message that big is beautiful) the message is mixed; while it is hugely important to have a positive self-image no matter your size, we also have to accept that the extra weight may also damage your health.

We can’t have it both ways. (Well, maybe we can but it is seriously confusing). How can we pretend to have a healthy attitude to eating and then obsess over the size of our thighs? How can we stand up and say Yes! Tummy rolls are ‘real’ and should be celebrated, and then shudder at our own muffin tops?

In many cases, men have better perspective. Studies done by researcher Devendra Singh show that when men are asked to rate the attractiveness of silhouettes of womens’ bodies, they overwhelmingly pick the silhouette corresponding with the healthiest weight for women — not too thin, not too fat. The Goldilocks version of their ideal women.

“We’re still chasing that unicorn – the magic fix, the quick pill or fad diet, the fitness CD of dreams, the smoothie or tea or hack that will make people ask in a hushed voice how we lost all the weight”.

“Why isn’t my tummy flat?” my daughter asked me when she was six, flattening her normal little-girl stomach down with her hands. Horrified, I explained that all her organs had to fit into her body and that dolls and cartoons (like Daphne, the impossibly-waisted siren from Scooby Doo) don’t have that same consideration. That she’d already been exposed to a world where we were supposed to confirm to an unrealistic body image was frightening.

Being healthy is the most important, I tell her now. Strong and healthy. But we live in a world where she is more likely to be obese than underweight, so we thread softly. We encourage exercise through sport, nutritious food, sporadic treats…balance and common sense in a bid to combat the skewered world we find ourselves scrolling through on social media.

I’m a 40 year old woman who can be ‘influenced’ by someone else’s body shape, how is a 12-year-old supposed to cope with that?

And so we wax lyrical about body positivity. We read posts from those who’ve struggled in the past and who claim to be secure in their looks, those who embrace their bumpy bits, their post-baby body, their cellulite. We try really hard to agree to change the narrative to celebrate this type of beauty, truth beauty, while battling against all we’ve ever known. But deep down, we’re still chasing that unicorn – the magic fix, the quick pill or fad diet, the fitness CD of dreams, the smoothie or tea or hack that will make people ask how we lost the weight. That promised land (without milk or honey).

So thin is still in. Perfection is still what we are being told to strive for.

Elodie, originally from France, is 25. She believes that there is an unspoken competition between women when it comes to weight. She works in retail now which means she is surrounded by unrealistic beauty ideals all day long. She says that over the years she struggled to stay slim but says she felt under pressure to be a certain weight.

“I feel like being smaller gives you more power, more opportunities. I know it sounds really bad, but it is true in my case. On the one hand you find yourself living this charade that you just have a great metabolism, and you have a great time out at restaurants and your just naturally slim. But what you show in public and the reality in private are very different. You may be out having a meal, but no one sees how little you eat for the next few days.”

“Until we stop worshiping at the alter of thin ourselves, we’ll never move past this”

There is anti-fat bias across the media but anti-thin bias exists too.

And we can blame social media or magazines or ads with only slim people all we like, but until we stop worshiping at the alter of thin ourselves, stop just saying it and start believing it, we’ll never move past this and our daughters will know no different.