Co-Founder Of Propercorn, Cassandra Stavrou On Kick-Starting Your Confidence

Here in IMAGE Publications, we like to champion the achievements of women. We know you do too – just last November, 800 guests joined us to celebrate our 10th IMAGE Businesswoman of the Year Awards, where we champion trailblazing businesswomen’s contribution to Ireland’s economy and their vital role within the Irish business community at home and abroad.

To paraphrase Maya Angelou, it’s important to champion the achievements of our she-roes, but it’s just as important to bring provide a visibility for them in order to inspire others. After all, just 14% of Irish companies have a female CEO or head of operations, and across the pond in the UK, just 7% of CEOs in the FTSE 100 are female.

Her success wasn’t without its problems – with no experience in the food industry, Cassandra had no proven track record, felt like she wasn’t being taken seriously, and as a result, her confidence took a hit. Now, after 5 years of setbacks and successes, she’s running the UK’s fastest growing popcorn brand and selling her award-winning product in 14 countries, including Ireland.

Here, Cassandra shares her learned tips to kick-starting your confidence. 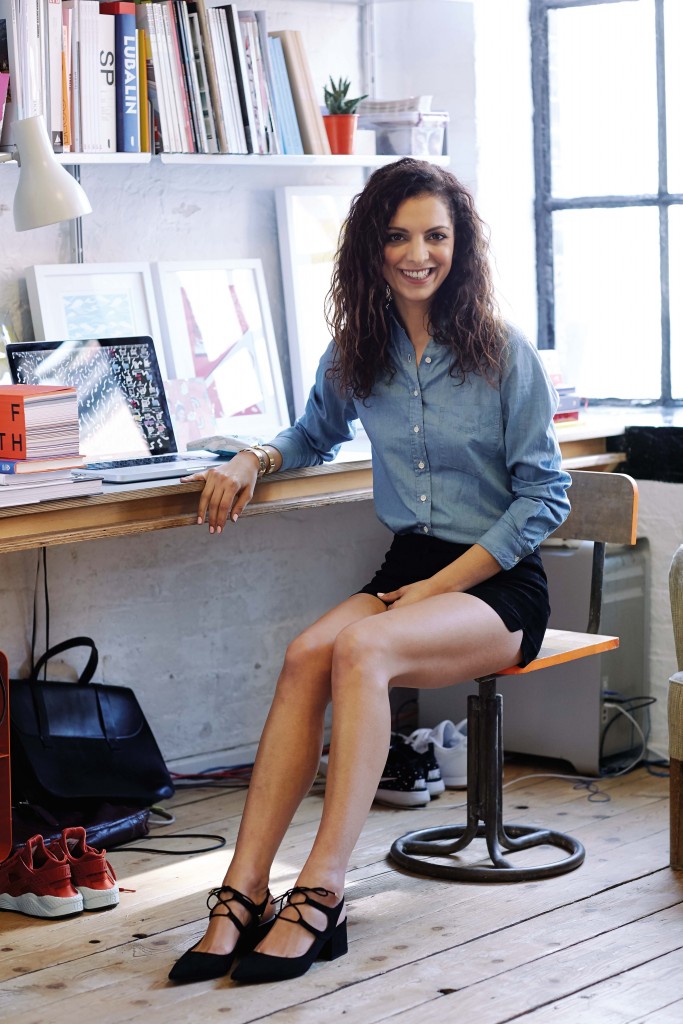 All too often, people will shy away from a new challenge because they don’t believe they have the perfect skill set at the outset. Fake it until you make it – there’s no shame in learning on the job.

Many women have a habit of over-apologising, for fear of causing offence. There are plenty of humble but unapologetic, female role models out there, so take their assertive lead and only say sorry when you’re really in the wrong.

READY YOURSELF FOR RESILIENCE

It can be difficult to command respect when you’re starting out or changing industries further down the line. As a young woman, with no proven track record, it was difficult to get people to take me seriously. Doubt can be your biggest demon but if you’re passionate and focused enough about what you’re trying to achieve, you’ll win over the skeptics.

SUPPORT OTHERS TO SUPPORT YOURSELF

Helping friends and colleagues who might be struggling at work can also help you. Have a go at mentoring or take on a more pastoral role in your team and you’ll get a well-deserved confidence boost from sharing in their successes.

What’s your ambition for the year ahead? Have a 1, 5 and 10-year plan- it doesn’t matter if you don’t achieve everything in this time but it will make you accountable and drive career momentum and progression.

REMEMBER, IT’S ONLY A JOB

It’s important to get some perspective at times. Don’t beat yourself up after setbacks, pick yourself up? you’ll only learn from your mistakes and be stronger for the bad days.

Ask questions and hunt for inspiration in unexpected places. It’s fresh thinking and ideas that will give you the confidence to speak up in the work place or even inspire a totally new venture.

If someone gives you positive feedback, embrace it and build on it. Being self-deprecating won’t get you anywhere but taking the compliment, identifying what it is that has set you apart and playing to this skill set will put you head in business.

GO FOR THE BIG WIN

Crucially, strive confidently to be recognised as a successful person rather than a successful woman – I love the idea of the recognition being gender blind.