Cara Assistant Editor, Melanie Mullan has the scoop on Washington’s hippest hood and three new hotels to try in London, Seattle and Warsaw

The funky, multicultural neighbourhood of Adams Morgan has always attracted creative types, thanks to its relatively inexpensive cost of living and accessibility to the rest of the city. Less than 40 minutes from Washington Dulles Airport and around five kilometres from Union Station, it’s unsurprising that the Sydell Group chose this emerging district for its latest Line Hotel after successes in LA’s Koreatown and Downtown Austin, Texas. This, though, is a particularly heavenly prospect: the 22-room hotel is in a converted, 110-year old neoclassical church. 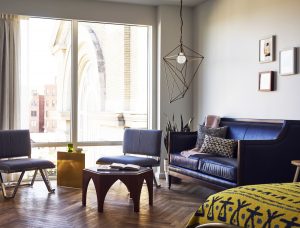 This is a neighbourhood that never sleeps, with nearby bars and diners tantalisingly close. But there’s a lot to be gained from never passing the hotel’s threshold: three of its eateries are run by not one, but two James Beard-recognised chefs – Spike Gjerde and Erik Bruner-Yang, who derive culinary inspiration from the multi-ethnic neighbourhood for Brothers and Sisters, A Rake’s Progress and Spoken English. 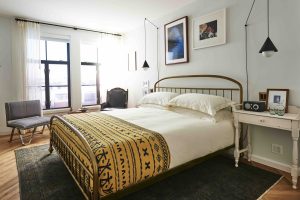 Washington DC’s musical heritage is best known over in the U Street corridor, which was a hotbed of jazz in the first half of the 1900s. But The Line takes music very seriously, with the Full Service Radio station broadcasting live, daily, from the lobby, where church organ pipes have been repurposed into a chandelier. As well as championing DC music acts, the hotel also showcases artworks by local female artists across the property.

And, if after all that culinary and music stimuli you need a breather … each guest room contains its own micro-library, with reads from the nearby Idle Times bookstore.

NEW CRIBS ON THE BLOCK

LONDON Making a fashionably late arrival, the Principal will surely be worth the wait when it opens its doors in spring 2018. The Grade II listed building has a striking terracotta exterior with 334 equally eye-catching rooms, thanks to its interior designers Tara Bernerd & Partners and Russell Sage Studio ensuring that the Bloomsbury neighbourhood’s heritage is celebrated in a contemporary reboot. (1-8 Russell Square, +44 20 7837 6470; phcompany.com) 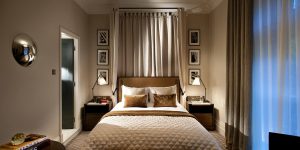 SEATTLE The paint has barely dried on the new Moxy Seattle Downtown, which is flanked by Amazon offices, offering a clue as to its clientele. An offshoot of the Marriott group, the Moxy brand is aimed at millennials: cue a giant video wall in the “Play and Meet” lobby, while elevators are selfie stations, complete with props. Guest rooms have a similar vibe to Ace Hotels, with clean lines and wall hooks for wardrobes. (1016 Republican St, +1 206 708 8200; moxy-hotels.marriott.com) 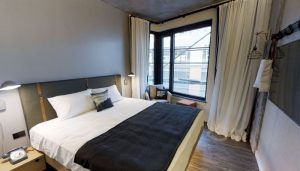 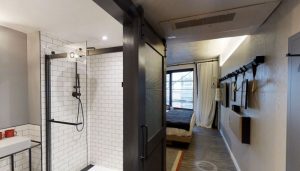 WARSAW In true Raffles fashion, they’ve taken a historic landmark – in this case, the Raffles Europejski, a hotel that dates back to 1857 and in the late 19th century was frequented by artists and poets – and restored it for upscale travellers. The 106-room, five-star establishment opens on the city’s Royal Route this spring, and combines fin de siècle elegance with contemporary sophistication. (Krakowskie Przedmiescie 13, +48 22 255 9500; raffles.com) 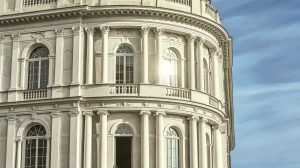 This article appears in the February/March 2018 issue of Cara magazine, the inflight publication of Aer Lingus.