My child watches television. There was a time when I couldn’t have said that out loud; not because he didn’t, but because I was so hung up on it, you’d think he was shooting heroin that I had bought him. Now, on child two, I hold my head high? above the din of singing mer-children.

Of course, I still have that sap of conscience angel on my left shoulder, who gives me shade every time I pretend I haven’t heard one episode of Blaze ending and another beginning; so, generally, television is restricted to an hour a day. Yes, I know that’s a puritanical amount compared to the national average (the most recent research done by Television Audience Measurement Ireland suggests that that’s about three hours per day). So, no, I’m not about to be that size 6 friend who whinges about the quarter inch she’s put on around her thighs, to her size 20 friend who’s in a constant battle with her weight. I don’t have a problem, at all, with the hour a day; I’m even trying (in vein) to get the baby hooked, too.

What I do have a problem with is how plagued I was with self-hatred the first time the big one sat zombified affront the box, at eighteen months old; the fights I had with their dad, who would’ve introduced it earlier, if I hadn’t been so thick about it; how utterly devastated I’d be if I heard he’d already watched his daily fill in his grandparents house.

And I know I’m not the only one who felt, or feels, this way; I’ve seen it in the eyes of parent friends, when – before I knew we were practically Amish – I’d embarrassedly ask if their kid watched telly too, admitting to our horrific hour. ?Yes?, they’d sheepishly respond, ?An hour, too?, lying through teeth. And so the cycle of lies and recrimination continues. 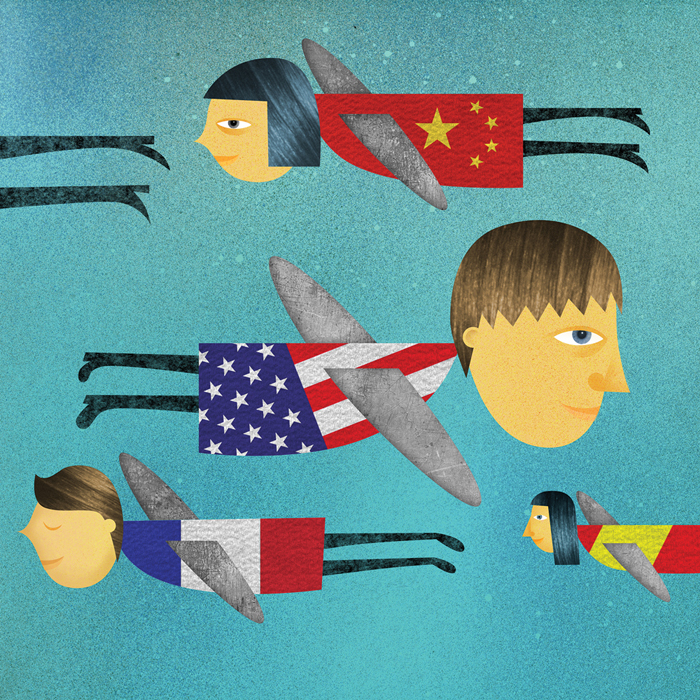 I had a normal childhood; watched normal amounts of television (though I do remember bouts of staring at that weird doll on the checkered background, waiting for the day’s programming to begin; who knows what that means). So I think that my resolve not to have a telly-watching child came in my early years as a journalist, when I worked with a woman whom I considered to be the pinnacle of motherhood. As far as I could tell, their house was all an organic, non-chemical, television-free haven for children? and her kid was pretty cute. ?Yep,? I thought, ?that’ll be me?. But she is a very calm sort of person, excellent at balancing life’s elements and probably had a cleaner to polish her Rathgar pile. I, on the other hand, am prone to overwhelm and live each day in a constant struggle with the filth enveloping our little terraced house in the North Inner City. It was never going to happen.

Researching this piece, I tried desperately to find some study that would back me up (back all of us up), conveniently validating the television as babysitter school of parenting – like I did in the cases of rubbish-eating children, boozy breastfeeding and verbally abusing your kids – but there’s nothing of substance. The verdict is, quite resoundingly this; television hinders the socialisation of your child’s brain and contributes towards obesity? ?New study proves that television turns your kids into fat morons? and ?Recent research suggests you’re a bad parent, because you need five minutes without being mauled, and take the easy route to get them?. Even studies that suggest children can learn from good quality educational content have, more recently, been debunked. 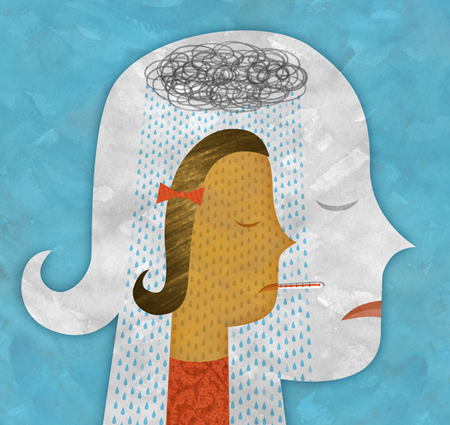 The best way for your child to spend their time is in a combination of interactive play (either with a focused parent, sibling or friend), and introspective activities like reading, crafting, or just wandering around waffling to themselves. Durr. But sometimes you just have to get shit done. And, sometimes, putting your child on a temporary stay in a prison of their own mind, is the only way to do it. I have to believe that it’s better to have some balance to the day, so that when the television is turned off and you’ve gotten whatever you need to get done – or had the cup of coffee that would restore your sanity – the interaction you’ll have with your child, for the rest of the day, is heartfelt and undistracted.

Of course, the theory goes that if television is never introduced, you’ll have a child who’s better capable of self-entertainment, in the long run. Well, I don’t have time for long runs; do you? Neither do I have time to watch Dora the Explorer with my kid, which is the approach usually suggested by childcare experts, in promoting good television habits.

The way I see it, you can fight against the greatest tool modern life ever handed to parents, or you can make it work for you? 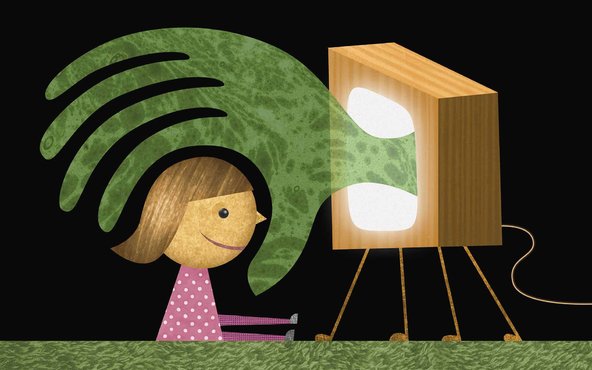 ?Take control of the telly

?Use it as a recharge tool

Though it can be tempting to put the telly on while you scramble to get everyone up and out in the morning, it’s actually a waste of a child’s most capable time of the day and it can make the eventual transition to school time a nightmare. Nighttime, too, is a bad time for the box, getting little brains all hyped up, when they should be winding down. I find the middle of the day, just after school, is a great time for a little televisual chillout; especially for young children, who find it impossible to sit still, otherwise, and are still getting over the loss of their midday nap.

Allocate a watch-time and once that’s done, switch it off – giving reminders that it will be turned off after this episode helps avoid screeching, when you do pull the plug. Background television dulls cognitive abilities and motor skills in very young children, by distracting them from singing, playing and exploring. They’re less able to concentrate and their little minds have less need to dream up the fantastical; well, why bother, when you can just tune into some ready-made fantasy, every few minutes. Boredom is the key to imagination.

If you can avoid terrestrial television in favour of Netflix, or another internet television network, you’ll also avoid the barrage of ads that would otherwise stream directly into your child’s brain. Our chap has only a limited knowledge of the sheer array of toys available, making him very easy to please, come present time. This way of watching also gives you good control over what, and how long, they watch.

Thanks to telly, a moderately sick child can actually give you a lot of satisfaction; you can let them watch it all day long, without an ounce of guilt? they’re pretty happy with themselves, too. Do be prepared to encounter more frequent suggestions of illness, though, once the child realizes how sweet sick days can be.

We’ve recently begun introducing audiobook accompaniments to the big fella’s favourite storybooks (anything by Julia Donaldson is a winner and most of her kids books have audio versions), so he has the novelty of feeling like he’s reading by himself? and, more importantly, I don’t have to sing the Tabby McTat song, again.

Don’t treat television as either a reward or a punishment; this glorifies it high above playing and reading. Instead, use it as a second rate babysitter, while you donate time to your other child. This should – one would hope – imbue a sense that it’s less preferable than life in the real world, encouraging them to join you at the Lego box.