Celeb Nutritionist Reveals What Jessica Alba Eats Every Day, And We Are On Board

Jessica Alba, I think we can all agree, looks pretty damn good. The actress and entrepreneur has an almost ethereal perfection about her, the secrets of which her celebrity nutritionist?has revealed in a recent interview.

One wouldn’t think that an A-lister’s diet would need a dramatic overhaul but nutritionist to the stars, Kelly LeVeque is known for her methods of fine tuning the eating habits of her high-powered clients (everyone from Emmy Rossum to Chelsea Handler) and she has just released a book detailing her methods for quelling cravings and stabilising mood. Body Love: Live in Balance, Weigh What You Want and Free Yourself From Food Drama Forever is a bit of a mouthful but her methods seem a bit more holistic than the average regimes synonymous with restriction and self-denial. 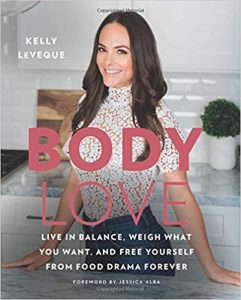 LeVeque reviewed Alba’s daily diet and recommended she stop skipping breakfast as priority as this leads to her feeling starving by lunch. “She would reach for an organic vegan rice bowl as her meal, then maybe find herself craving some popcorn as a snack a few hours later. By eating back-to-back starchy carbohydrates, she was disrupting her blood-sugar balance.”

Ah so that’s what our toast binges are doing…

LeVeque is a big fan of what she calls her Fab Four approach:

“The Fab Four are proteins, fats, fiber and greens. Those four things together actually turn off all the hunger hormones in your body and elongate your blood sugar curve. Instead of counting calories, we’re looking for and counting up the things that our cells need to feel calm and relaxed,” she told InStyle magazine.

LeVeque laid out her recommended plan for Jessica Alba and it seems pretty doable (provided we don’t accidentally fall into a vat of Cadbury’s at any stage in the day).

“For breakfast, I suggested Jessica have a Fab Four Smoothie (1 serving of protein, 1?2 Tbsp almond butter, 1?2 Tbsp chia seeds, a handful of greens, and 1?2 cups of almond milk). She liked fruit, but I didn’t want to spike her blood sugar, so we limited it to 1/3 frozen banana. I also taught her my?chia seed pudding recipe. The idea was to balance her blood sugar from the get-go with something that was a great source of fiber. If you do that in the morning, it lays the foundation for the rest of the day.”

“For lunch and dinner, I encouraged her to build?a Fab Four plate, and?not?to think about what she shouldn’t eat. Making protein, fat, fiber, and greens the cornerstone of each meal worked wonders for her.”

LeVeque recommends choosing a one carbohydrate per meal and is evangelical about guacamole as a snack as it is “a source of?healthy fat?(specifically, monounsaturated fat). Fat breaks down into fatty acids, which help facilitate hormone production and are important for cell development. It also helps elongate your blood-sugar curve and turn off your hunger hormones.” 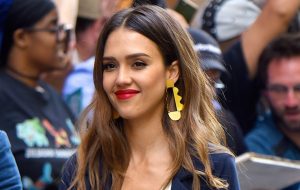