A fantastic event is drawing ever-closer, aimed as a?fresh take on a ladies’ racing entertainment, think Ladies Day but with a big difference. Taking place on Friday,?May 26th at Leopardstown Racecourse, Leopardstown Ladies Evening is designed to empower women with an evening of decadence, celebration and inspiration – and all for a wonderful cause. Targeting discerning women in business and racing ladies to a race day, funds will also be raised for?Breast Cancer Ireland.

It will be an uplifting evening of networking, racing and decadence including tiered Mo?t & Chandon Afternoon Tea, live music, a Royal Ascot trial race and more. Some great names have pledged support including Comedian (and former IMAGE cover star)?Aisling Bea alongside Gold Cup winning Trainer?Jessica Harrington.

And speaking of Harrington, Jessica will be joined on the day by her daughter Kate, a fiercely?talented young amateur jockey. She as been ubiquitous alongside her mother at Irish racecourses for many years now, making serious waves on the Irish racing circuit winning numerous accolades. She’ll be speaking on the day alongside mum and sister Emma (together the three have forged a hugely successful business), and she spoke to IMAGE.ie about her drive, the changes for women in sport and her plans for the future:

I was always into horses, but I didn’t get into racing that early on. My first passion would have been 3 Day Eventing, and I was lucky to represent Ireland at under-age levels and European levels as well. But there was always a joke that I would ride Moscow Flyer (the 13-year-old Irish racing legend that her mother had trained to win 13 grade 1 races) out of retirement for a charity race. It happened, and I don’t think I truly appreciated it at the time at 17. I had that one ride where Moscow won with me, and that was it; I got the bug.

When it comes to horse racing, I think men and women are on a very even playing field. There are no allowances for the women, and I don’t see any differences between the men and us. It is very male-dominated (and yes men are physically stronger), but generally, we see ourselves as equals when racing and competing.

But at the same time, some horses are more suited to women. And that’s known and accepted. You could have quite a temperamental horse that does require a more gentle touch, and they’ll ride better for women than they do for men. ?At times, having a female touch can be a bonus.

Thankfully, I’ve never really encountered any sexism in my industry. ?I don’t think we’re treated a certain way because the women racers would get dressed up for say Ladies Day and then get changed in our gear to go and race – it shouldn’t matter. I don’t even think about it; I’m in an industry where I have to compete against the males, so I just have to go out there and give it my all and do my job. In racing, you’re only ever as good as your last race, so I don’t even think about it.

I do think that at the moment, sportswomen in Ireland are thriving. In other sports where women may not be typically as high-profile as the men, in say women’s rugby and soccer, they are still doing just as well. ?Irish women in sport are thriving, just look at Katie Taylor. My mum, for example, is 70 this year and she has so much on; it’s an inspiration to see. Especially for young women who might be thinking of getting into a sport. For them to see so many women doing so well, this could inspire them to say “oh, I might try and make this my profession,” whereas before, they might not have. 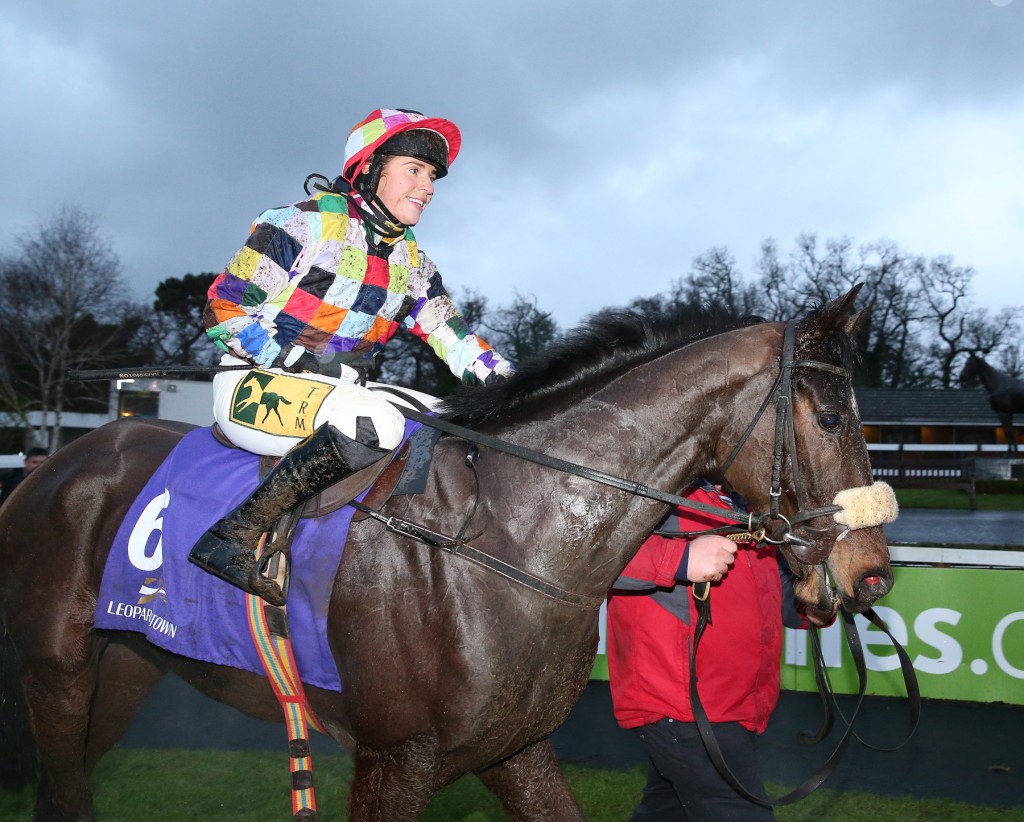 My advice to any young women wanting to talk up horse riding as a career is to be passionate and work as hard as you can. You have to go in with your eyes open and be ready to really work. It’s not all the glamour that you see at the races; there are dark, early mornings and really long nights – you have to be willing to give it all 110%. Horses have to be fed 365 days a year; you can’t just close the door on a Friday?evening and come back and see them on a Monday. But if you are willing to put the hours in and keep your head down, you will get the rewards.

We have a good family dynamic when it comes to the business. My mum does the training side of things, I would help her with that, and I run the yard side of things, and my sister does the office. We are three women working together, and we have our moments, but it all works.

My mum is a massive inspiration in my life. I was also very lucky I got to work for Aidan O’Brien for two years. My attitude has always been to put the head down and keep working as you’re only as ever as good as your last winner.

I’m so looking forward to the day at?Leopardstown on May 26th. We’ll get to speak alongside some pretty incredible women so it should be fantastic. The fact that the event is also raising awareness for cancer is very close to my heart as my dad passed away from it three years ago, so I’m so happy to be involved.

With a mix of networking, motivational speakers and inspiring female industry leaders offering tips for success, including a’mentoring session is at 5pm in Champions Bar, combined with many other delights, it promises to be a great day out. ?For more information, tickets and hospitality at the event see:?www.leopardstown.com? 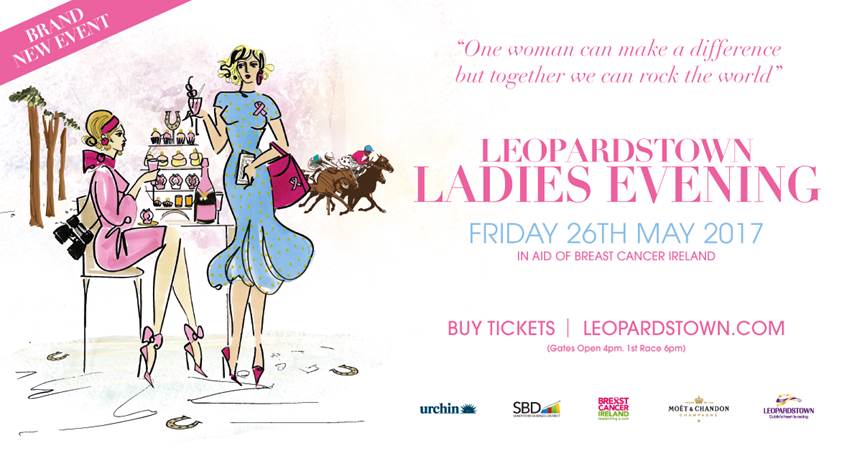