Catching The Winter Heat On The Sunny LA Coast

Santa Monica and Venice are so laid-back that they’re not so much as vertical but supine on a sun lounger, Aperol spritz in one hand and kale smoothie in the other. West of Downtown LA, they’re both a far cry from the starry hustle and bustle of Beverly Hills, the LGBT-buzz of West Hollywood and Fairfax, and the old, genteel money of Brentwood.

While LA is known for its car-centricism, Santa Monica’s Third Street Promenade is pleasingly pedestrianized. In contrast to the blockbuster fashion brands of Rodeo Drive (Gucci, Louis Vuitton, Cartier, etc), the Promenade’s raison d’?tre is considerably casual, with shops including Madewell, Lululemon, J.Crew, GAP and Banana Republic dotted along its wide, leafy streets that are a purple haze of jacaranda blooms in spring. Street-spilling cafes, restaurants, and cinemas also make this a place to linger. 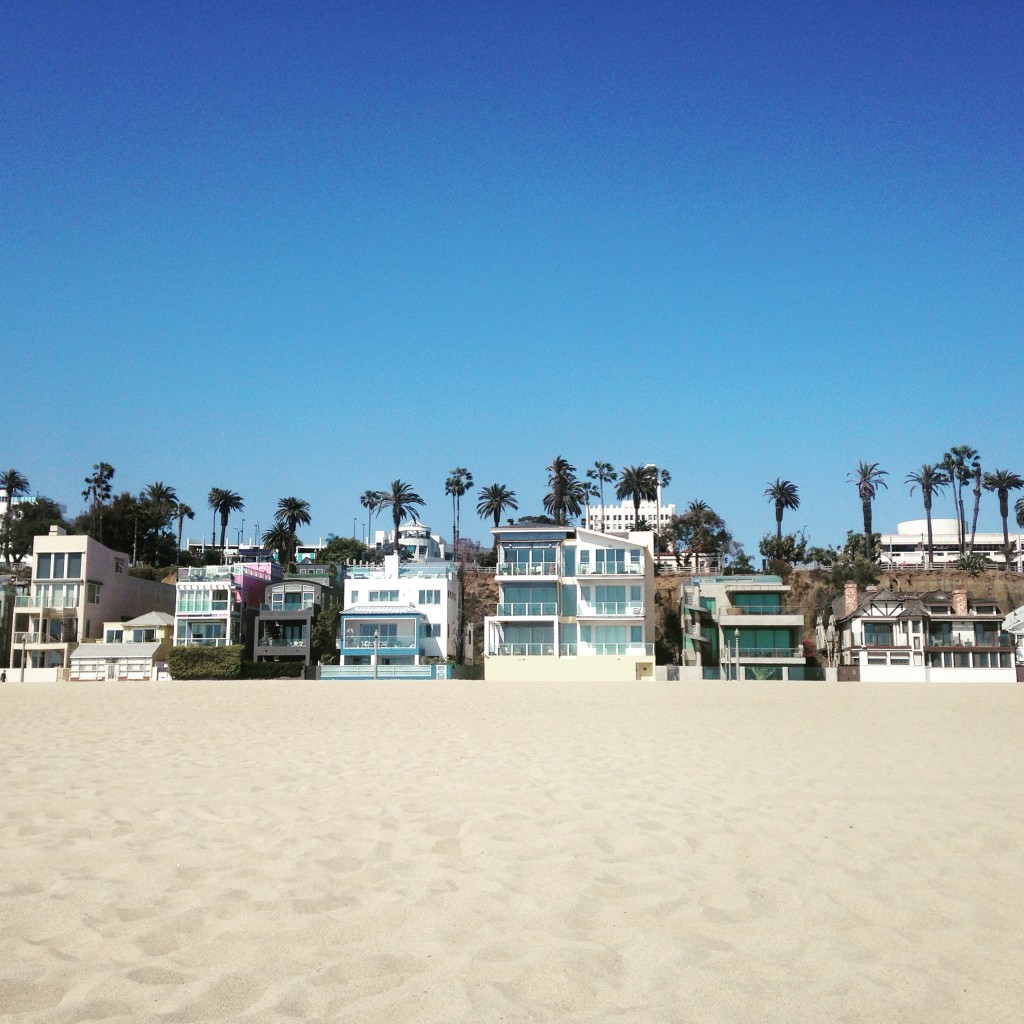 Elsewhere, on Wilshire Boulevard, is Huckleberry (huckleberrycafe.com), whose virtuous, ‘superfood? salads are beautifully negated by unctuous lemon squares, cookies, cheesecake, tarts, sponges and donuts a-go-go. ?I think my date might be gay…? confided an older lady as I waited in line for the bathroom, adding, ‘so maybe I’ll make a new friend?? Which says everything you need to know about this optimistic, liberally minded city.

And then there’s the seafront, famous for both its funfair-boasting pier and also Muscle Beach, where biceps are curled and vanity flexed. Channel Hollywood’s golden age by checking into the Hotel Shangri-La (shangrila-hotel.com), its clean, white, Streamline Moderne lines evoking a bygone, luxury cruise-liner. Some rooms (doubles start at $319) overlook the Pacific Ocean, its bathrobes are among the plushest you’ll find, the pool area is magnificently monochrome and it has a chi-chi rooftop bar.

Unpacked? Go hire a bike, Segway, rollerblades – or just plain old walk – to Venice Beach, less than five kilometers away. There, all the stuff of legend is true: the artists, the writers, the rubberneckers, the stoners, the panhandlers, the terrible batik and tie-dye apparel, the hypnotic rise and fall of the skateparkers. If you’ve seen the listless Netflix series Flaked, you’ll be sure to recognise the low-rise backdrops of Abbott Kinney’s coffee shops, clapboard bungalows, surfers – and even Googlers, whose LA outpost is in an office designed by Frank Gehry and fronted by a giant binocular sculpture by Claes Oldenburg and Coosje van Bruggen.

No Venice editorial is complete without a deserving mention of Gjelina (gjelina.com) – a notoriously good neighbourhood bar and restaurant – and The Butcher’s Daughter (thebutchersdaughter.com), a relaxed, ?rustic?, bleached-wood vegetarian hip-spot, both on Abbott Kinney Boulevard. We love you, man.

This story features in the October/November issue of Cara magazine, the in-flight publication of Aer Lingus. Aer Lingus flies direct from Dublin to Los Angeles four times per week – for fares, see aerlingus.com.