Dublin prides herself for her truly unique bourgeois: I struggle to think of any other place in the world who are as encapsulated with takeaway food, big hair, boy’s called Anto, and dodgy tan lines as we are; we truly are a different breed. I had never met someone who was able to fully capture the true spirit of Dublin’s unique array of sub-cultures; that was, of course, before I met Your One Nikita. If you are unfamiliar with Your One Nikita and her spice-bag infused life, she is a fictional North-side based character who shares her drama-filled life on Facebook by perfectly personifying our very distinctive Dublin dialect and crude sense of humour. 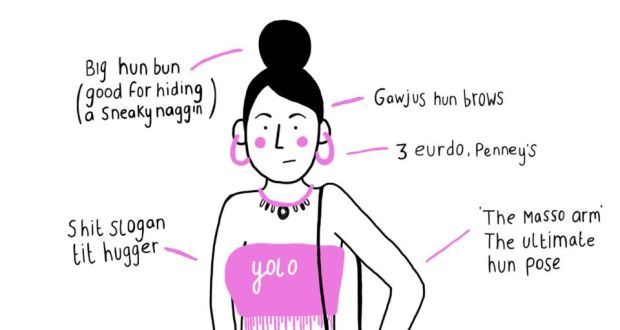 Nikita is the creation of artist and illustrator Aoife Dooley, who was catapulted into the public’s eye late last year with her outstanding – and spot-on – rendition of a ?North side young-one? . With over 36,000 Facebook likes, a hilarious Irish-interpretation of Gogglebox (Gogglepox), and soon releasing her first book, there is no stopping this hilarious and talented young creative.

Hailing from Santry, from a young age Aoife felt as though she could never excel within our education system, and art became a productive outlet for this gifted girl who, perhaps realising her talents, decided to make a career out of it:

?I felt that I wasn’t really good at anything else in school and I could only really focus in my art class because It was the only thing I was actually interested in. I knew from a young age what I wanted to be because I made my first book when I was 12. It was called ?Aoife’s people? and was based on stereotypes I’d seen around my area. I was a messer in school and always liked to make people laugh?; she tells IMAGE.

Nikita is a mishmash of real people, Aoife’s old friends, her boyfriend, and admittedly a bit of herself is thrown in there too:

?My favourite thing about Dublin though is the people, I just love talking to new people and sussing out their personalities and drawing them in my head. I think a lot of people relate to the character because she’s a ?true dub?, I hate saying that though because what really is a true dub? to me it’s someone who is family oriented, old school – you can knock at their door anytime of the day and they’ll invite you in, always up for the laugh and doesn’t take themselves too seriously and this is who she is and what she’s about?.

While Nikita is quite a funny rendition of a ?true dub?, the illustrator is very aware that she is placing an emphasis on a certain type of Irish stereotype, but nevertheless highlights the importance of being proud of your roots no matter where you come from. Good on you, Aoife!

?I think it’s important (for me anyway) to highlight where you’re from. I’m proud of where I’m from so why shouldn’t she! Nikita is incredibly relatable and a celebration of our culture.? In the past I’ve had people criticise me for illustrating stereotypes without knowing who I am and what I’m about, they judge me on how I look and assume I’m not working class which I think is ironic. Everyone has the right to use their voice and I’ve kept mine silent for so long. I used to change my address on my CV and change my accent to try and get a job. I hid who I was because other people made me feel ashamed. Now I’m celebrating where I’m from and celebrating the characters around me who also have a voice that I think should be heard?.

Aoife, a truly rare individual, has just completed her debut book ?How To Be Massive?, which is due to be released this coming October. I struggled to understand where this incredible girl had time to write a book in between drawing, working, and collaborating with other creatives.

?I feel like I’ve defo achieved one of my lifetime goals doing the book as it’s something I’ve always wanted to do. It was difficult to get into it because, like most work I take on, I throw myself straight into the deep end – and I can’t actually swim! so I struggle for a bit before I wiggle my way back over to the side of the pool, and then it’s baby steps from there until the end of the project?.

While Aoife enjoys the success of her upcoming book, she will continue to entertain her fans with Nikita’s antics, but admits that she doesn’t yet know what the future holds for her.

?I have no idea! I never plan anything, I’m defo a believer in going with the flow and seeing what comes your way because to me, if it comes your way it’s meant to be! Just like when you see a pair of runners and they only have your size left? – Now that’s the kind of philosophy I like to live by.

Before leaving I asked her what she or Nikita could not live without, and in true Northside-style she answered:??Spicebags obviously, my phone, me nana’s unreal cups of tea, Nandos (I’ve been getting it hot since I was 11 – I’m a pro)?. 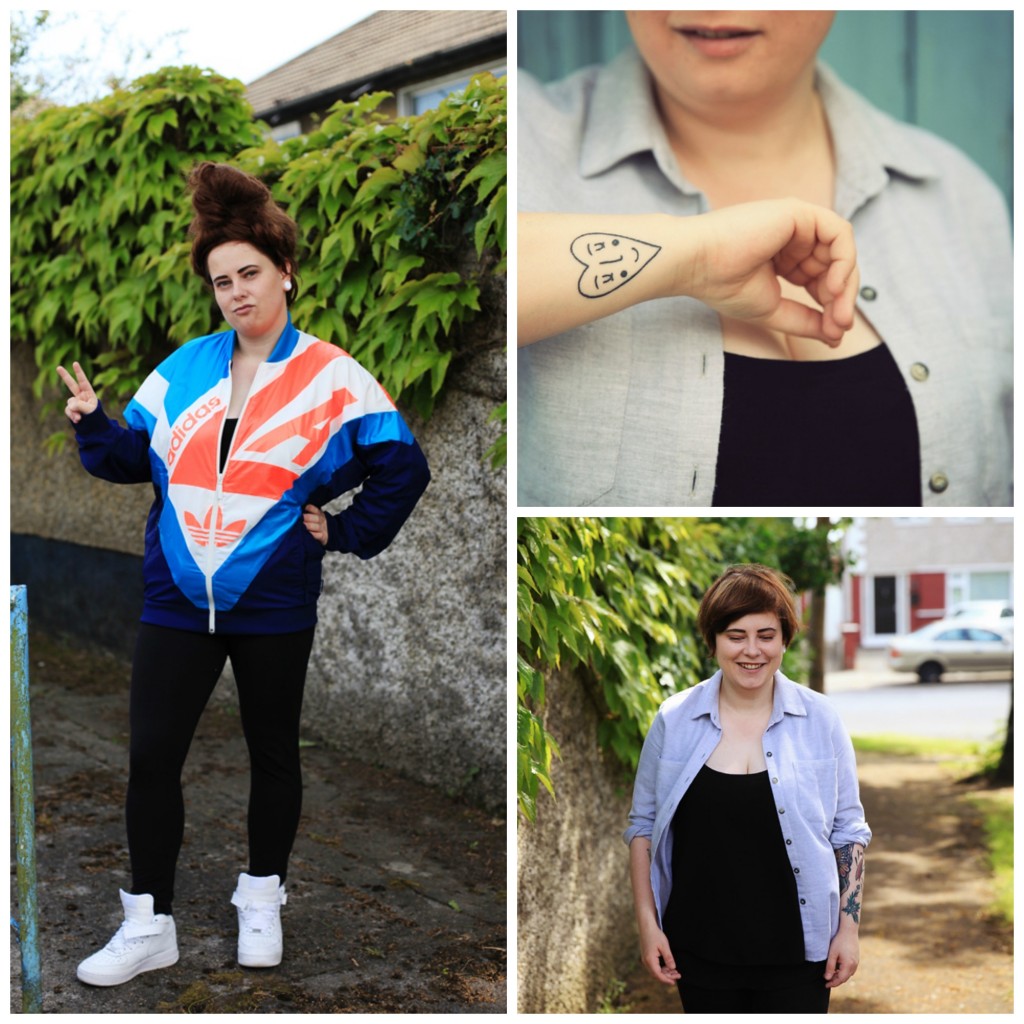