County Cork native Tara Flynn has become one of Ireland’s most beloved professionally funny people in recent years. This is thanks to her appearances on shows such as Stewart Lee’s Comedy Vehicle and Irish Pictorial Weekly, her acclaimed stand up and a collection of brilliant YouTube skits. If you need a cutting-to-the-bones-of-Irish-society-laugh watch her racist B&B short now.

Besides all this comedic talent, she’s a brilliant spokeswoman for some of modern Ireland’s most necessary causes, speaking out against racisim and the country’s effective ban on abortion. Tara is?also the author of two hilarious and heartwarming books. Last year’s You’re Grand: The Irishwoman’s Secret Guide to Life was a go-to stocking-filler and this week her second book,?Giving Out Yards: The Art of Complaint, Irish Style, arrives on shelves. It’s a guide to begrudgery, moaning and complaining – you know, the things that truly make us Irish.

Here Tara shares with us some of the lessons she’s picked up in the cutthroat world that is comedy.

As for many actors, my first job was waitressing. I started in Kinsale, where I grew up, and got a part time job in a pizza place when I moved to Dublin looking for acting work. I loved it. You keep busy, get fit and get to chat to people. My first paid acting job was touring schools with C?chulainn Laoch Uladh. I got to do a sword fight and everything, which made up for having to be in the back of a Hiace van at dawn every day.

The moment I grew up?

I was an auld woman when I was a kid. A very old head. But I guess I really grew up when I had to learn to stretch my non-existent weekly budget in my first bedsit on my own at college. You get very resourceful when you’ve no money.

You get very resourceful when you’ve no money.

When I helped form the musical comedy trio The Nualas. Suddenly, I was seen as a comedian. Comedy’s formed the bulk of the work I’ve been offered since. 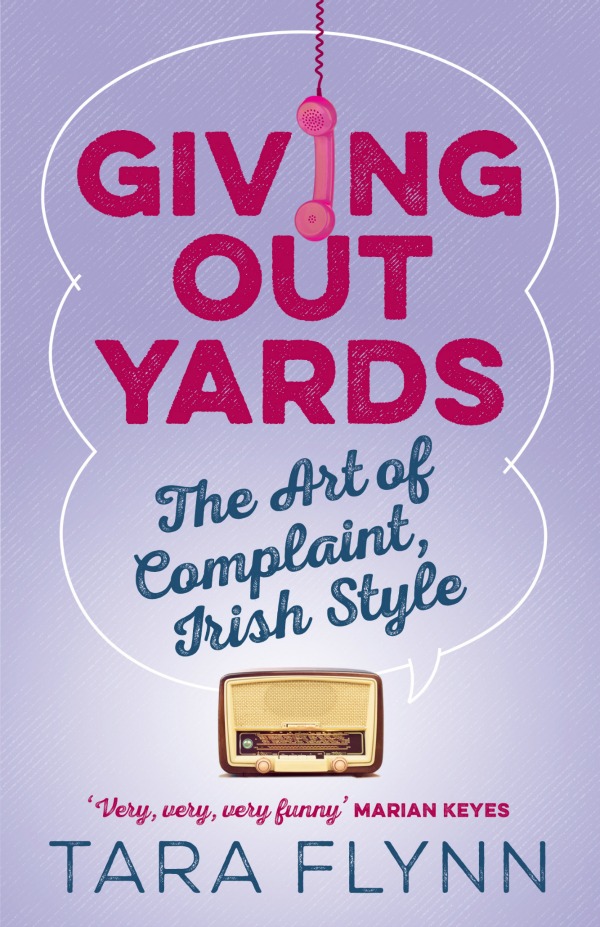 Well, there’s little security in writing or performing, so you’re scared to varying degrees all the way along. If things are going well, you’re scared they’ll end. So you work even harder. Maybe the scariest was when I was in London (2006-2011), earning very little and trying to establish myself from scratch again, all the while scaring myself by taking risks and pushing myself creatively. I needed a bit of a lie down after all that. (Didn’t get one.)

If things are going well, you’re scared they’ll end. So you work even harder.

The most influential person in my life and career?

There have been too many to pick just one. The guys I used to busk and be in bands with; The Nualas; everyone in Dublin Comedy Improv; Stewart Lee, of whom I’m a fan and he was kind enough to give me a job in a play he was directing and then in his TV show. My husband encourages me massively – he’s a real cheerleader – so I know that even if everyone else thinks I’m rubbish, I’ll have an audience of one.

My husband encourages me massively – he’s a real cheerleader – so I know that even if everyone else thinks I’m rubbish, I’ll have an audience of one.

My favourite part of the day?

Clocking off, whatever time that happens to be, getting into my PJs and chilling with the fella, the cat and the dog.

I love my job when?

I’m working. I love what I do so much that when I’m working, it feels like a treat. Hustling for work between projects is terrifying and frustrating and is basically all admin: CVs, website stuff and phone calls. It’s like interning for yourself. So working almost feels like time off. Plus you often get to collaborate and I love that.

Hustling for work between projects is terrifying and frustrating and is basically all admin. It’s like interning for yourself.

I fail regularly. If you want to see me fail often, right before your eyes, come to Dublin Comedy Improv at the International some Monday. There are scenes that are hits, but there are hilarious misses too. You just move on to the next one. Bit like life, really.

What makes me excited?

New work. Starting something and not being sure how it’s going to turn out, and just taking that leap. Improv and writing tick both of those boxes. And it’s probably why I almost prefer the rehearsal period of a play to an extended run.

How I want to be remembered…

Fair, funny, kind. She mucked in when she was needed. And can you believe she finally won that Oscar?

GIVING OUT YARDS: The Art of Complaint, Irish Style by Tara Flynn is published by Hachette Ireland on 15th October 2015, €9.99, Hardback