Cara Delevingne Lends Her Assets To A Good Cause

Supermodel Cara Delevingne has lent her beautiful subtle curves to a good cause and named as the face of the first international ?I’m Not A Trophy? campaign.

Established by photographer and animal lover Arno Elias, I’m Not A Trophy is a fundamental organisation who are creating awareness for the rapid decline, and extinction, of endangered species around the world. Elias wants to get younger generations to care about his cause by approaching his campaign work with a creative edge, and huge celebrity endorsement.

Miss Delevingne was an obvious choice to minister the campaign due to her inundated love of wildlife; particularly big cats.The supermodel’s passion for animals became public knowledge in 2013 when she unveiled a tattoo of a lion on her index finger.?

Magnificent photographs from the campaign have emerged showing Delevingne’s nude body, only to be replaced by images of endangered animals. 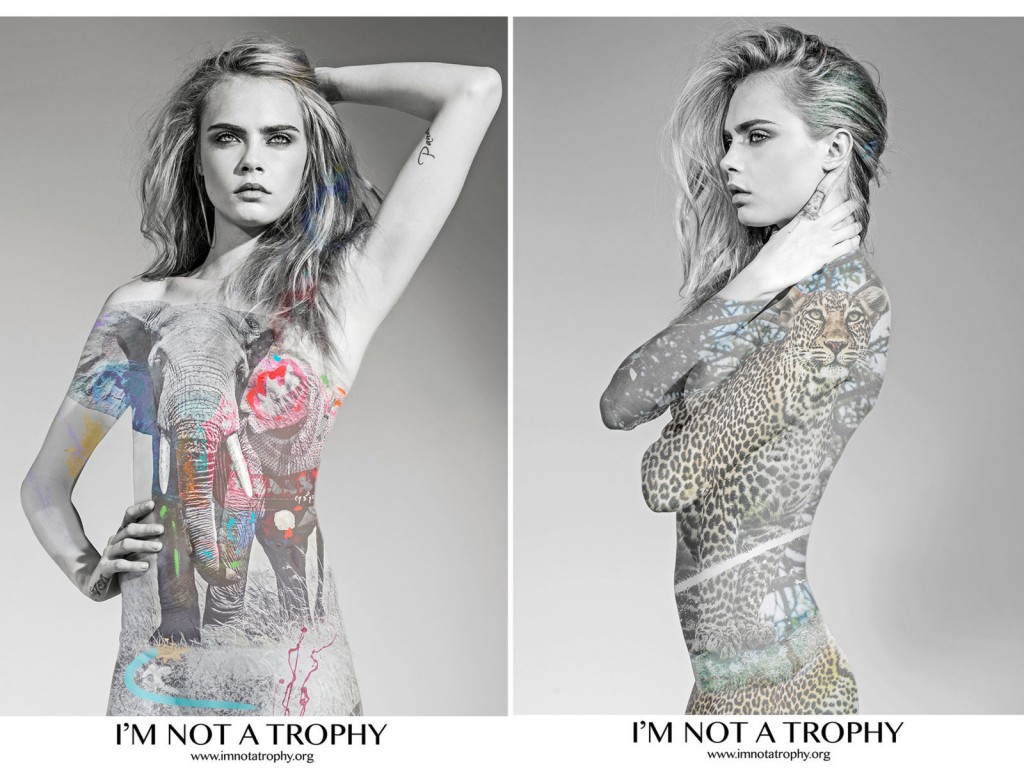 “I wanted to highlight women as powerful figures within our society,” the model/actress said. “Much like the species that are trophy hunted and displayed as prizes, women are often seen as possessions. It’s time for our society to end the treatment of humans and animals as trophies.?

Frightening statistics show that while there were over 450,000 lions in the wild in the 1940’s, there are now fewer than 20,000. It is thought that if this trend continues, animal experts predict that lions could very well be extinct by 2050. As well as caring for lions, the charity also raises awareness for rhinos, elephants, cheetahs, Grey’ss zebra, giraffes, gorillas, and leopards.

If you would like to learn more about this crucial campaign you can find out more at I?mNotATrophy.org.?