Just three months after giving birth to her first child, Irish journalist Caitriona Perry has launched her second book, ‘The Tribe’. Having spent four years in Washington DC as RTÉ’s Washington Correspondent, Caitriona has an unrivalled take on the power of Irish people in US politics (both on the ground level and higher up). Here she opens up about the writing experience with author Sophie White.

Caitriona Perry, RTÉ newsreader and author of The Tribe: The Inside Story of Irish Power and Influence in US Politics, sat down with author Sophie White for the InstaStory Club with An Post ahead of this year’s Irish Book Awards. Caitriona, whose new book is out now, is the eighth and final author to take part in this series; with previous storytellers including Eoin Colfer, Andrea Corr and Vicky Phelan, to name but a few.

This is Caitriona’s second book, with her first title In America: Tales from Trump Country receiving rave reviews. This time around, the new mother-of-one returns to Washington DC; writing about the power of Irishness in the United States.

Through exclusive interviews with powerful Irish-American insiders, (including big names such as former US president Bill Clinton, the former press secretary to current US President Donald Trump, Sean Spicer, and President Trump’s chief of staff, Mick Mulvaney), Caitriona reveals how Irishness continues to play a role in all aspects of American society. 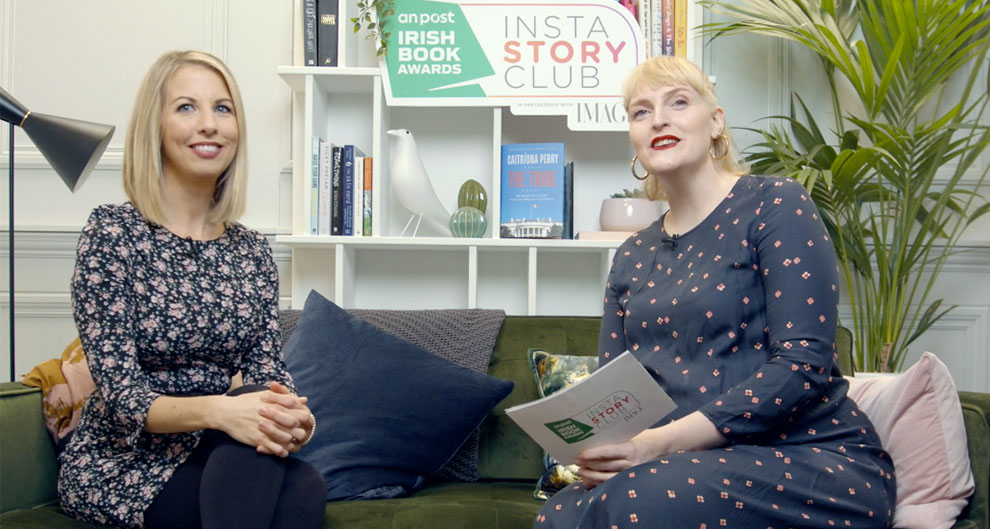 Are the Irish still politically influential in the US?

“Yes, they are influential. Not as much as they once were but they definitely are, from the local level right up through Capitol Hill to the White House,” Caitriona says, adding that the Irish influence is evident in both Republicans and Democrats. “The short answer would be, ‘buy and read my new book, The Tribe,'” she laughs.

Washington is portrayed as a divisive place, a hub of two parties always struggling for more power. Did you find that held true when you lived there?

How was the process of writing the book?

“It was amazing,” Caitriona says. “I loved writing this book and the last book. Working as a news journalist in broadcasting, everything has to be really short and the interviews have to be quite tight. But when you’re writing a book, you can do as many interviews as you like, you can do as much research as you want, and you can write as many words as you want.

Why did you decide to write this book?

Caitriona says she always wanted to write a book, even from a young age. Funnily enough, her decision to write this title came immediately after her first book was published.

“Having lived in the US for four years, and having walked all those power corridors, I wanted to find out more about why Irish-Americans love Ireland so much,” she explained. “Why does Ireland have such a high level of political influence? So I set about answering that question, and the answer (I hope) is in the book.”

To hear more from Ireland’s leading authors, follow the InstaStory Club with An Post, sponsor of the Irish Book Awards, using the hashtag #ReadersWanted on all social media channels.

Read more: ‘I’ve been battling hardship since I was 19’ – Vicky Phelan