Fresh from her travels to the Far East, Darina Allen gives us a blow-by-blow account of her trip through Myanmar (Burma).?Here are her highlights of Lake Inle, Mandalay and Bagan… For her in-depth shopping, eating and sleeping guide to Yangon,?pick up the all-new March-April issue, on shelves now.

As first-time visitors to Myanmar, Lake Inle, Mandalay and Bagan?were definitely not to be missed.?From Yangon, a one-and-a-half hour trip on a propeller plane to brought us to Heho in the north. We were fortunate to catch one of the famous five-day markets, which alternate from place to place around the lake.?It’s another world???lots of covered wagons with frisky little ponies delivering both people and produce. The women’s faces were decorated with thanaka, a white paste that comes from the bark of the eponymous?tree.?Virtually all the men wore longyi, a skirt-like garment often in check materials. Beautiful fresh produce, live chickens and ducks, fermented foods and dried fish, stalls selling all manner of fritters, pakoras, flaky breads, opium cakes, doughnuts? clothes, handcrafts, kitchen utensils?? it was’so hard to tear myself way, but we needed to get to Lake Inle, one of Burma’s major attractions. 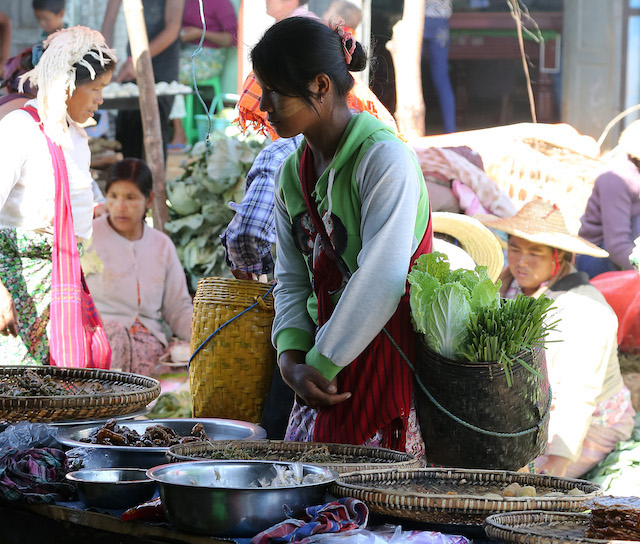 Lake Inle is?home to the Intha people, who have lived around the lake on raised houses since the 18th century, when they fled over the border from Thailand to escape persecution. The local Shan chief refused them land rights, so they build their houses on stilts on the lake and have created immensely fertile ‘floating gardens? to grow their vegetables and fruit, which?continue to this day.?The Inthas have lived sustainably on the lake ever since, and the fishermen are famous for their conical nets and the distinct leg-rowing style which they use to propel their narrow skiffs through the water. 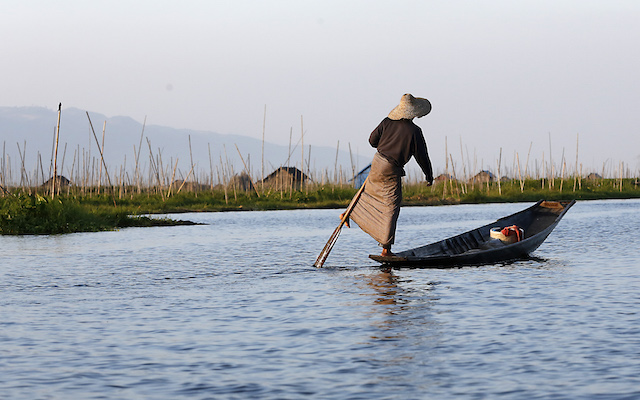 A boat trip around the picturesque lake includes visits to a lakeside village market, a traditional hand-rolling cheroot factory, a fascinating lotus-weaving project and the floating gardens. We had a delicious lunch at Inthar Heritage House, where much of the produce comes from the organic gardens beside the restaurant. The food was so good, I returned the next day for a cookery class with Nyein Chan Win. A visit to the ruined Shan village known as Shan Bagan, with its myriad of derelict stupas in lush vegetation, was also fascinating.

Next, we were on the road to Mandalay, to explore the legendary city and visit the King’s Palace, a square kilometre surrounded by a moat. Nearby is the?ancient ruined city of Ava, the capital from the 14th-19th century. We drove by horse and cart on bumpy roads past bamboo-weaving workshops, stalls selling snacks and paan wrapped in betel leaves, which many Burmese men love to chew and which accounts for their red teeth. We saw beautiful lily ponds, rice paddies, scrawny chickens, hairy heritage pigs, Burmese cats, young Buddhist monks cleaning the wall of their monastery. Don’t miss the Mingun Bell, the biggest working bell in the world, about an hour’s drive outside Mandalay.

Then it was on to another of Myanmar’s extraordinary attractions, the iconic U Bein Bridge, reputed to be the longest wooden bridge in the world. We watched the beautiful sunset across the bridge from a little boat on the river – even the memory makes me long to return.?A visit to the historic buildings of the old British hill station of Pyin Oo?Lwin, on the edge of the Shan Plateau, was also fascinating, although I would question whether the famous botanic garden, now privately owned and more like a theme park, is worth a visit. 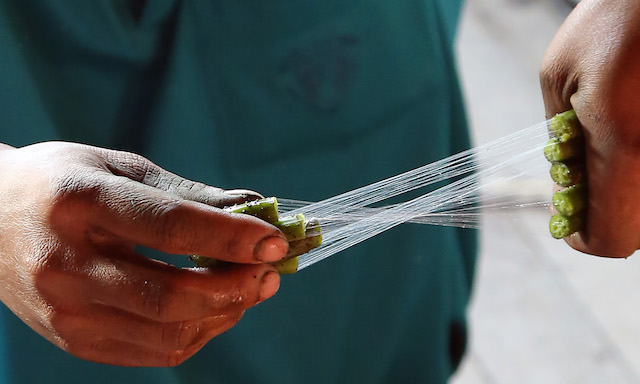 Another highlight of our trip?was the world-famous Irrawaddy river cruise.?We visited Yandabo, a village specialising in pot-making, where the peace treaty of the First Anglo-Burmese war was signed on February 24, 1826. It’s so relaxing puttering down the river watching the activity of the farmers on the river tending their crops of peanuts, sesame and corn; the odd bullock cart laden with grass, and?fisherman in tiny timber boats fishing as their ancestors must have done in that area for hundreds, maybe thousands, of years. 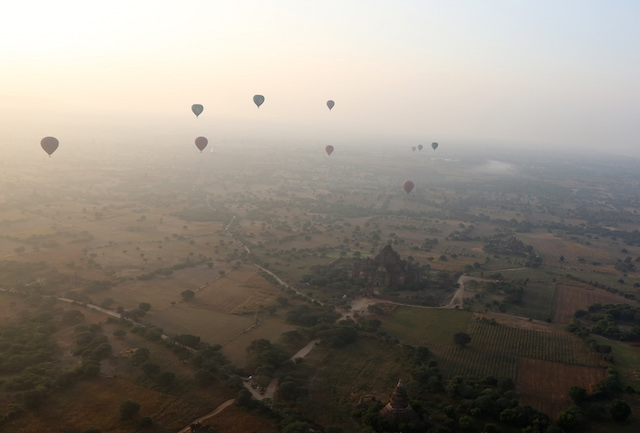 Next,?it was on to Bagan, where we had a’spectacular balloon trip – but there’s so much to explore at this extraordinary site by bike or pony and trap, and be sure to seek out Golden Myanmar‘restaurant. You just sit at the table and a huge bowl of rice and about 15 little dishes start to arrive. Three meat curries, pork, chicken and mutton (which is actually goat), all with a layer of oil on top, lots of vegetable curries, braises and stir-fries, condiments of all kinds, several salads and a plate of fresh lettuce leaves, pennyworth, kaffir lime leaves, tiny aubergines to nibble raw with a tomato curry, a sort of spicy, hot tomato sauce made with masses of chilli and shrimp paste… A veritable feast for just a few kyats (the local currency).

There is so much more, but it was back to Yangon to stay at the beautiful Kandawgyi Palace Hotel before returning to Ireland. It was a memorable trip to a country I long to explore again. 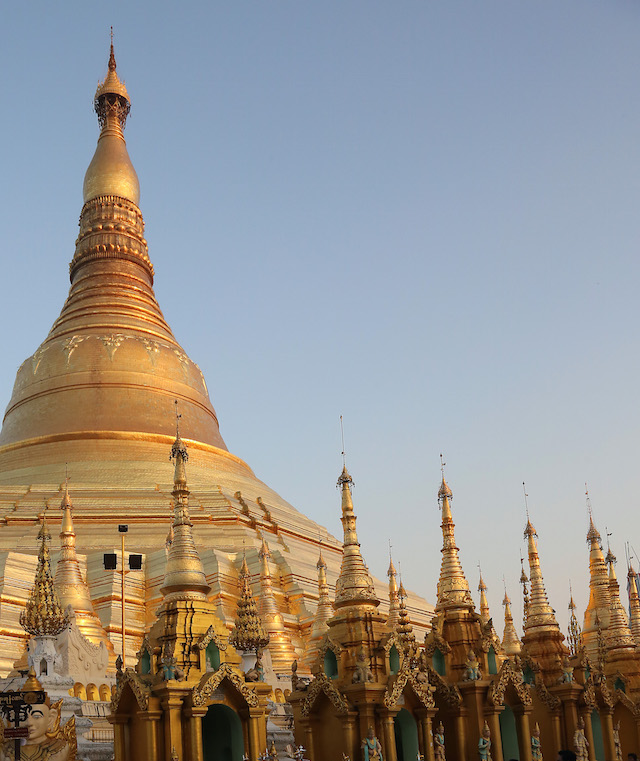 For all that’s tasty in?Yangon and Darina’s hand-picked shopping highlights,?pick up the all-new March-April issue, on shelves now.