Breast milk is best for babies, their mothers and… body builders?

It is individually tailored for your baby with the perfect blend of vitamins, fat and protein. There is something a little magic about breast milk. But now some adults are convinced that breast is best for more than just babies. Amanda Cassidy reports.

The idea of drinking human breast milk beyond a certain age can often cause a strong ‘ick’ factor. It is, after all, a human bodily fluid. But that doesn’t seem to bother some when it comes to the demand for a mother’s milk. 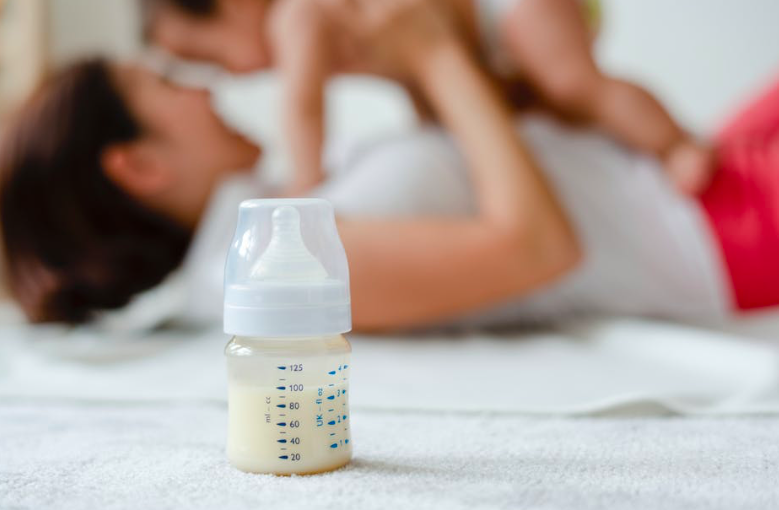 Breast milk banks have been considered successful when it comes to those who want to provide their baby with ‘liquid gold’ if they can’t produce enough themselves. The growing scientific evidence on the importance of breastfeeding for both mum and baby has resulted in a huge increase in the demand for human milk which is led by health professionals treating premature and medically vulnerable babies.

So human milk is being bought and sold. But the impression that it isn’t without risk is misleading. Human milk isn’t infallible. Raw breast milk can carry infectious diseases like HIV and hepatitis. Many milk banks have to screen mothers before their breast milk is used. In the US, online milk-sharing sites even see some women assure potential buyers that they don’t drink caffeine or that they have a Harvard education!

Closer to home, recent warnings have been issued over the explosion in the breastfeeding economy. NHS Scotland milk bank coordinator, Debbie Barnett said that once money comes into the equation, human milk gets turned into a commodity. “’When you add money to the situation, there’s no telling what people could be selling. It could just be white water.” Barnett also said that some women in financially unstable positions “could even be selling the milk rather than feeding it to their own babies.”

The concern is that as the market grows, selling breast milk for money might also present opportunities for fraudsters who could adulterate the milk to boost volume for profit.

In fact, a black market has emerged for a surprising recipient. Over the last 5 years, this new internet-fuelled market for breast milk has attracted athletes – some who believe that human milk is the magic elixir they need to boost sporting performance. There are even secret Facebook groups set up for grown adults looking for the chance to drink it. 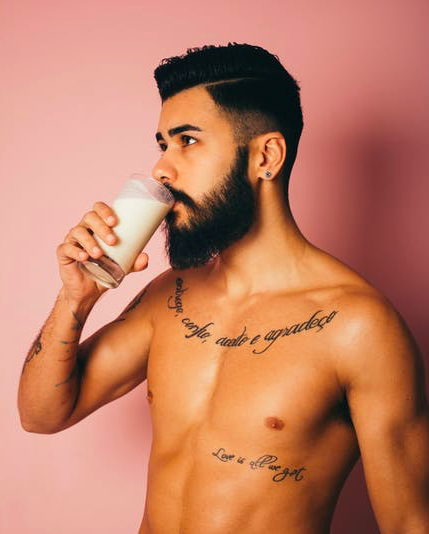 A pint of the white stuff

The 24-year-old, Rafaela Lamprou told the New York Post that she overproduces milk and so sells the excess for profit. Initially, she gave away the extra milk she pumped to other mothers who had trouble breastfeeding, but then men started asking if they could buy it. “It started with men who were interested in bodybuilding,” she explained. “They say it is good for building muscle mass.”

Lamprou then set up a Facebook page to handle the orders from fitness fans who believe that breast milk contains growth factors that can be helpful in muscle building.

But experts say the potential benefits to adults are dubious. Dr Jill Sheriff is an expert in nutritional biochemistry.  “While breast milk contains the right nutrients for babies there are no nutritional benefits for adults that can’t be obtained from other food sources. Some of the immune-enhancing proteins in breast milk wouldn’t survive in an adult gut because it is more mature [the stomach produces more acid, and the levels of certain enzymes are higher”.

According to the US Dietary Association, one cup of breast milk (depending on the age of the baby and the mother’s diet) contains around 172 calories, 2.5g of protein, 10 g fat and 16 g of carbs. A cup of cow’s milk contains about 8 g of protein per cup. In breastmilk, the protein content so desired by those looking to bulk muscle is still extremely low for a grown adult. Perhaps this is all simply a fad?

Yet, breast milk has been used in certain cultures to treat eye infections and is said to relieve a sore throat if used as a gargle. Often, even today, mother’s rub breast milk into sore, cracked nipples believing it encourages the healing process.

So, is human breast milk a superfood? Absolutely yes…for babies. Science isn’t yet convinced that adults should start putting it on their cornflakes. As for bodybuilding, the consensus is that there are easier ways of boosting muscle mass. The danger is that by knocking back shots of a stranger’s mummy-milk,  you may actually be doing more harm than good.