Body & Soul is considered the country’s most beautiful festival, which comes as no surprise when you consider that it’s spearheaded by three formidable creatives, Avril Stanley (festival director), Mary Pike (Head of Festival Design) and Suzie Sweeney (Ireland’s only Head of Festival Décor).

There’s a real sense of duty of care amongst this team, which is something that attendees have reported year on year. The unique, magic feeling that festival-goers experience as soon as they cross over the Body & Soul threshold makes it clear that every aspect of the experience has been considered; from the music, visual wonderments and delicious food to the little experiential delights such as the woodland hot tub under the stars.

We sat down to chat with the trio, and find out what it’s really like behind the scenes of this magic festival.

Suzie, the festival’s Head of Décor confesses that her favourite part of the whole experience is when she gets to go out and watch people’s interaction with the art and the whole atmosphere. She appreciates how people from all walks of life come to Body & Soul, people who may never get to go to an exhibition or rarely have close encounters with art, so it’s getting these people that she often thinks of when she’s planning, months in advance.

The whole thing about Body & Soul is that you’re 100% immersed in art from the second you arrive. In every corner there’s something to look at, be it a decorative piece or a more engaging construct. 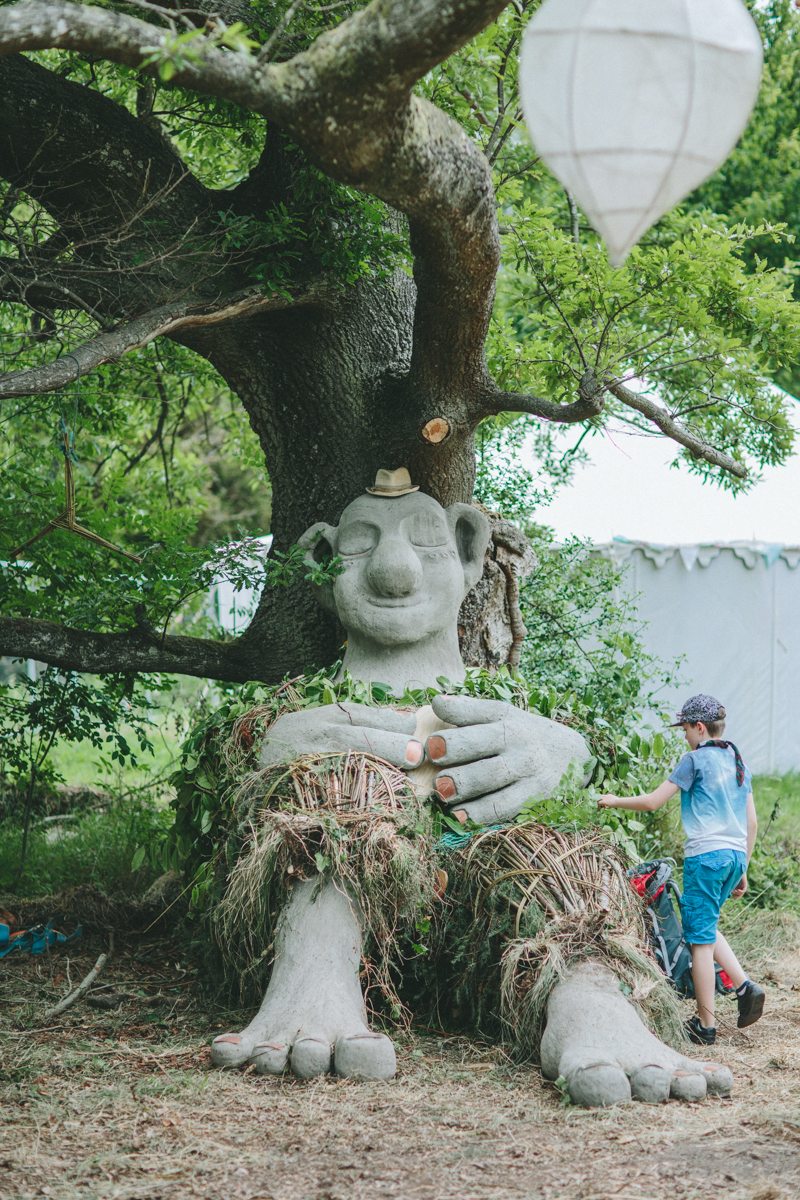 When asked if people often steal decorations etc. the girls laugh, knowingly. Theft is something that happens year on year. Apparently, an element of practicality is exercised throughout the curation process if the creations are to have a hope of lasting the entire weekend.

You quickly come to learn the places where the mischief is likely to be (often the busy places where people decide that it would be fun to wreck something). It’s up to us to adapt to this reality and design around that obstacle. This is why you’ll see more experiential, ground level installations incorporated into the more ‘chilled-out’ areas, while places such as The Woodlands (where a lot of late-night gigs happen) feature decorations that are largely out of reach…

However, the team have all noticed that as the years go by it’s happening less and less.

In the early years it was happening all the time; people running off with installation pieces, tearing down wall decorations… You’d see people running through the woods wearing lanterns on their heads – it looked like the lanterns had come alive!

Avril goes on to say “last year, in particular, I noticed that if someone was trying to move a piece of art or take down a decoration it was other people (the fellow attendees) that were saying ‘Stop, do you know that someone made that? Artists have put time into creating these, this is their work so don’t damage it’.”

Maybe this decrease in theft derives from the fact that Body & Soul is coming to its tenth year of existence, and people have come to appreciate the contribution that this festival makes to their annual dose of summer fun. One thing’s for sure, when it’s your own guests who are taking it upon themselves to tackle the renegade behaviour on your behalf, you must know you’ve turned a corner.

It’s easy to imagine that organising a festival as unequivocally cool as Body & Soul must be the best job in the world; working there must bring so much fun festival experiences, right? Kind of.

Whilst there are some opportunities to enjoy the festival, it’s up to the team to ensure that every morning the setting is as beautiful as it was the day before, which means they’re constantly on call. As Mary says the experience is not always “relaxing” as such, but it is always worth it.

According to festival director, Avril:

“Friday is always challenging because there’s such a frantic push to get everything perfect for when the crowd arrives. Saturday is when we all get into our groove, and by Sunday there’s that gorgeous feeling of knowing we’re coming out the other side. This is usually the time in which we do get to relax a bit, maybe even indulge in a sneaky hot tub before the Sunday shift begins!”

The least favourite part amongst all the team is, unsurprisingly the cleanup, “when we have to get up to clean up the mess again when nobody has any steam left, but we get through it somehow”. It’s something that attendees take for granted but all three women make it clear that leaving the grounds in as good a condition as when they found it is massively important for Body and Soul.

“There is something about the Thursday night, before everyone else enters our little wonderland when you get to chat to artists as they put the finishing touches to their work, and it’s always incredibly magical. Whatever doubt you might have had in the months leading up to it, this is the moment that reassures you that it’s all been worth it.”

What happens after Body and Soul? Is it then that you get to relax?

Not quite. The team goes straight from Body and Soul to do a show in the UK, then they have Electric Picnic. “It’s pretty unrelenting in the summer months, and then we’re already back booking acts and renegotiating the various arrangements as soon as August hits. The quiet period for us is December and January”, and it’s during this time that the teams go in search of the sun and the much-deserved relaxation that they didn’t get to enjoy during the Irish summer months.

Last chance to see – PhotoIreland, the photography festival you can enjoy from the comfort of your couch