Whatever happened to good old pass the parcel or pin the tail on the donkey? Amanda Cassidy looks at the evolution of children’s parties.

Some of our fondest memories were spent chasing chairs at birthday parties at home as kids. Who remembers that satisfying plonk as we stole the last chair from our rival revellers to win a tub of bubbles – the most coveted prize of the day? A spread of pink wafers and chocolate fingers, a game of pass the parcel, and off we went, clutching our cola lolly and sniffing our fancy paper, delighted with ourselves – bonus if we managed to keep it all down before our tea.

Like everything else with our little ones, parties have become a lot more complex, sophisticated and expensive. The party gauntlet gets thrown down exuberantly at the beginning of the school year and it’s hard to resist as the choices for novelty get ever more extreme.

It is rare for parties to be at home now (usually because the entire class is invited) so the birthday celebrations get outsourced to professional party venues with Oscar-worthy performances from children’s entertainers and a party bag not too dissimilar to my entire party loot as a child.

Many sticky hours are spent at high adventure soft-play zones with the confectionary du jour (cake-pops are so 2018) and bouncy castles that have evolved into bouncy palaces. But are such lavish celebrations a symptom of our obsession with everything celebrity? Or are we simply going all out to keep up with the Jones’? 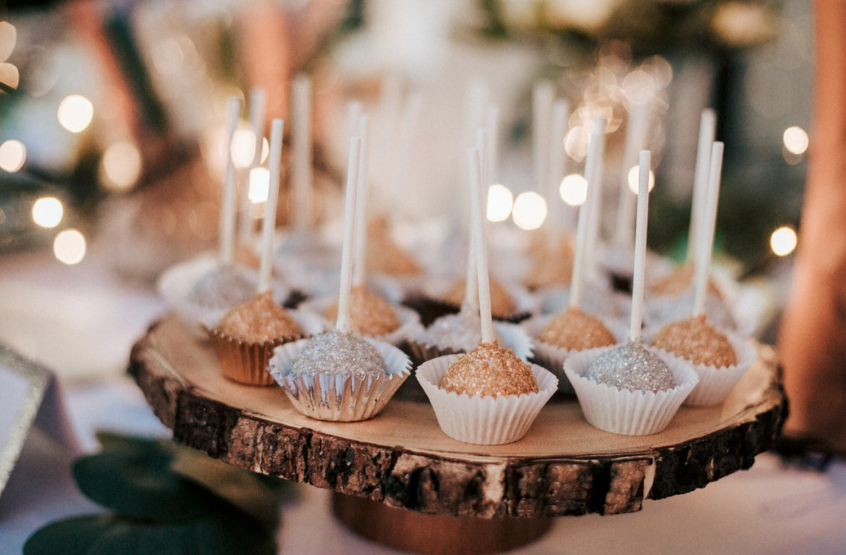 Neither, says Tracey-Jane Cassidy – she is the founder of children science parties, Junior Einsteins – and recent winner of Richard Branson’s Zoom competition in the UK. She believes that parents are using birthday parties as an opportunity to expand their children’s horizons. In this case, the emphasis is on making learning fun – even on the weekends. Her parties include experiments demonstrating the science of flight, archaeology and bug-hunting.

“Parents are more in tune with the fact that children are curious and they like discovering new things. We tap into that and draw out some of the natural curiosity about the world around us. These days parents want to take every opportunity to turn something into a learning moment. This isn’t about extravagance, it is about opportunity.’ 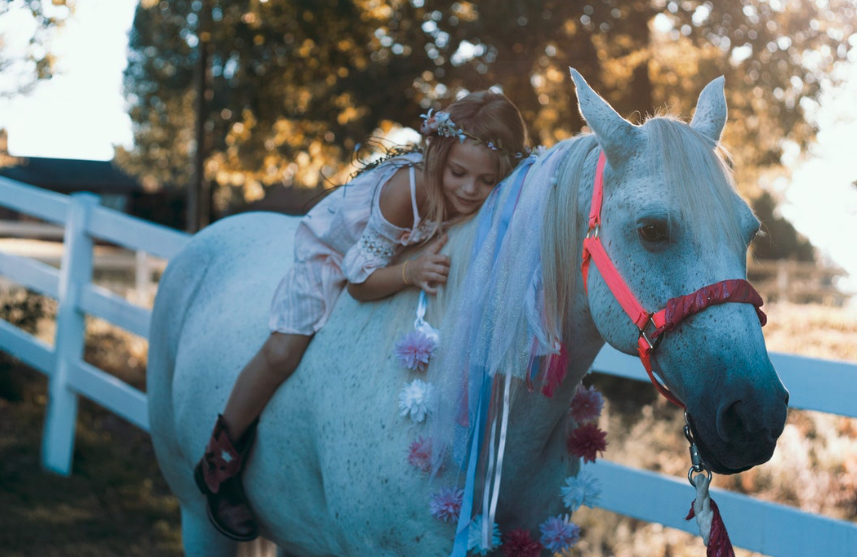 And yet, there is no shortage of extravagance when it comes to what we are being exposed to online – which some feel is the reason why parents are increasingly going ‘all out’.  Celebrities like Kim Kardashian blew over $100,000 on her daughter’s birthday including $17,000 spent on fresh flowers and over $50k’s worth of catering.

Tom Cruise reportedly spent $20,000 on simply filling the room with 1,000 butterflies for Suri’s special day. Jessica Simpson’s daughter celebrated her 6th birthday with an ‘over the top big top’ themed party in a circus tent with circus performers, a multi-tiered birthday cake and a miniature version of Maxwell as an acrobat.

Even our own Conor McGregor spent tens of thousands on a fiesta-themed party for his one-year-old son. Instagram doesn’t help. Our feeds are bombarded with ‘influencers’ charting their stunning themes that would rival a wedding celebration. 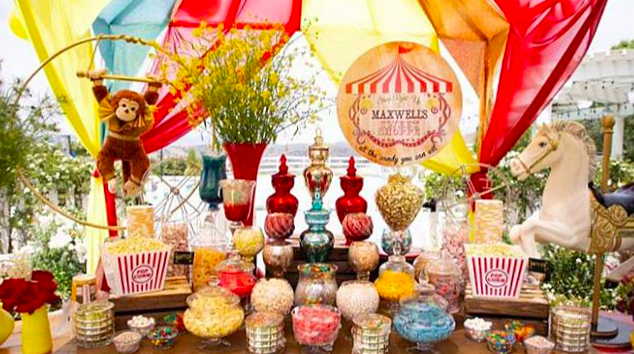 “I think over-indulgence is quite a natural and easy trap for parents to fall into”.

Of course, we all just want to make our children feel special on their big day. More people choose to share the costs of these parties among a few children in the class and what harm? Child psychologist, David Coleman says the risk of over-indulging our children is that they may come to expect that indulgence.

“I think over-indulgence is quite a natural and easy trap for parents to fall into. In fact, when you add in high doses of parental guilt at, perhaps, having to work full-time, it is easy to see why parents may over-compensate by trying to do too much or give too much to their children. The key to parenting is balance. Some indulgence, some treats and some extra attention is fine for your children.

They do deserve some random kindnesses and some occasional extravagances. But, be wary of extravagance becoming the norm. If it does, you could be creating a problem for yourself and your child down the road. 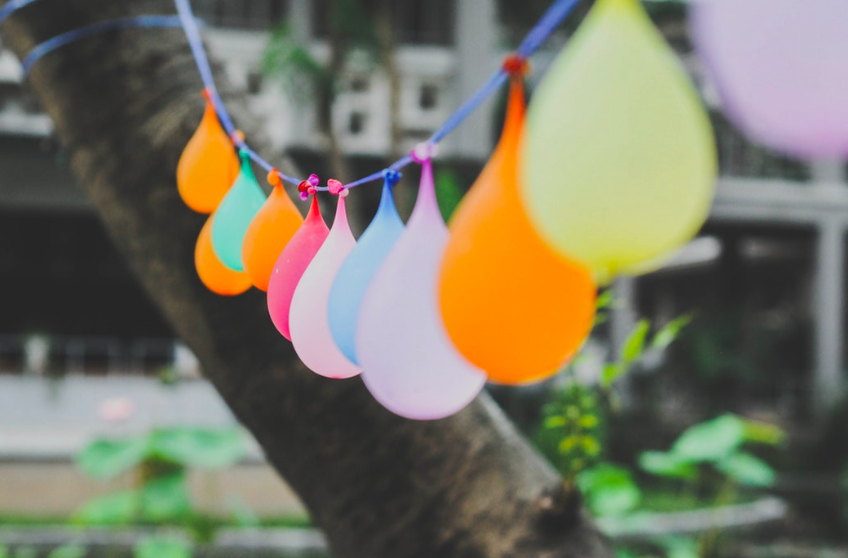 MGC party planning service in the US says they have seen an increase in requests to plan children’s parties. Manager, Martha says it is not unusual to see pony-rides and ice-cream stations as parents play party politics. “We know the party is all about the children, however, many children’s birthday parties are a great excuse for parents to have a get-together and a party too.

It is nice to make it special for your adult guests, serve them prosecco and canapes and make it a fun afternoon for parents as well as their children.” Happy parents, happy kids?

As for me, we have had some lovely birthday celebrations over the years including baking parties and outdoor survival parties, but I try to make sure limits are set. The children keep back some of the gifts to give to our local children’s hospice, we try to keep numbers small or share the fun amongst a few classmates. 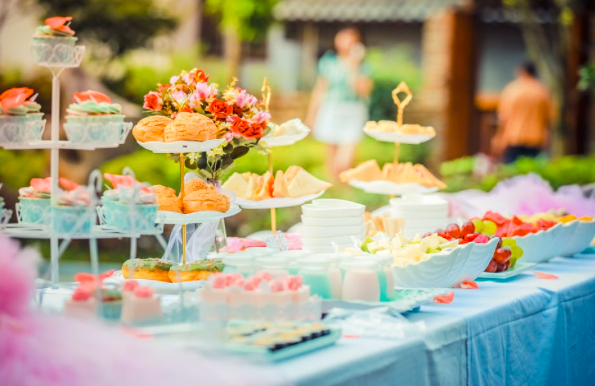 We are currently planning a magical unicorn party for my almost-four-year-old. It is her first party with her Montessori pals and we’ve been counting down the days for about two months (It’s in November).  She swells with pride when she talks about the cake we will make and has even decided to extend the invitation to the checkout lady in Lidl.

We won’t spoil her or lavish her with material gifts, but it will be her very well-deserved special day. All she’s asked for star-shaped sandwiches and a pink balloon. I know as she gets older she will expect more.

Shorter attention spans, instant gratification and a society with higher expectations will do that. But feeling special doesn’t equate to material goods and that’s something I’ll be encouraging my children to keep in mind. I have a feeling that might get even harder as they get older! Party on…