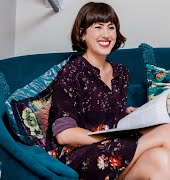 Beyoncé’s Parkwood Entertainment company has purchased the 50% of her Ivy Park sportswear brand which was held by Topshop.

The purchase comes weeks after Topshop chairman Philip Green was accused of sexual harassment. He is currently under investigation regarding these claims. Green was granted an injunction by the courts to stop the British newspapers from reporting the accusations. This development was exposed by Lord Hain in the British parliament last month.

Campaigners and fans have been urging Beyoncé to cut ties with the company following the release of the news. The campaign group ‘Equality Now’ has been particularly vocal about the continuing business relationship between Beyoncé and Green. According to the BBC, Yasmeen Hassan, from Equality Now, said in October: “Beyoncé has put herself forward as a women’s rights activist. She and her team need to look closely at these allegations.”

Related: #ThisIsNotConsent: Our tops are too low, our skirts are too short, our niceties are seduction

A statement released by Parkwood entertainment read “After discussions of almost a year, Beyoncé’s Parkwood has acquired 100 per cent of the Ivy Park brand. Topshop – Arcadia will fulfil the existing orders.”

The Arcadia chairman said he “categorically and wholly” denies the allegations.

EmRata, Beyoncé and Khloé Kardashian were all cheated on… and it has nothing to do with them