Best Of Bald: Hot Celebrities With No Hair

Daniel Radcliffe has debuted his new head, devoid of hair and rotund in shape. It’s not that he was done with his Harry Potter barnett, but it was time for a new film role, and when duty calls, actors must shave their heads, gain weight, lose weight, whatever the requirement may be. A million miles away form the role that catapulted him into stardom (though his turn as a murderer/rapist in Horns probably did the trick), now Radcliffe is set to play an undercover FBI agent who finds himself in the company of neo-nazis. The movie’s called Imperium, and it’s due for release next year.

Here’s the first look of me as FBI agent Nate Foster in IMPERIUM. We began filming the movie this week. I’m very excited about it and will tell you more about it soon!

In celebration of Radcliffe’s new look, which he shared himself on Google+, we began discussing other men with next-to-no hair, who’ve managed to pull it off. Some, you may argue, look even better with less hair (not that we’re pointing fingers, Brad Pitt). From Jason Statham, who’s as famous for his baldness as he is for his acting, to Dwayne Johnson, there’s something rather rugged about a man with a shaved head.

Should Harry Potter stick with his new look or regrow his wild black locks? 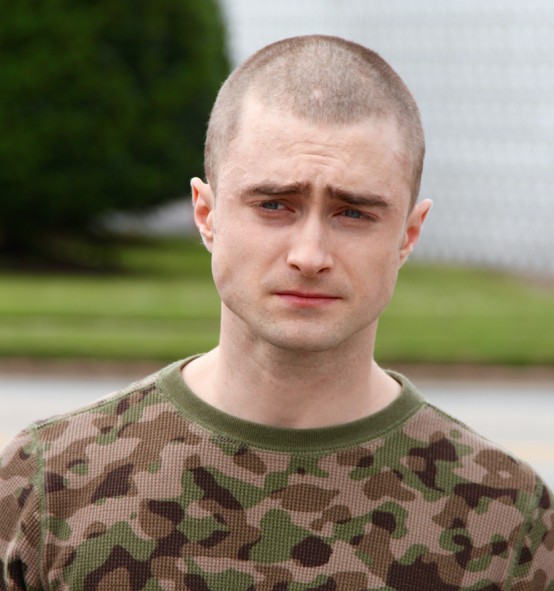