Shop Irish this Christmas: What Siobhan Lam of April in the Bear in Rathmines is...

If you’ve never heard of her before, Belle Gibson is the young woman who started off as an alternative health blogger in 2009, only to transform into Australia’s most famous poster girl for the alternative wellness industry within a couple of years. Gibson’s fame was generated from a completely fabricated story of survival: that she had been diagnosed with brain cancer and  given just four months to live and  had chosen to fight the incurable disease without any traditional medicine.  Her “journey to recovery” through diet alone was the stuff of modern legend.

The problem is no single aspect to her story was true – from the symptoms and the medical professionals, to her age and upbringing. But what causes a woman to create such a dangerous lie? Well, there was the profitable business venture, the lucrative book deal (The Whole Pantry) and chart-topping app…  Not to mention the position as an immortal being who had done what nobody else could do – find the cure for cancer.

For much of her life, Belle Gibson was just a normal girl living in Australia. So how did a normal girl who performed well in school and had lots of friends, evolve into a pathological liar? Starting out with seemingly-innocent fibs, Gibson went on to create a con so big, so inconceivable, that it turned the #wellness industry on its head, and shook it to the core.

Written by award-winning investigative journalists Beau Donelly and Nick Toscano (who between them have covered clergy sex-abuse trials, and exposed Australia’s biggest ever underpayment scandal), Belle Gibson: The Woman Who Fooled The World  is an incredibly well-investigated account of one girl’s organic rise to #wellbeing stardom, only to be discovered as a fake, a phony, and a con artist. 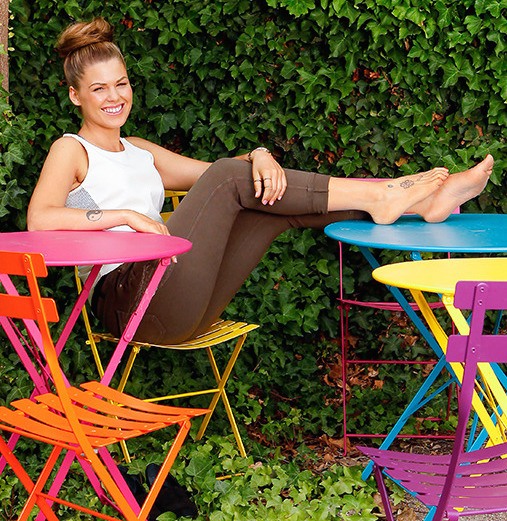 This book highlights that in today’s world all that’s need to accrue a huge following of health-enthusiasts isn’t a health qualification, but a powerful story. Gibson’s story particularly appealed to vulnerable individuals who genuinely were suffering from cancer, and who were desperate for a remedy that could cure them. It’s just too bad that such a remedy didn’t exist.

This engrossing story is one that ultimately reflects badly not just on Gibson herself, but on the dark side of the industry that she was able to fool by spearheading an online community with nothing more than the conviction of her lies and her commitment to an aspirational “clean eating life”. This is a girl who was celebrated on International Women’s Day for “the goodness she offers to the world’’, and was awarded Cosmopolitan’s 2014 Fun, Fearless Female Award. As such it took an astonishing amount of time before people started to question her bona fides.

The reality was that, not only had she lied about her diagnosis, she had also raised funds for charities by galvanising her hundreds of thousands of followers – only to not donate any of the money to them. It was when this fact came to light, that things quickly began to fall apart for Gibson. This was not an easy story to uncover, people were terrified of speaking out and the authors were threatened with countless lawsuits, but nonetheless these journalists persevered, and the deeper they dug the more lies they uncovered.

The book tracks Belle Gibson’s entire journey from hero to zero, and it’s amazing to observe her actions with the added benefit of hindsight. An incredibly thrilling who-done-it, even though you know who done it (it was the psycho lying kale girl! She did it! She did it!), you can’t put the book down. Watch in amazement as a star becomes the untouchable, someone no one even wants to be associated with.