Behind the Bell Jar

It’s unfair on ourselves, and on the people we admire, to play the ?What If?? game- but kind of irresistible.? What if Kurt never met Courtney?? What if Justin Bieber never stumbled blearily out of that cafe (this is just conjecture here) and into the Anne Frank House?

What if Sylvia Plath was a young university student today?? What if she was among us; a young college grad feeling her way through an increasingly uncertain world?

Those inappropriate questions, and many more, are the product of reading the new biography of Plath by Andrew Wilson, Mad Girl’s Love Song: Life Before Ted (Simon & Schuster) . Most Irish women have their initial contact with the work of Plath through the Leaving Cert English Poetry section (there’s strong odds on her coming up this year).? But if you’re lucky, you haven’t read a copy of The Bell Jar.? You’re lucky because you have yet to experience how brilliant it is for the very first time. 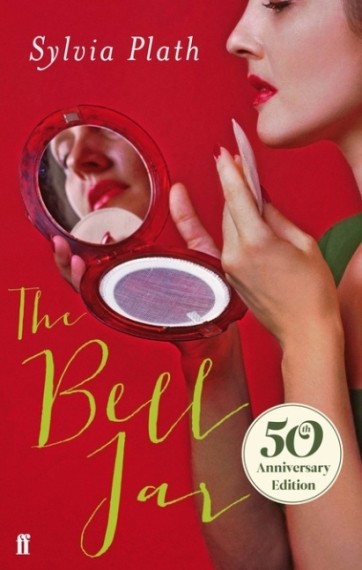 Plath accurately described the book, which was posthumously published, as a ?potboiler? – and it is. It’s a brilliant, arrogant page-turner, sad and funny and astoundingly relevant to any woman who ever felt that she might fall apart at the dress seams.? Based very much on Plath’s life and the people in it, The Bell Jar focuses on intelligent, deadpan Esther, who is winding up an internship at a Manhattan-based women’s magazine and an unsatisfying relationship with Buddy Willard, a man who is wilfully blind to the fact that his best girl is in no mood to be malleable marriage material.? Esther’s experiences and subsequent breakdown echo the unspoken experiences many women go through – sexual assault, a traumatic losing of virginity and the unexplained, frustrated horniness that comes from forever being expected to be the good girl.

If you’ve already read The Bell Jar, you’ll see the shadow of Esther in Plath’s life told through Mad Girl’s Love Song.? Wilson describes her as nothing short of an academic genius – which she was – but also focuses on her negative features.? Plath is manipulative, self-absorbed, insecure, nakedly ambitious, intellectually snobbish, prone to bouts of mania and symbiotically close female friendships while spontaneously changing her image and falling hard for bad (possibly violent) boys.

Sound familiar? She could be you.? She could be me.? She seems so much like a character from Girls that one could reasonably wonder if Lena Dunham kept a copy of either book under her pillow while dreaming up Hannah Horvath’s various traits and quirks.? What if she was a time-traveller; a modern woman trapped in the Fifties?

By playing ?What If??, we reduce the people we admire into characters to be manipulated and ourselves into voyeurs.? And who wants that? The truth will never bend and what is amusing for a moment will eventually become a form of torture – as anyone who has ever had a weird dream about Michael Fassbender will know.

The 50th anniversary paperback edition of The Bell Jar by Sylvia Plath is published by Faber and Faber.