A beginner’s guide to Bikram Yoga: The sweaty, sweaty truth

This week Geraldine Carton returned to the mat for a session of Bikram Yoga in one of Dublin’s hottest (literally) yoga studios. Here’s how she got on.

I’ve done Bikram Yoga once before. It was in 2012, I was living in Melbourne and everyone was raving about it.

The class was led by a wild man with luminous hair, who wore luminous hot pants and had a Britney Spears-style microphone sellotaped to his cheek at all times. I remember him shouting “HARDER! HARDER!” throughout the class, and pointing out people who were slacking, stopping for a drink, or crying into their sweaty hands from the awfulness of the experience. I hated every minute of that class, and vowed never to go back again.

Fast forward to six years later, when my alarm jolts me awake at a time that is far earlier than any person should be awake on a Sunday morning. I am groggy and confused, trying to figure out what day of the week it is, then it hits me. I have arranged to do a Bikram class for this week’s challenge. Oh god, why today? I think as I scramble out of bed to get ready, cursing myself for going out the night before and trying to push past the wooziness.

It’s an intense form of exercise involving a 90 minute yoga session made up of 26 specific postures all repeated twice, in a room that has been heated to about 40•C. 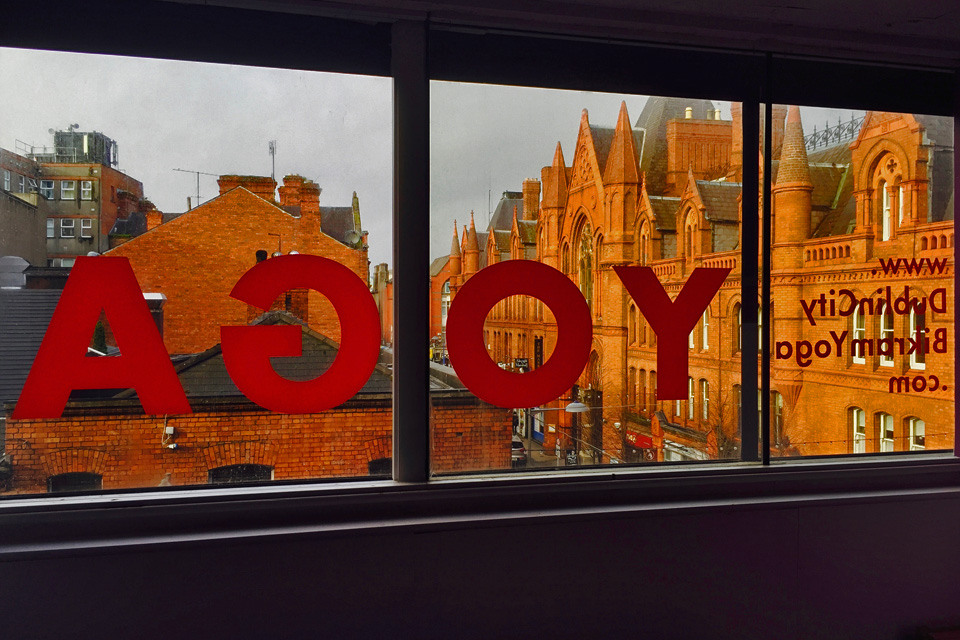 Bikram was started in the 1970’s by an Indian man called Bikram Choudhury. It’s an intense form of exercise involving a 90 minute yoga session made up of 26 specific postures all repeated twice, in a room that has been heated to about 40•C. The level of sweat you excrete throughout each session means that it requires quite a bit of preparation; you need a big towel, a small towel, lots of water, a yoga mat and a full change of clothes. Literally every item of clothing will be saturated after the class, so don’t forget an extra bra and pants either.

Being the forgetful fool that I am, I fail to bring a yoga mat and a towel, but thankfully Fiona McNamara (the owner of Dublin City Bikram Yoga, where I’ll be doing my challenge) allows me to rent both on site.

Fiona has been running the show at DCBY on Drury Street for the last four years, and she is nothing like the awful Melbourne Bikram teacher of my memories. Whilst he was loud and intimidating, Fiona is laid back and relaxed. She assures me that her class will reflect her very gentle approach to life, so there’s no need to be worried.

I am still a little worried.

There are people of all shapes and ages in the room; from the old woman who can hold a Tree pose better than anyone else, to the young man who looks like the biggest yoga stereotype I have ever seen 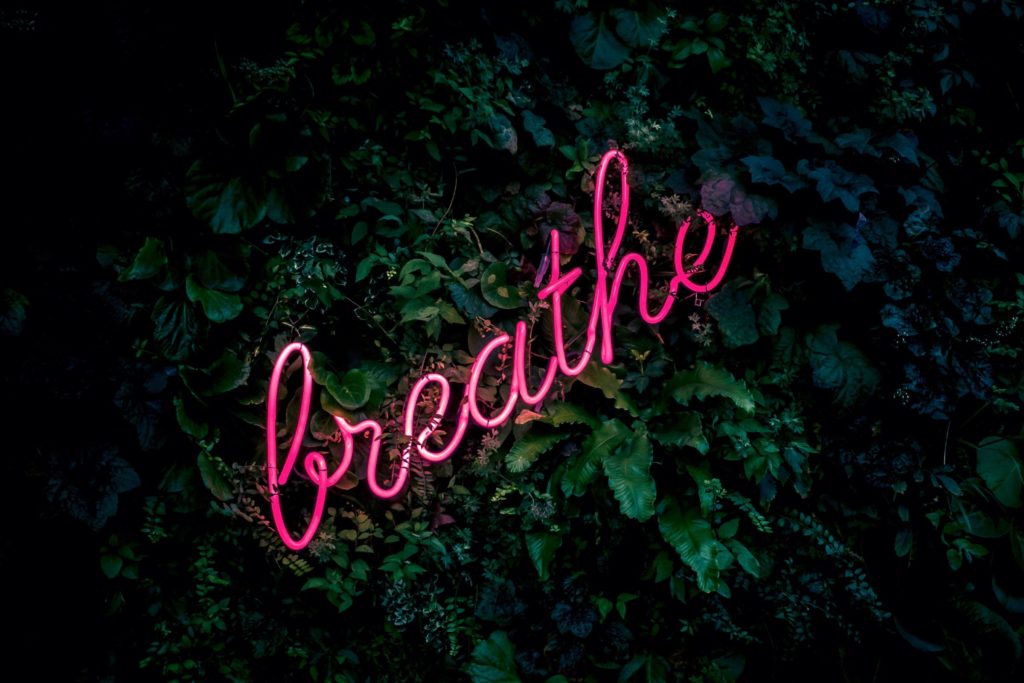 Going into the changing rooms, the smell of body odour hits my nostrils like a slap to the face. Don’t get me wrong, this isn’t a critique on the hygiene and cleanliness of DCBY; the place is clean as a whistle. The studio isn’t to blame, biology is. Having a stinky changing room just comes with the territory of making people sweat their brains out for 90 minutes straight.

Once changed, I brace myself for an equally pongy yoga room, but actually, this room has managed to stay odour-neutral, which is a relief. Fiona had told me she’d bring my rented yoga mat into the yoga room as I went to get changed, but didn’t specify where exactly she’d leave it. This means that I walk in with no idea as to which mat was mine. Spotting a few mats scattered around the place unattended, I decide to just pick one at random and sit down, hoping it doesn’t belong to anyone.

I have set out to sabotage this yoga enthusiast’s life, starting with the take-over of her mat, and she is not going down without a fight. 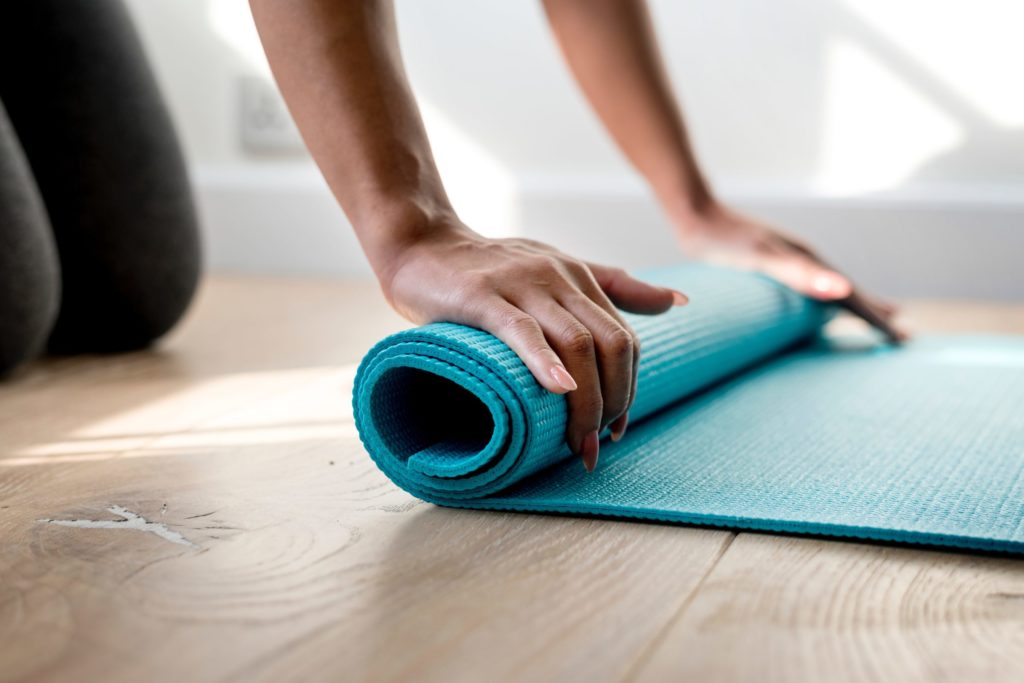 Within seconds of sitting down I realise I have picked the wrong mat. From the corner of my eye I spot a red-faced yogi woman thundering over in my direction. Uh oh. This woman is furious and barks “Hey! That’s my mat!!” so loudly that everyone in the room turns to look. Despite whispering profuse apologies and attempting to explain that I wasn’t sure which mat I had been given, she does not relent, and as I scamper away she engages in a long, angry stare. I have set out to sabotage this yoga enthusiast’s life, starting with the take-over of her mat, and she is not going down without a fight.

Mortified, I soon find a mat and the class begins. It doesn’t take long for my internal dialogue to go from “Wow, it really is warm in here!” to “Ok, I think I’m actually melting”. Everyone in the room is glistening and many are panting loudly as we go through the sequence of postures. Little beads of sweat start to appear beneath my fringe and upon my chest, until I practically can’t see, such is the waterfall of sweat dripping down my face (or indeed up my face, when my head is facing downwards).

The session lasts a total of 90 minutes, and although the first hour goes by faster than I thought it would, the last 30 minutes are really tough. 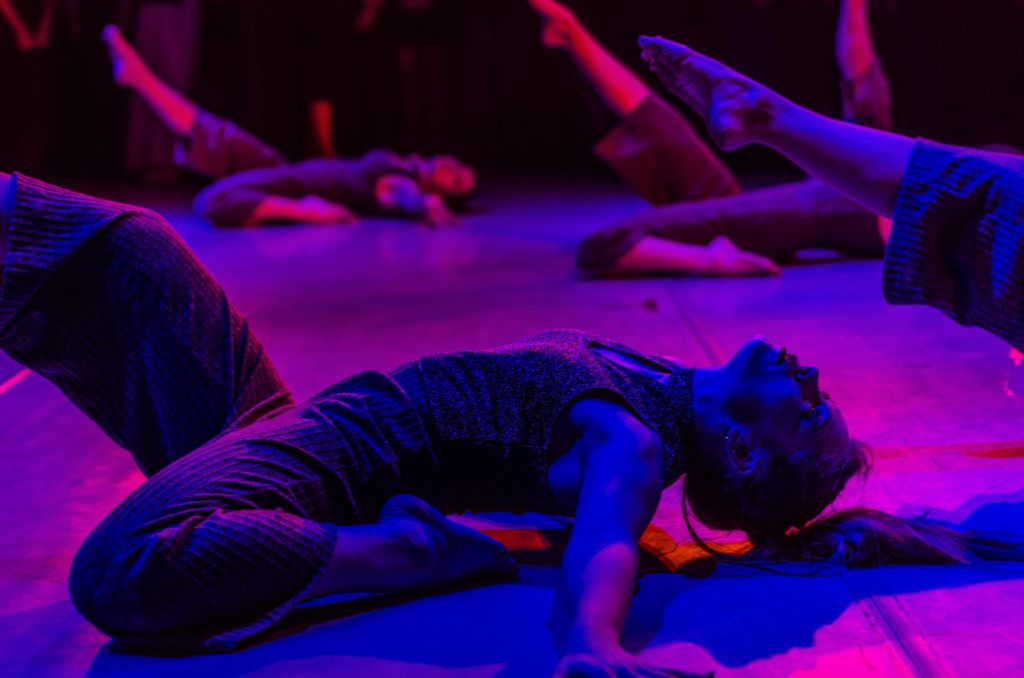 All shapes and sizes

There are people of all shapes and ages in the room; from the old woman who can hold a Tree posture better than anyone else, to the young man who looks like the biggest yoga stereotype I have ever seen (man bun, beaded braid in the long beard, a Jesus-on-the-cross physique, etc). Fiona is very supportive throughout the class; offering words of encouragement and gentle direction to whoever looks like they need it. She stresses the importance of taking a break whenever we feel we need it, and I take her advice at multiple points.

The session lasts a total of 90 minutes, and although the first hour goes by faster than I thought it would, the last 30 minutes are really tough. When Fiona finally calls the class to a close, I am overcome with relief and I take a moment to lie back on my sweaty mat and bask in the delight of completing my challenge. 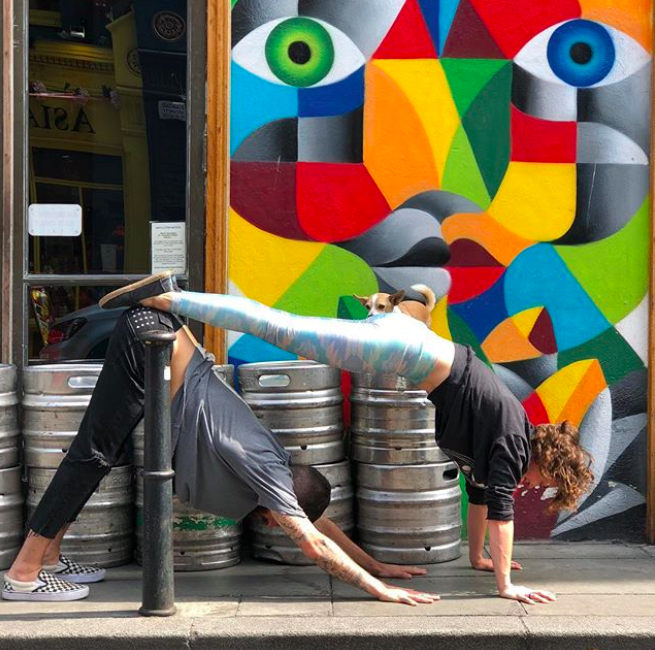 Many people rave about an “elation” and “incredible, addictive energy” they experience after a Bikram yoga session, and I must admit I don’t get that. Coming out of the yoga studio, I mainly just feel sticky and exhausted, but I do note a quiet sense of self-satisfaction bubbling inside. The internal delight of getting up early on a Sunday morning to do 90 minutes of exercise; being able to follow most of the instructions; knowing that I’ve achieved something before most people have even woken up – is definitely a good feeling.

I walk home and as the smell of smugness evading out of me starts to overpower that of sweat, I decide that yes, I will return for another Bikram class some day in the semi-distant future. Just once my muscles stop aching and my body’s hydration levels have returned to normal. For now though, I’m off to have the longest shower of my life. Namaste.