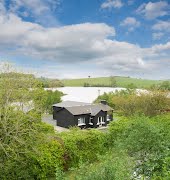 Amy Schumer: My Body Is Why I Write My Own Material

Hollywood is the pits for women and Amy Schumer isn’t afraid to call the industry on its bullshit. Be it via the medium of her incisive and brilliant sketch show Inside Amy Schumer, see her Last F***able Day here, or on stage at an Awards ceremony all the entertainment media is watching.

The Trainwreck star used her acceptance speech for the?Critics? Choice MVP Award, she also won for Best Actress in a Comedy, to talk about what really motivates her to write her own material – her stomach. Schumer said, while pointing out her tummy area, ?If you’re an actress and you have this area right here, you have to write your own stuff if you want to get it made.?

She also called out people who said her decision to pose naked for the Pirelli calendar was ‘brave’.

?This is where I get really ?brave? as everyone said after my Annie Leibovitz photo. That’s what you want everyone to say when a naked photo of you goes viral. You want them to say, ?What a brave photo.? You’re like, ?Thanks, wow, thank you.??

She also took some time to speak out against gun violence, a cause which has seen Amy invited to the White House.

It’s a long speech for one of these gigs, but all the points Schumer makes are top notch and necessary. Thanks for talking sense Amy.

Watch the speech in its entirety below.