Welcome to Trump’s America – a place where families are torn apart by law enforcers and fear rules over economics. But how did we get to this point, and what’s coming next? Amanda Cassidy reports on this week’s controversial immigration crackdown in the US.

Give me your tired, your poor, Your huddled masses yearning to breathe free, The wretched refuse of your teeming shore, Send these, the homeless, tempest-tost to me, I lift my lamp beside the golden door!” –  Engraving on the Statue of Liberty

Inside a temporary shelter in South Texas, 15 children lie on the floor of metal cages, covered in foil blankets and crying for their parents from whom they’ve been separated in the cruellest of ways.  Their pleas for their parents are ignored, and worse, mocked by officials. For years, US lawmakers grappled with increasingly aggressive ways to discourage migrants from making the trek North. But the idea of ripping crying children from their parent’s arms was considered simply too inhumane to embrace as policy. Until now.

A few weeks ago, after a rise in illegal border crossings, President Trump decided to follow the letter of the law and to criminally prosecute anyone who illegally crossed the border. The result has seen over two thousand children detained without their parents in makeshift accommodation. Even prominent evangelical supporters have described the policy as ‘disgraceful’.

Stephen Miller, Mr Trump’s senior adviser seems to be the driving force behind this zero-tolerance policy stating that they were simply carrying out laws that the Democrats had put into place. But critics of the administration say the entire situation is questionable morally. Senator Jeff Merkley is one of those horrified at what is going on on the US/Mexico border: “This is not a zero-tolerance policy, this is a zero humanity policy, and we can’t let it go on. Ripping children out of their parents’ arms to inflict harm on the child to influence the parents is unacceptable.” 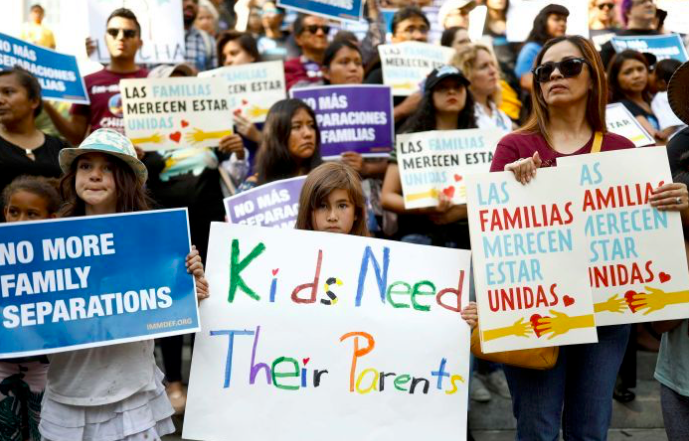 Opposition to the policy is also growing around the world with top UN human-rights official Zeid Ra’ad al-Hussein asking the Trump administration this week to end its ‘unconscionable’ measures. The director of migrant rights at the Women’s Refugee Commission visited the detention facility and says she was appalled by what she found – children left to fend for themselves with no toys or books and overhead lights that don’t get turned off.  “The government is literally taking kids away from their parents and leaving them in inappropriate conditions.

“If a parent left a child in a cage with no supervision, with other five-year-olds, they’d be held accountable.” 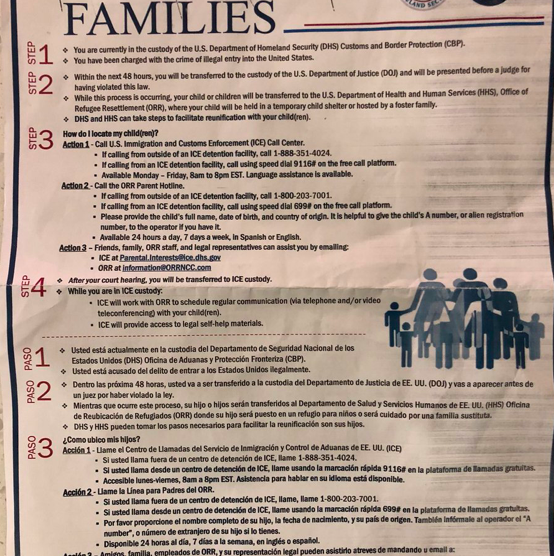 Land of the free and home of the brave?

Here at home, The Minister for Foreign Affairs, Simon Coveney condemned the situation, tweeting: “Separating children from parents as part of ‘border controls’ is indefensible, immoral and shocking. This kind of leadership gives license to other countries to follow inhumane policies towards vulnerable refugees. Is this making America great?”

Even celebrities have been moved to speak out. Mother of two and actress, Drew Barrymore took to Instagram to express her anger over the policy, uploading a picture of a child crying at the border as her mother is taken away. “I cannot take this anymore. I am a mother. Please, please, please, this image is the most upsetting thing a mother and a woman could ever see.”

Of course, Trump supporters are quick to point out that migrant parents shouldn’t try to cross the border illegally if they want their children to remain safe. They also blame the Democrats for coming up with the policy in the first place. But is interesting to know that there is in fact, no law stating that children and parents have to be separated at the border. US protocol just discourages leaving migrant children with their parents because the children are not charged with a crime and the parents are. Before, those who were accused of illegal entry (and who didn’t have a criminal record) were sent for civil deportation proceedings, which didn’t break up families. The reality is that there is a better, less cruel way of doing things here and Trump has decided to not to take it. 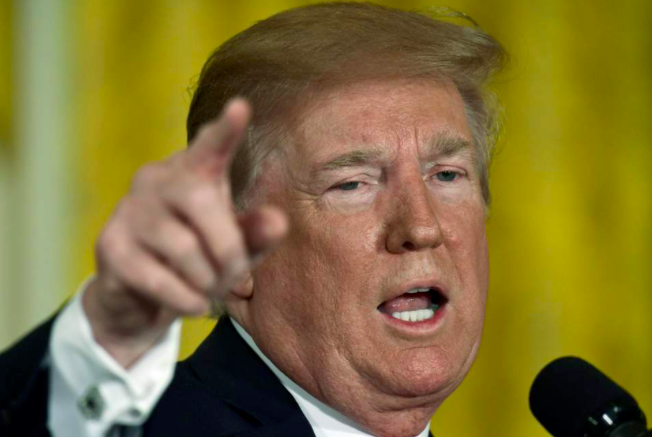 Of course, America doesn’t want to be flooded with refugees – especially since most of their applications will be eventually denied.

But surely a President that is so committed to the issue of immigration would also be attempting to do something to address the underlying problems that’s driving people to its doors in desperation.

The truth is that these families –  seeking a better life for their children –  are simply being used as a pawn in a political game. Trump wants to coerce Democrats into backing extensive reforms to legal immigration (which includes building his great wall of Mexico). So that’s what this really is – a giant game of chicken to see who flinches first, and the collateral damage is the mental and physical health of thousands of children.

We’ve heard the heartbreaking audio of distressed children calling out for their parents – It’s impossible not to be moved by the sound of pain and fear in their little voices. It is too convenient to dismiss this as media hysteria. America is better than this. This fiasco is the result of a carefully crafted political ploy. And no matter how this plays out, you have to wonder what other morally questionable acts this administration could be capable of?