Amanda Seyfried Feels Like Her ?Eggs Are Dying Off?

There are so many reasons we heart Amanda Seyfried here at IMAGE.ie. She gorgeous, funny, talented and doesn’t shy away from talking about the bigger issues in life. From being open about her struggles to overcome anxiety and just generally being able to speak her mind, we think she’s one hell of a role model for women.

Seyfried who is the tender age of 29, was recently open about another issue that we seem to be talking about a lot lately – her eggs. In an interview with Marie Claire the star spoke of her worry that she felt her ?eggs were slowly dying off,? the older she was getting.

?I keep feeling like my eggs are dying off. Once you’ve turned 30, you might only have a 20 per cent of getting pregnant [each cycle]. And that’s if everything is working well. Isn’t that crazy? I need to get on it. I want a child, badly,? she said.

It’s refreshing to hear the actress speak in such a candid way about an issue that so many women think about, as they get older. And though part of us wants to say she’s crazy to have such fears at just 29 (she’s still a baby, really and plenty of women today are starting families much later in life), her concerns may carry some weight.

ICYMI: Women Should “Be Encouraged” To Freeze Eggs By 35

A recent study said that women should be urged or ?encouraged? to freeze their eggs by the age of 35 if they’ve not had children before then. They added however that their chances of having a baby naturally plummet after they turn 38, and as Seyfried is 10 years younger, we think she doesn’t have to start panicking too much just yet. 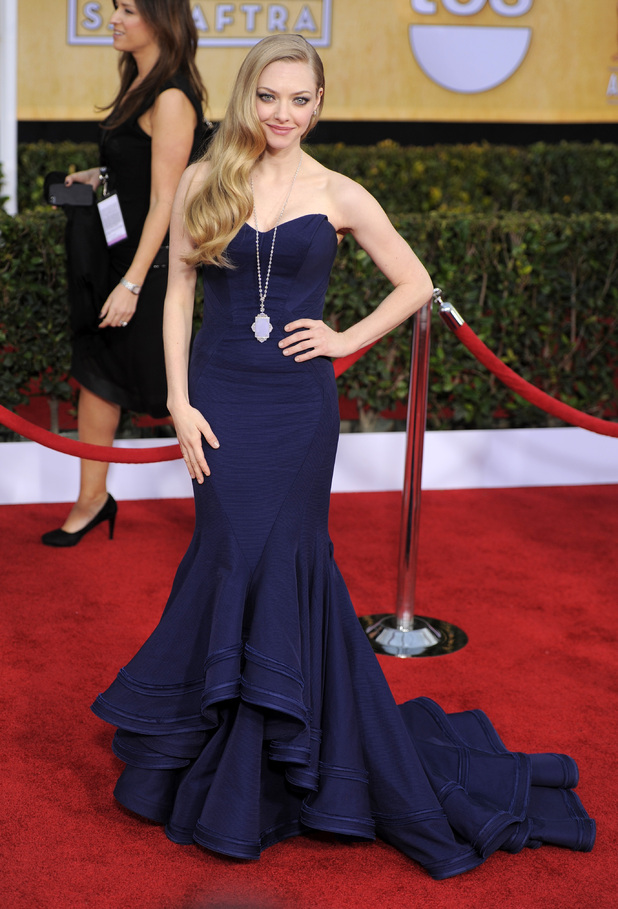 Regarding pregnancy and motherhood, she also confessed a very real fear: ?I’ve been feeling it for like, two years [having a child]. I’m not ready, but nobody is ready,? she said. Wise words.

As if we didn’t need any more reasons to love her, she also revealed that she likes the idea of marriage, but wants to stay well away from a big, showy wedding, she puts being happy ahead of her career – ?I’ve made some tough decisions. I turned down some pretty big stuff. I didn’t want to be an action hero for like, ten years, because I don’t want to be miserable. I think happiness comes from being free? – and is continuing to be upfront about wanting to de-stigmatise mental health issues:

?[Therapy] is coping with life,? she adds. ‘I just think, you go to your doctor about heart problems, or an eye doctor if you have an infection, you have to take care of yourself. Mental health is so segregated, it sucks. You don’t necessarily have to have something wrong with your brain to have mental-health issues.?

You go Amanda. Do you think the Mean Girls actress is right to be concerned about her eggs at just 29?