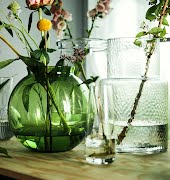 Director Paul Feig tweeted a picture of the dream team last night and the fandom has been clapping their hands in glee ever since.

Feig worked with Wiig and McCarthy previously on the smash comedy Bridesmaids, while McKinnon and Jones will be familiar to fans of Saturday Night Live. The Guardian points out that all the cast is over 30, thus challenging Hollywood stereotypes regarding ?older? actresses in lead roles.

The movie isn’t a sequel to the two other Ghostbusters movies, but rather a new film entirely. A third movie starring the original cast had been mooted in recent years but was scrapped after Bill Murray wouldn’t sign on. The death of actor Harold Ramis last year saw the project abandoned. Ghostbusters will start shooting in New York this summer with a release date of 22nd June, 2016 penciled in.

Now all we want to know is which female singer is going to reinvent this catchy theme tune?