Earlier this year, Pretty Little Liars star Ashley Benson reaffirmed just how grim the entertainment industry can be, when she revealed that she had been called “too fat” for a role. ?She had no qualms about speaking out about the issue, saying the whole thing was “ridiculous,” yet it had an affect on her, and she explained she “cried for 30 minutes” upon being told this this. However, the actress has bounced back, and in a new no-holds-barred interview in Health magazine, Benson said she dismissed such ludicrous comments. “I feel good. I don’t want to lose 20 pounds, because I don’t need to.” Hear, hear.

However, it took a while for Benson to feel as ease with herself in such a pressurised industry. She revealed that she has been struggling from “intense anxiety” for the last number of years and is still trying to manage it.

“I try to take an hour nap. If I don’t get sleep, I found that I get really bad anxiety,” she said. “I started getting panic attacks for two years straight. I think it was 2011 to 2013. I could barely go to work. It would get so bad that I would have to leave set. Or I’d be driving, and I would have a panic attack.”

She described one particularly frightening moment. “I had a crazy incident on set: I had heart palpitations, and I thought I was having a heart attack, so I fainted on set and turned blue. The paramedics were there. Once that happened, I was like, ‘That’s going to happen to me every single day,’ and it was just that constant fear. So anytime I felt some sort of weird thing, I’d be like, ‘Here it goes ?'” 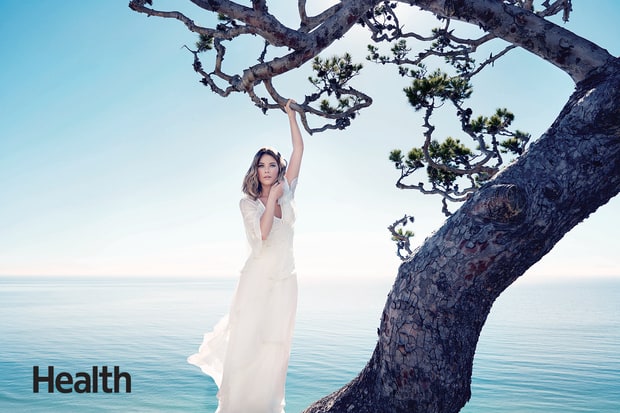 The star was unafraid to say that she is still trying to get a handle on her anxiety, and shared some of her coping mechanisms, citing a regular fitness routine as a successful one. “That’s part of why I work out, too, because it has canceled out the anxiety. I was on Xanax for a long time. It helped, but I decided I was going to be able to self-medicate through meditation, working out, sleeping, eating healthy and drinking more water,” she revealed.

“I have this meditation app on my phone. I use it at least three times a week. There will be times where I will get [anxiety], but it’s not a full-blown panic attack. It’s just for a couple hours I feel as if I’m going to die. I had a friend who was like that for, like, seven years. She wouldn’t leave her house, and then she finally dealt with it. Anxiety is horrible.”

While it’s worrying that so many stars in the same industry have revealed they have dealt with similar mental health issues, what’s encouraging is that, like Benson, they are speaking out to raise awareness, end stigma and encourage others to seek help.

While it can’t have been easy for the 26-year-old to talk publicly about such a personal issue, we applaud her for having the courage to do so.