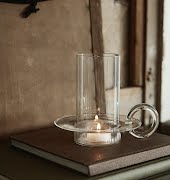 Ahead of her appearance at our digital masterclass, journalist and social influencer Rosemary Mac Cabe spoke to IMAGE about her successful foray into the digital world.

How did you start out?

Mine was a kind of long and winding road, as so many people’s are into this still mostly unknown world we call digital! I had my own blogs, on and off. I think I went through five or six different online spaces, while also dabbling with Bebo, then Facebook and Twitter and, later, Instagram, Pinterest and now, my favourite, Snapchat. Also, while I was doing an MA in journalism, I got a few days of production work at The Irish Times. I started writing for the paper, and then set up?irishtimes.com‘s first fashion blog, the now defunct?Fash Mob. I guess I’ve always been really opinionated, both on and offline, and that really helped me to garner a following. But my social media channels – Twitter in particular – really only took off once I got caught in the ash cloud, back in 2010.

Who was your first client and what did you do for them?

I actually couldn’t tell you. Again, it’s such a murky and confusing world… I guess one of the first “jobs” I did was for Louis Vuitton. I did a cultural city guide of Dublin for them. We shot photographs all around the city and I sent them copy to use in a dedicated app. But, that being 2012, I wasn’t savvy enough to ask for money – I thought it was such a privilege to be asked!

Have things changed in the meantime?

Well, from a personal point of view, I don’t do things for free anymore – unless there’s one very specific factor: I really, really want to do it. So this might mean that I’ll reach out to a brand I adore and ask for some product in exchange for social media promotion. I might offer to do some online coverage for a new Irish brand (I recently did this with Ember & Earth raincoats) or agree to do something that, in theory, should be paid work, because it’s something I love!

What are clients requirements nowadays?

Clients are really savvy now, although, in Ireland, we’re still quite far behind the US and the UK in terms of specifics. Clients will often say “we’d like three social media posts” tied into some online content. And I’m like, well, which channels are you talking about? Instagram? Twitter? Snapchat? Facebook? What kind of posts? ?It’s a lot more complex than they think it is. There’s also this weird thing that happens where you get asked to do things, “and it’ll just take an hour of your time”. So clients expect you to say, “okay, well that’ll cost you €50”. But what they’re really asking for – and what you’re really charging for – is your audience. And it’s an audience that, in my case, I’ve been building up for the past six years. I’ve put blood, sweat and tears into my social channels, and for someone to then suggest that I’d do social media coverage on the cheap because “it won’t take you that long” is, frankly, insulting.

Who do you admire in the digital world and why?

I admire a whole host of different people, and for very different reasons. There’s Leandra Medine, the Man Repeller. She’s been around for a couple of years now, but she’s been really smart about taking her quirky little blog and creating an empire out of it. On which note, Emily Weiss is a powerhouse. She set up a makeup and beauty blog, Into the Gloss, and then segued into Glossier – an incredible line of beauty products that is much coveted. ?Back home, it’s a little trickier – I feel like, for a small island, we’re quite saturated with self-professed “digital mavens” (myself included!), and a lot of us are very good at blagging and not very good at?actually?doing what we should be doing, and doing it well. I guess I’m currently feeling quite sour towards the whole Irish blogging scene because of the fact that very few people are adhering to the ASAI guidelines about disclosing payment – it makes it hard to trust people. Rosie Connolly is one, though, who’s being really smart and strategic; she was the first influencer Andrea Roche took on, and she uses the disclosure hashtags #ad and #spon all the time. ?Then you’ve people like Andrea Horan, one of the busiest women around, who owns Tropical Popical and the digital PR agency Tropical Hype, and also manages to come up with smart ideas like The Hunreal Issues in her spare time. Anouska Proetta Brandon is an Irish blogger who manages to stay very much under the radar – she doesn’t do workshops, she doesn’t rock up to every single event, she’s not selling anything to her followers – but has one of the most beautiful brands you’ll see. In terms of retail and digital, Marissa Carter has to be admired – or at least stared at in awe! She’s an unstoppable force right now.

Rosemary Mac Cabe will be on the panel at our Digital Masterclass?with Paul Dunphy and Kathryn Mason, moderated by Maryrose Lyons?at The Gibson Hotel onThursday, July 7th. For tickets click here, email [email protected] or call 01 271 9615.