5 festive hotels around the world worth staying in this Christmas

Treat yourself, or a loved one, to a surprise stay at a glitzy hotel this season, says Lucy White. 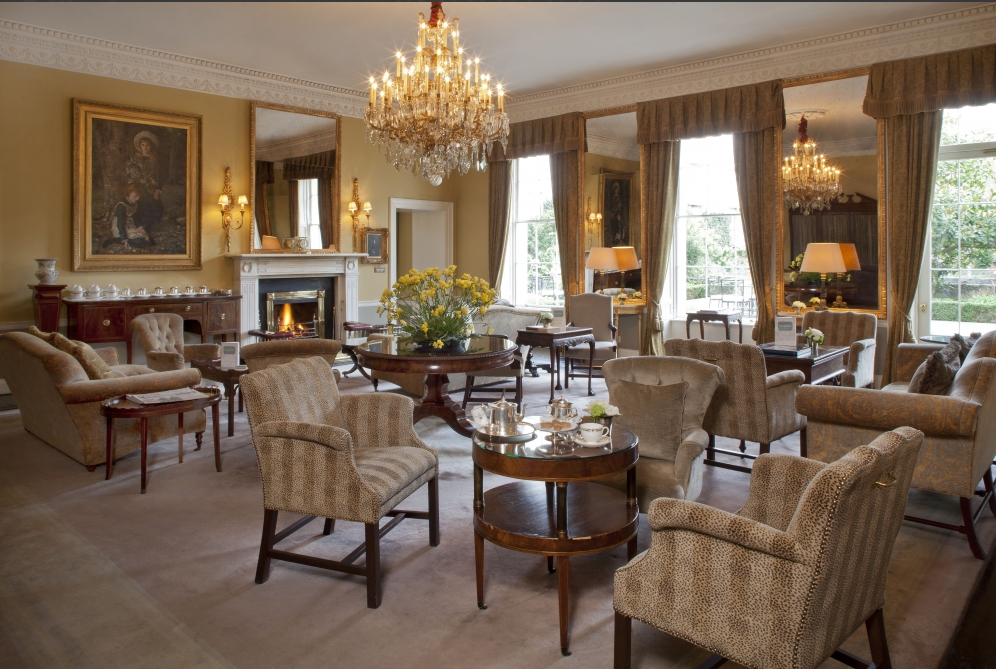 Even Ebenezer Scrooge would feel festive at Dublin’s venerable Merrion Hotel. Comprising four beautifully renovated Georgian townhouses on the same historic street that includes Government Buildings and the National Gallery, this festive five-star is decked with boughs of holly, and then some, from November to the 12th day of Christmas. Settle in front of a crackling peat fire in the Drawing Room, supping either afternoon tea or hot port to a live soundtrack of carol singing (selected dates in December). Or, retire to your classically decorated boudoir after a heavenly ESPA massage or facial for optimum, guilt-free hibernation. (Upper Merrion Street, Dublin 2, 01 603 0600; merrionhotel.com)

Built by theatre impresario Richard D’Oyly Carte with profits from his Gilbert and Sullivan operas, The Savoy was Britain’s first luxury hotel when it opened in 1889. Blindingly high-tech, it had electric lights and lifts, hot and cold running water and en-suite bathrooms. It has lost little of its lustre in the 21st century, with original and/or restored interiors honouring its glittering past – including Victorian-style bling this Yuletide. Until January 1 it hosts a Scents of Christmas Afternoon Tea in collaboration with the English heritage fragrance brand Penhaligon’s, while well-heeled revelers can raise a glass in the beautiful and storied American Bar – officially World’s Best Bar 2017 – before dining at the Savoy Grill, Gordon Ramsay’s homage to the hotel’s first-ever chef, the mighty Escoffier. (Strand, +44 20 7836 4343; fairmont.com) 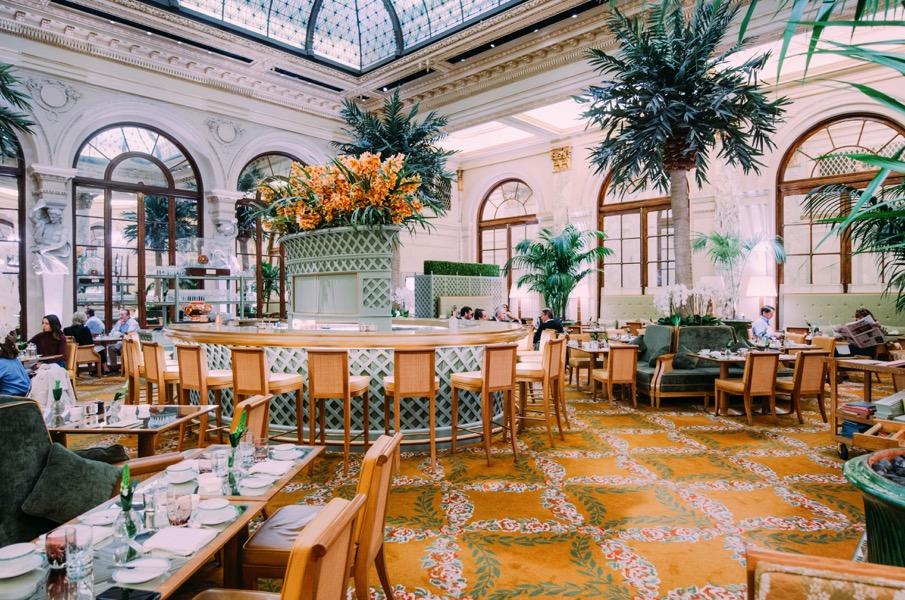 As one of Manhattan’s starriest hotels, The Plaza, unsurprisingly, pulls out all the stops during holiday season. It all starts the night before Thanksgiving, when hotel staff work throughout the night to decorate the entire property to royally surprise guests the next morning. Expect to be dazzled, literally, by decorations on the five-metre-plus tree in the lobby – if you’re not already bedazzled by the 24-carat gold-plated taps in your butler-serviced guest room – before taking a seasonally-inspired high tea in the leafy Palm Court. Also, don’t be fooled by the hotel having celebrated its 110th birthday in 2017 – far from fuddy-duddy, it has in-room iPad controls for lighting, temperature and services. (768 Fifth Ave, +1 212 759 3000; theplazany.com)

Sex and the City may feel like a hundred zeitgeists ago, but few can forget the scene when Carrie Bradshaw got an eyeful of the Eiffel in the series’ final episodes. It was filmed at the Hôtel Plaza Athénée, whose undulating façade, flecked with red sun-shades, dates back to 1913, when it opened as a hotel and residence. It’s a considerably bigger, grander prospect these days, thanks to a century of monarchs, dignitaries and A-listers passing through its doors – there’s also a Dior spa, and super-chef Alain Ducasse oversees all five restaurants. Check in and check out La Cour Jardin – the Plaza’s private ice rink – before elegantly scoffing a Christmas Tea spread. (25 Avenue Montaigne, +33 1 5367 6665; dorchestercollection.com) 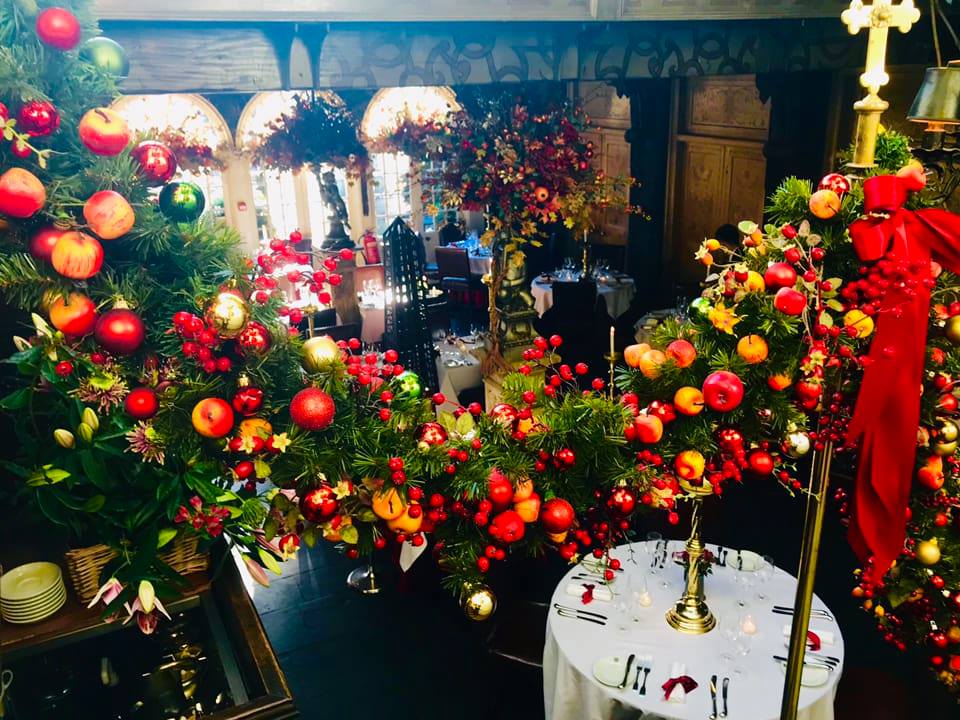 You could probably visit The Witchery at any time of year and feel a bit festive, such is its Gothic-revival ostentation. Prepare to have all your Outlander or The Tudors fantasies indulged across what is essentially a collection of historic buildings dating back to the 17th century, some of which house nine suites, some its dining rooms: the eponymous – and opulent – restaurant, and a sibling eatery, The Secret Garden. Original oak panelling, four-poster beds, antique furniture and tapestries and Henry VIII-size roll-top baths collide with 21st-century comforts, such as in-room Bose speakers and hair straighteners. It’s all a bit bonkers but completely brilliant. (352 Castlehill, +44 131 225 5613; thewitchery.com)

This article features in the new December 2017/January 2018 issue of CARA magazine, the in-flight publication of Aer Lingus. aerlingus.com