If International Women’s Day has taught us anything this week, it’s that amazing things can happen when we take the time to recognise and champion women who are doing worthwhile things in the world. Unfortunately, history hasn’t always been on our side in that regard. For centuries, many overlooked women in history have dealt with severe oppression, maltreatment and even persecution for fighting for their basic rights and pursuing their dreams. So many of the most influential people in history have been forgotten or left out of the history books, simply because of their gender. “For much of history, anonymous was a woman”. Virginia Woolf had it sussed.

Now that society is moving closer and closer to an equal playing field that celebrates women’s achievements, the focus has turned back to our history and how we can try to rectify the wrongs that were done to the women who went before us. These three projects are informing the masses about the women in history whose achievements deserve recognition. 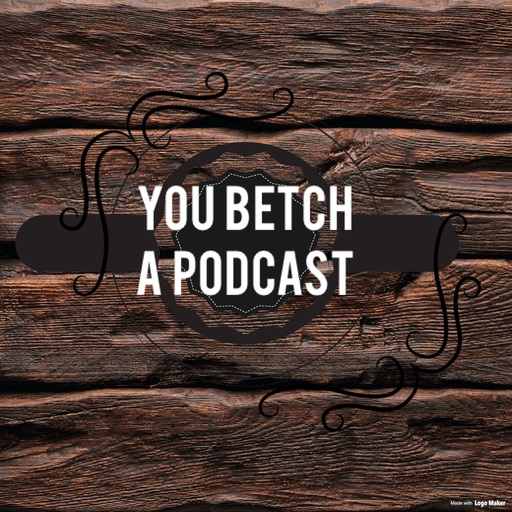 You Betch was started last summer by Morgan Colburn and Heather Schroeder, with the aim of showcasing the stories of “incredible, bad-ass betches of past and present”. The podcast focuses on women from all backgrounds, not just those women who history overlooked, with a huge amount of research going into each episode. The mix of women featured on each episode makes for some really entertaining listening and you’re guaranteed to have at least one woman per episode that you haven’t heard of, which is kind of the point! Featured women of interest include Mongolian warrior princess Khutulun, May Alcott (Louisa May’s younger sister) and Madame St.Clair, the famed mob boss of Brooklyn.

The Irish entry on our list began in 2012, created by a board of women with the aim of ‘promoting the formal recognition of the role of women in Irish history as well as the role of Irish women abroad’. The project is a virtual museum, in that it exists solely online. The website hosts articles and profiles about Irish women of interest throughout the ages, including activists, actors and fashion designers, who made waves at home and abroad in their fields. It’s a wealth of knowledge for anyone interested in Irish women’s history.

3. ‘Overlooked’ by the New York Times 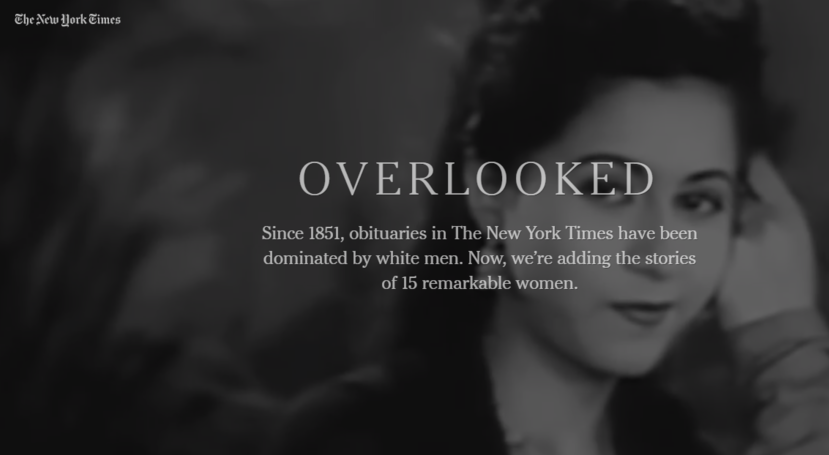 Apart from the front page, the obituaries page is the most read page of the newspaper. An obituary can have a massive effect on how a person of note is remembered, and writing one correctly and respectfully is something of an art form. So when it came to this year’s International Women’s Day, The New York Times decided to add some very important names to their bank of obituaries.

The ‘Overlooked’ project went live this week and honoured 15 women who had not previously been given a NYT obituary. The project will continuously add to the archive in the coming months. Women like photographer, Diane Arbus, transgender activist. Marsha P. Johnson and actress, Madhubala (Bollywood’s answer to Marilyn Monroe) are featured.