Hipsters and high culture wasn’t all Laura George found blooming on a recent visit to Amsterdam.

When great swathes of bulbs create rivers of saturated colour throughout Amsterdam, they announce the arrival of sunnier times ahead. Everywhere, winter greys and browns are tempered by spectacular primary drifts and spot colour.

A walk through the city on the way to the Rijksmuseum or the Van Gogh Museum takes you past plenty of eye candy but the mother lode is to be found at the nearby Hortus Botanicus (Plantage Middenlaan 2a). One of the oldest botanical gardens in Europe (1638), it’s good for way more than bulbs, of course. True aficionados will catch a bus out of town to the Keukenhof Gardens, which attracts 800,000 visitors in April and May and is re-designed to wow every year. It’s easy to make a whole day of it, renting a bike there to cycle through the flower-filled fields (no hills!) on one of the many 5-25km trails.

Back in town, ditch the bike idea unless you’re incredibly brave and can keep up with the whizzing, helmet-free local cyclists and instead retreat to the city’s shiny new Hoxton hotel in the heart of happening Herengracht. Like its slightly older Shoreditch and Holborn cousins, this is a city-centre hotel thick with well-to-do hipsters. In the open-plan ground floor lounge and restaurant, everyone seems to have their laptops open but chat clearly trumps keyboard tapping. Rooms have historic bones – dark panelling, soaring ceilings and windows overlooking one of the two canals between which the former mayoral mansion sits.?(The Hoxton, Herengracht 255, +31 20 888 5555; ?Shoebox? rooms from €95). 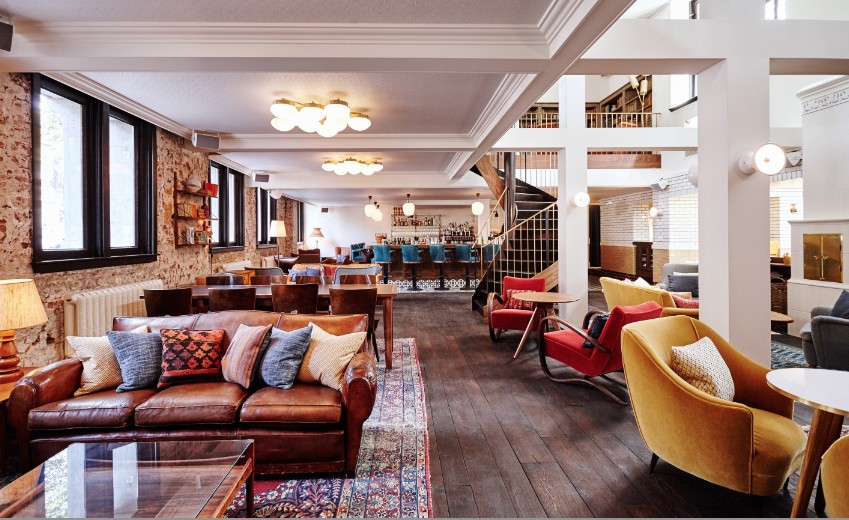 The area’s Nine Streets contain the city’s most concentrated edit of design and antique shops, coffee bars, restaurants and boutiques. After you’ve had your fill of retail and caffeine, venture into the Red Light District to visit Ons? Lieve Heer op Solder or Our Lord in the Attic, a cleverly concealed, 17th-century church in the former home of a Catholic merchant. Between this and the Anne Frank House (don’t even attempt a visit unless it’s first thing in the morning or just before closing, unless you love a good queue), you’d be forgiven for thinking every attic in Amsterdam has a major hidden secret.

Chances are if it’s warm enough for tulips, it’s warm enough to contemplate drinking and dining al fresco. The waterside EYE Film Institute (2012) is the ideal spot to do either, with views over the harbour as well as state-of-the-art cinemas. Alternatively, start at the Hortus Botanicus and head via the striking interactive Science Centre NEMO to Hannekes Boom for craft beers, live music and barbecue.

Discover this article and more adventures in the current issue of Cara?and follow them on Twitter @CARAMagazine