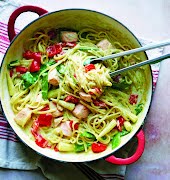 This man knows a little (no, a lot) about the music industry. We asked him to define key moments of 2013 and he came back with this…

?Alex Turner has well and truly ditched the happy-go-lucky, cheeky chappy routine with which he burst onto the scene with as a precious teenager in 2005. Borrowing Elvis’ pompadour, Morrissey’s lyricism and Josh Homme’s swagger, Turner has developed into one of the biggest rock stars on earth today. Arctic Monkeys’ fifth album AM is the best rock album of the year and has, if there was any doubt previously, underlined Turner’s ascendance from prodigious teen to bona fide superstar.

The return of the single

Daft Punk’s ‘Get Lucky’ and Robin Thicke’s ‘Blurred Lines’ were unquestionably the two most defining singles of the year – but the reception for each of the songs was wildly different. ‘Get Lucky’ sent the blogosphere into a tailspin upon its release, fusing the combined talents of Nile Rodgers and Pharrell Williams with Daft Punk’s production nous into the feel-good song of the year. ‘Blurred Lines’ sold more copies than ‘Get Lucky’ but was the recipient of heavy criticism due to the perceived misogyny of its lyrics , becoming the first song to ever be banned by Queen’s University in Belfast.

There is no bigger star in music today than Kanye West. Anything he releases nowadays is an event, never more than when he dropped Yeezus in June. Yeezus is a magnification of all of Kanye’s talents and – perhaps even more so – his flaws. Filled to the brim with incredibly over-the-top songs about his relationship for Kim Kardashian, racial issues, ego, self-esteem and everything in between, Yeezus is a mind-boggling magnum opus of unapologetic, conflicted genius.

The music press was aghast a couple of Fridays ago when Beyonce released her fifth album without telling anyone beforehand. In an industry plagued by the growing epidemic of leaks and illegal file-sharing ,it’s downright shocking that Beyonce (and the studio engineers, music video directors, album artwork staff etc etc etc) managed to keep their lips sealed but it says a lot about the profile of Beyonce that it took a star of her magnitude to completely subvert the traditional means of record promotion and distribution.

Irish music is in a very good place

It’s difficult to think of a period of time in which Ireland’s music portfolio seemed more fruitful. 2013 brought more success to Conor O’Brien and his Villagers in the shape of a second successive Mercury Prize nomination, while Cavan’s Lisa O’Neill earned a distribution deal with Domino Records. Kodaline, Gavin James, Le Galaxie and Little Green Cars are just a few of the others who made one hell of an impact this year.

John Balfe is Music Editor of entertainment.ie (and our Ed, Ellie’s, brother) and he would like to mention that ?entertainment.ie?are hosting a gig in The Button Factory on Jan 30th, with Le Galaxie, O Emperor, Gavin James and Cave Ghosts. Tickets are on sale here and he recommends the night highly!